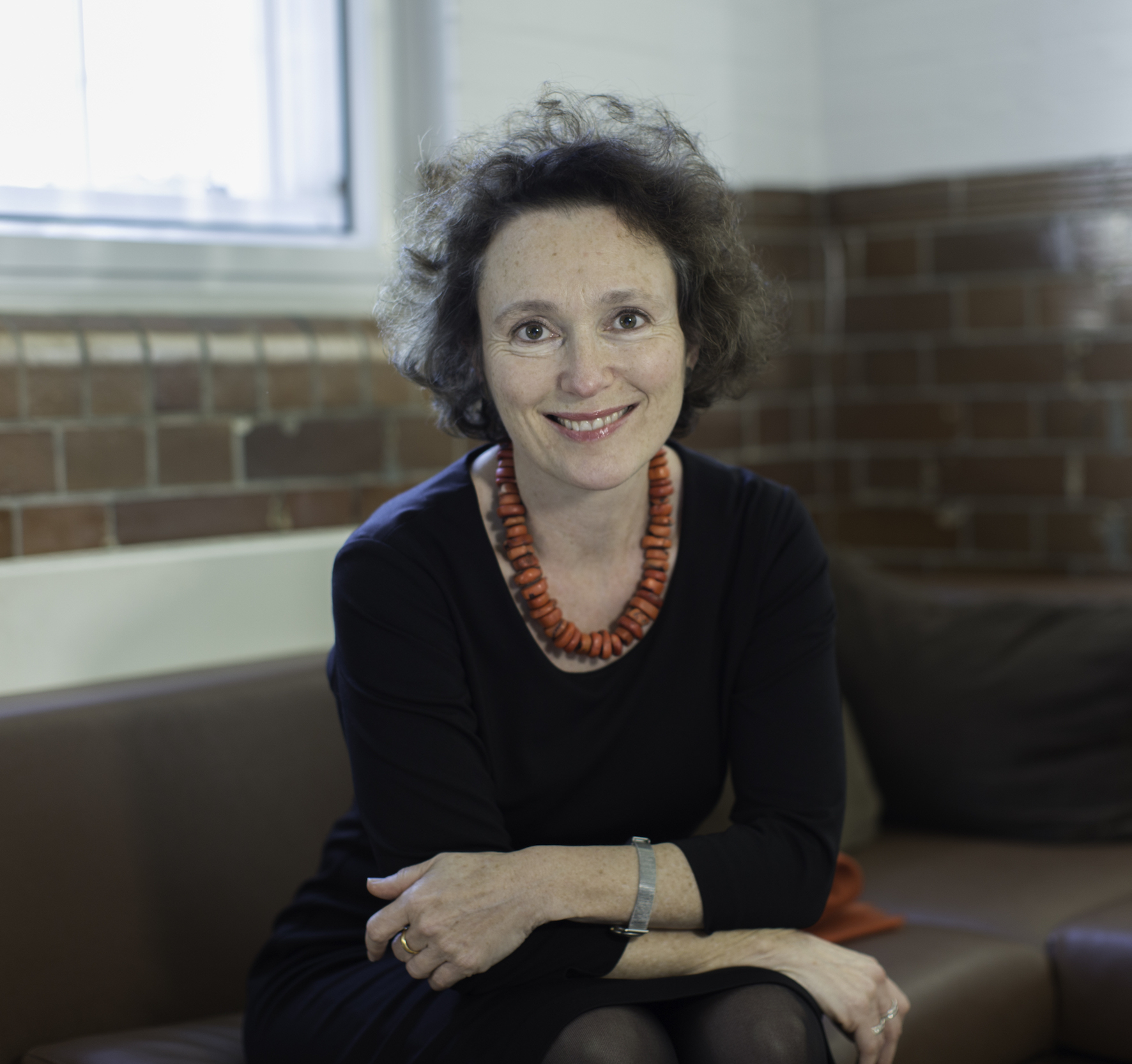 The Cultural Olympiad was one thing, a celebration of teamwork in art, a joyful declaration of collective pride in culture, what artist couldn’t be inspired by that? And putting together the London 2012 Festival that capped the whole thing made Jenny Waldman’s reputation. But the First World War?

Maria Miller was only culture secretary for 18 months, but her moment came in 2013 when her Cabinet colleagues had shown a distinct lack of enthusiasm for anything to do with the centenary of the First World War. “But she saw the cultural possibilities” Waldman says, “that artists could be at the heart of this. The Olympics had been such a celebration, but the arts could have a role to play when things are altogether more sombre and serious. It’s still a national event, a water cooler moment, when artists would have something to say to make a connection between that time and people now”.

There would be a bit of government start-up funding, but the majority of the money would have to be raised. “Artists are reinventing the war memorial as living art that captures our imagination and rests in our memories” Waldman says now.

The key was public participation, and the aim was to get as near to 10m people as possible in five years. After four it had passed 30m.

Once Mrs Miller had defied the indifference of colleagues and, with the clearly reluctant endorsement of the communities secretary Eric Pickles, announced at a hasty press conference that the First World War’s centenary would be properly and soberly respected by the whole nation, the question of who should run it was not much of a question: Jenny Waldman had delivered the London 2012 Festival, the biggest and most successful street celebration of its kind anywhere in the world, there was no-one else in the frame.

Waldman was born in London, educated in Camden and at Oxford where she joined the Oxford University Drama Society and fell in love with theatre. But not as an actor - “I loved it but didn’t l think I could hack it as a career – working 12 hours a day in coffee bars while waiting for auditions”. She did a post-grad course in cultural administration at City University and went into producing, running the touring company Foco Novo. Then she joined the Arts Council running its theatre projects fund – “new work, new companies, new style of theatre, a very exciting time in terms of changes in theatre”. It was the end of the 80s, the days of Complicité and Lumière, but after three years she had moved on, to the South Bank Centre.

And that was the start of the Jenny Waldman phenomenon. Under Richard Pullman and Nicholas Snowman, the SBC – now finessed in the Southbank Centre – was beginning to turn itself from a concert venue into an arts centre, and she had to work out how to programme for other art forms. “Public involvement started here” she says definingly. There had been outdoor work on the South Bank but it had stopped long before. “We had to find a way to get to people who don’t go to the halls and galleries” and she brought festival to the Festival Hall site – so when there was an exhibition of Aboriginal art at the Hayward, for instance, there was a complimentary festival of music, food and dance on the walkways and riverside outside. “It was eye-opening just looking at how people engage with the arts, people who don’t think of themselves as knowledgeable about it. There were no barriers and 25 years ago it was unusual for an arts centre to do that” she says. “Now it’s absolutely commonplace”.

Next came an even bigger challenge: Somerset House. When Waldman arrived in 1999 something like 0.04% of the population knew it was there. The Courtauld institute was in the north block, the Inland Revenue was in the east and west, and the south block, to become an exhibitions centre, was a building site. At the centre was a large private car park for the civil servants. There had been campaigns to bring back the “learned societies” that had once been there, and it was the determination of Lord Rothschild that got at least part of it into the public domain. Her job, once the cars had been expelled from the Italianate piazza that was revealed Italianate piazza – “No grass and therefore no mud” – was to devise and programme activities and arts events for the courtyard.

She brought the ice rink in, rock concerts, open air cinema – and all sotto voce so that the civil servants still in their offices were not disturbed. She commissioned dance pieces devised around the fountains that had been implanted, and as the tax people moved out and more space became available Somerset House became popular venue for the first time in 200 years.

Then, late in 2010, came the call to join the Cultural Olympiad team as cultural producer. “We had 18 months – it was like hurtling down a motorway in a lorry at 100 miles an hour”.  It was hugely ambitious, conceived by the Cultural Olympiad chairman Tony Hall and director Ruth Mackenzie.

“The central idea was of using the 2012 festival as an opportunity to celebrate arts in UK and really give it a showcase of how fantastic the whole arts sector in the UK is” Waldman says, “how people throughout UK very much wanted to be connected with the Olympic idea.”

Across the nation, 25,000 performers were involved in 12,000 events, many of them free, with more than 200 artists from 35 countries. It was British, international, multicultural, inclusive, contemporary, historical, with every kind of music, dance, comedy, drama, visual art, even fashion. And youth was the underlying theme – 3.5m are reckoned to have engaged with it.

“It was not about medals and winning but doing the absolute best we can, and the idea of the world’s press being on us looking at the rest of the UK beyond the Olympic Park let us put on a really great show – politicians bought into it, and the surprising power of the people bought into it, from the moment the Olympic torch arrived” she says.

“We don’t produce but we know who does”

The lesson she brought from 2012 to 14-18 NOW was how much more can be done with partnerships. “We didn’t want to create a large organisation” – she has a team of just 13 in space donated by the Imperial War Museum – “We don’t produce but we know who does, so the key was to work with all the brilliant arts organisations already in the UK.”

So there’s been the extraordinary Poppies, the installation created by Paul Cummins and Tom Piper which is a mix of visual art and drama with thousands of ceramic flowers flowing from heritage  sites; the Dazzle ships, the  camouflaged warships of 100 years ago rethought by Peter Blake and other artists; “We’re here because we're here” conceived by Jeremy Deller when thousands of volunteers dressed in First World War uniform and mingled like ghosts with the modern public, an idea that came to the arts as he rode his bike down the Holloway Road but took two years to realise.

And there’s much more to come in this last year of the centenary. Fter having had the run of the IWM archive Lord of the Rings film maker Peter Jackson will refurbish and colour World War I films to present them as if they had been made yesterday in the contexts of individual stories; 1918 was also the year that women got the vote at last, and Gillian Wearing is creating a statue of  the Suffragist leader Millicent Fawcett for Parliament Square, the only woman to be represented there, while Artichoke is creating a participation artwork, Processions, to mark female suffrage; William Kentridge will make a performance work about the role of African porters in the war; Shobana Jeyaskingh is making a dance to revord the 1918 Spanish flu epidemic that killed more than the war; and in the final flourish of 14-18 NOW Danny Boyle, genius of the Olympic ceremonies, is making a piece for Armistice Day ion November.

“What we said we could do was to get contemporary artists to look at it afresh, to meet historians, look at the archives, and then release them to be creative in directions nobody else had gone.”

1996-1999      Arts management consultant. Joint executive director of the French Theatre Season; audience development study for the Barbican Centre; consultant to London Arts Board on The Big Agenda and London Calling fund for large-scale projects making an impact on London; feasibility studies for the Wigmore Hall and the Almeida Theatre; report for Arts Council on framework for Year of the Artist in 2000; Arts Council stabilisation pilot programme. Associate of AEA Management Consultants.