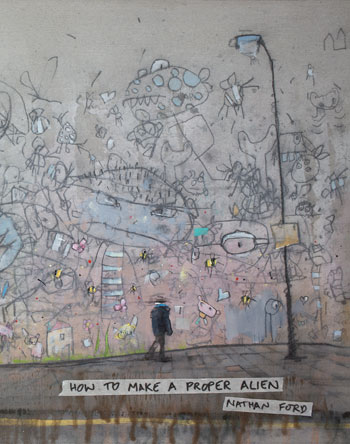 The artist Nathan Ford hopes a book he wrote for his son will help others deal with their demons after the death of his best friend, and benefit the charity Macmillan Nurses. Simon Tait talked to him

Reuben and his cousin Tom were the best of friends, born within just a few days of each other. When they were seven Tom was diagnosed with bone cancer, and he died three years later. The experience inspired Reuben’s father, the award-winning artist Nathan Ford, to create a book to help his son through his pain, and to confront other challenges. Now the book, How to make a proper alien, is being offered for sale to raise money for Macmillan Nurses (www.macmillan.org.uk).

South London born but now living in South Wales with his wife Anna and their two sons, Nathan Ford is a 41-year-old artist who is making a name for himself as a portraitist, but turns to townscapes to create his environment for this book. Through his lavish and characteristically ethereal illustrations, Ford takes his reader through some of the things that confront a child, of loneliness, of bullying, of unexpected kindness, and of friendship – without direct reference to Tom and his illness.

The main character is Boo who is good at making things – but how does he make an alien? He heads off to “the loneliest building in town”, the Patchwork Palace where, sitting alone by a window, he finds Mr Bhatu. Mr Bhatu guides him through the making of an alien, and then to how to destroy it. 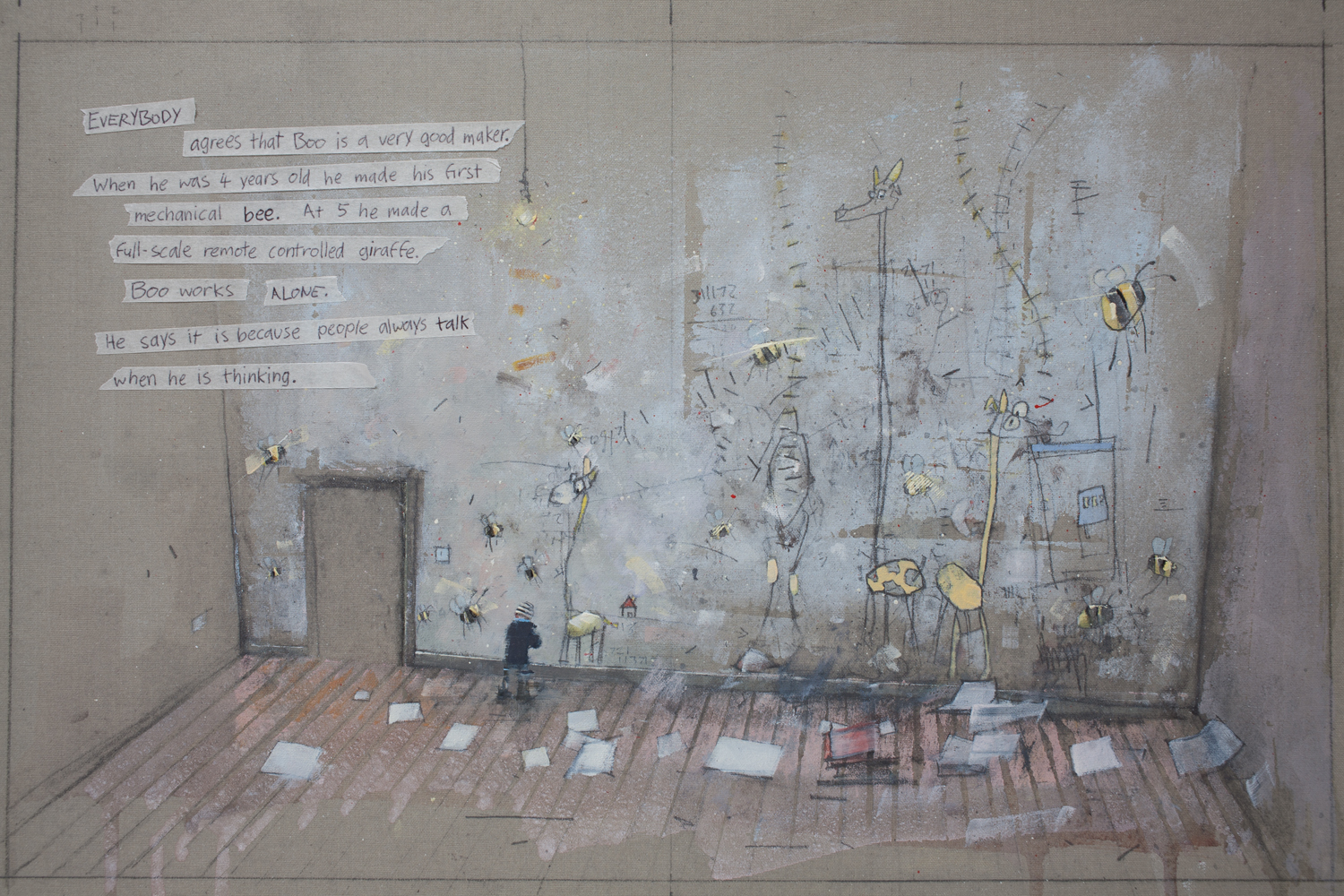 “It was written while Tom was alive, it wasn’t the finale to a difficult period, and it wasn’t about Tom” Ford says. “I didn’t want to bring my work into his family’s tragedy, but there was the smell of Tom, his presence, in everything we did and thought.”

Mr Bhatu is not Tom, but both are benign presences in Boo’s odyssey. The alien is a bullying gang, but it is made up of ordinary, caring humans, who only become tyrannical when they combine.  The alien can be destroyed by dismantling its human membership, appealing to their good sides individual by individual. Some of the city scenes Ford found on the internet, such as the stark emptiness of the Ukraine, but most are Cardiff, the vast University Hospital of Wales, where Tom spent many weeks, and the views of the city from its windows

The book, published by the Beaux Arts Gallery in Bath, is on sale at £20 including postage and packing, and is available at Nathan Ford’s website, http://nathanford.co.uk/book.htm. All profits will go to Macmillan Nurses. 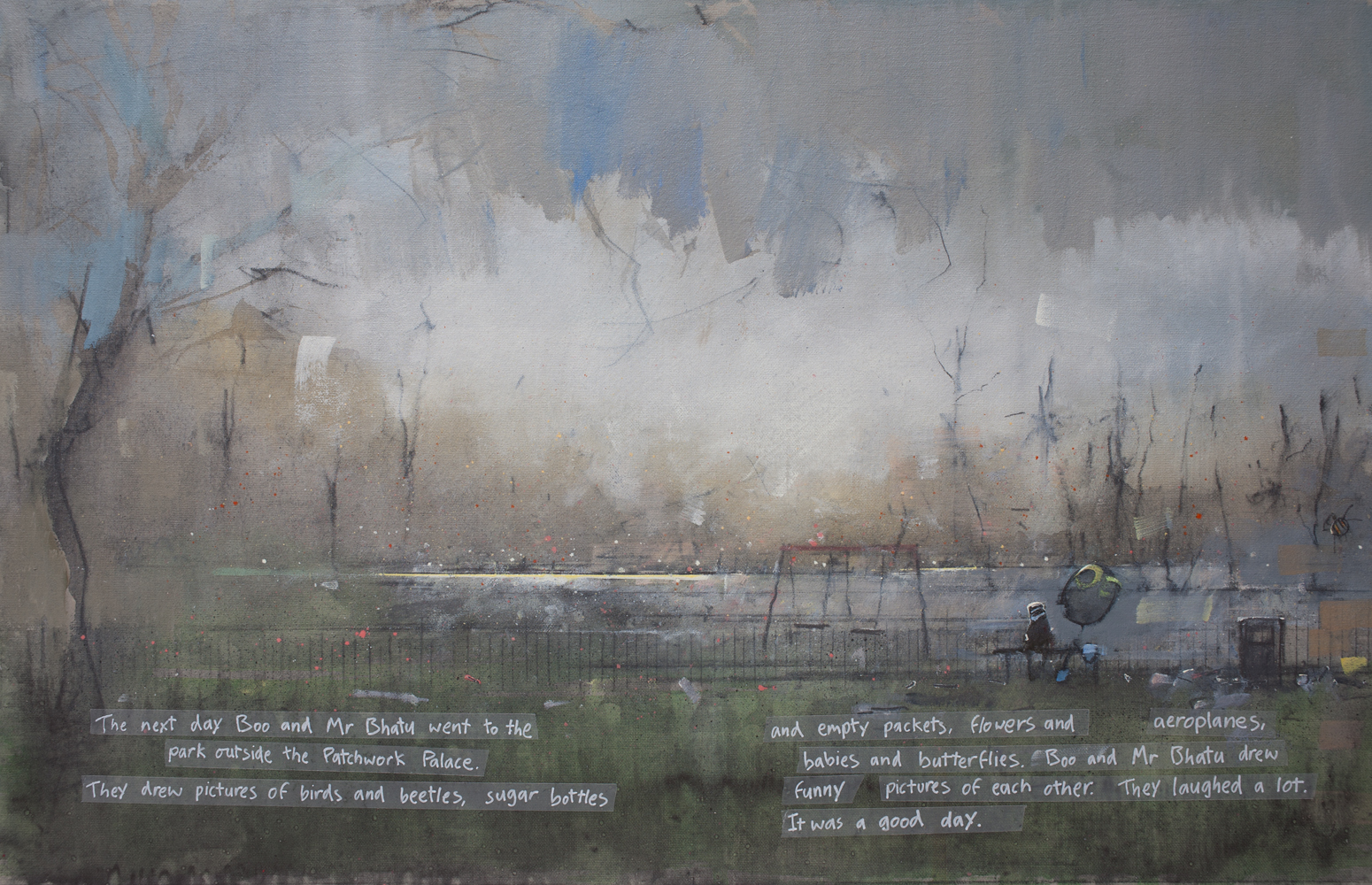 ”The story was for my boys, Reuben and his younger brother Joachim, but putting it into a book was for me, a completion” Ford says.

Has it helped Reuben? “I would not want to presume to say, but I know that the making of the book provided a platform for many thoughtful discussions” his father says. “The book retains something tangible of that chapter of grief and hopefully plots a pathway to a life not yet lived”.

If you need help with bereavement you can contact Cruse Bereavement Counselling at https://www.cruse.org.uk