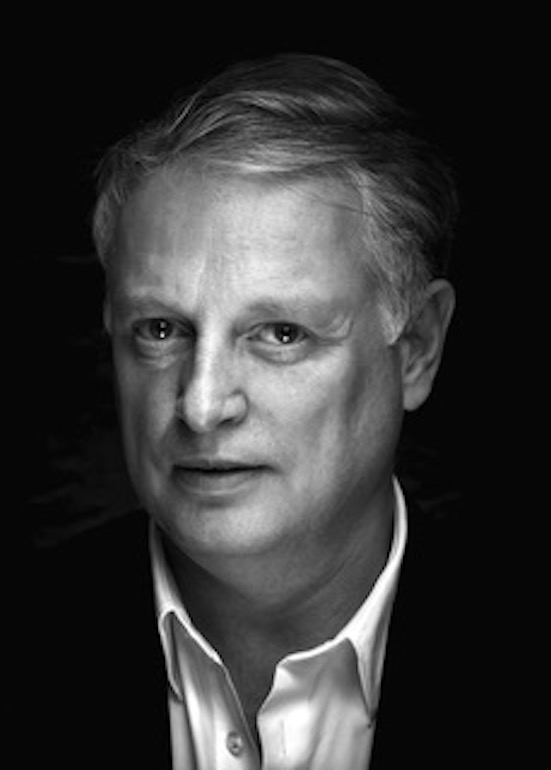 How the creative sector was invented

AI PROFILE:       Ben Evans, chairman of the Mayor of London’s Cultural Leaders Board

Last week the business and culture secretaries jointly announced the government’s investment in the creative industries for the first time, and it was a quiet moment of triumph for the director of the London Design Festival, Ben Evans.

It’s about 22 years since a mini cultural policy think tank comprising the film producer David Puttnam, Evans and the political consultant John Newbigin, identified culture as an economic force. The problem was, he says, no-one could put a figure on its value so that no government department or politician would recognise it. Instead they came up with a figure, and under the name of Puttnam’s company, Enigma, put out that the sector were worth 7% of the economy, little more than an educated guess based other research into intellectual copyright; while government departments could find no other basis to ratify the figure, politicians took notice.

But it was the beginning of a long road, with gradually the soft power of the creative sector getting increasing credibility until it is now acknowledged to be worth £92bn a year and the fastest growing economic group

Now, as chairman of the London mayor’s Cultural Leaders Board set up a year ago to advise Sadiq Khan and work with his deputy mayor for culture, Justine Simons, Evans has brought in the plan that will establish the arts as the basis for supporting London’s communities as they join a booming creative economy. It was announced five days before the government’s sector deal was revealed.

Ben Evans studied architectural history at Manchester University, and history of design the Royal College of Art’s where he met his first wife, a graphic designer, Suzi Godson, who designed his group’s thesis presentation (she is now a Times columnist). Evans married the architect Amanda Levete in 2007.

He was already making contacts – his mother is the academic, former arts minister and Labour grandee Baroness Tessa Blackstone – and was asked to write a speech for the design consultant Michael Peters (who designed the Conservative Party torch motif), and he became a speech writer for clients ranging from David Puttnam to Jocelyn Stevens to John Sorrell. Opposition arts spokesman Mark Fisher took him on as an arts policy advisor, with a salary he negotiated for with the philanthropist Paul Hamlyn. He was by now 24, and was also teaching at Central St Martins one day a week.

He researched Richard Rogers’s futuristic book about London architecture, A New London – “the whole thing is about cities and the relationship with culture” - and was getting embedded in Labour policy-making. Before the 1992 general election he joined Neil Kinnock’s team when he adopted the American Democrats’ “Advance” system of campaigning which requires forensic research of audiences and voters.

It was a brutal election which Labour unexpectedly lost, and Evans was at a loose end. After a year with an advertising agency, he  was taken on by Jocelyn Stevens, by then chairman of English Heritage, as an advisor to him and CEO Jennie Page. Stevens, a former newspaper executive and rector of the RCA, had a fierce reputation. “He was a monster on one level” Evans recalls “but an immensely loyal person”.

John Sorrell was by then chairman of the Design Council and had been tasked by trade secretary Michael Heseltine to justify its existence. Evans helped him write the paper, and the council survived. But he also joined Puttnam and  Newbigin, who was to go on to be culture secretary Chris Smith’s special adviser and later to found Creative England which he now chairs; together they devised Labour’s cultural policy.

“We pushed out ideas. We would talk about the creative industries and when we came up against the Treasury they would simply respond ‘what creative industries?’” he says. “There was no acceptance because we couldn’t prove it, there was no data. It was now 1996 and the debate had been building since 1990. David was giving about three speeches a day, and there was sufficient groundswell to call it a sector, but no acknowledgement by the government. It was decried by the press and media as sector.

“It was clear we had to bolt it down somehow, and for someone to do a piece of quantitative work to give it substance. If you can’t get the Treasury to notice you’re stuffed.”

In the 1997 election he helped Blair as he had Kinnock, and with the victory Smith became culture secretary. There was an immediate change of attitude, and though the Treasury was still not convinced, Blair had an open mind and one of Smith’s first actions was to order a mapping exercise, to identify what the creative industries were, their value and potential. “On a scrap of paper, after a bottle of wine on a Sunday afternoon, we made a list as a first draft which we knew would change, and to my horror it never did; it went into the government system, was taken on by other parties too, and only quite recently has it been redefined”.

Meanwhile, Evans found himself under the auspices of the Cabinet Office Minister Peter Mandelson, who seconded him to oversee the building of the Millennium Dome. “It’s the great untold story” he says. The most polluted site in Western Europe had to be tetoxified, and Jennie Page had left English Heritage to become its chief executive. His job was to keep the government and the New Millennium Expo Company working together, to keep the ball rolling at a high speed. He pulled together a litmus group to advise on the different domains – Christopher Frayling, Simon Jenkins, Alan Yentob, Richard Rogers, Michael Grade among them. He had to keep a balance between the public requirement and commercial sponsorship, and try to keep politicians from interfering.

In 2001, however, he was looking for his next task, started a branding advice company, and in 2002  conspired with John Sorrell once more over their shared enthusiasm for design. The result was the London Design Festival, one of the world’s first, supported by the newly created Mayor of London as it has been ever since. “We were story-tellers and our story was about London as a creative hub, a story successive mayors have wanted to tell. It makes sense”. Five goal cities had design festivals in 2003, now there are 150. Alongside it now is the Design Biennale, an unsubsidised international version, begun in 2016.

Design, Evans believes, is the heart of the cultural sector and he has advised both Boris Johnson and Sadiq Khan. A year ago he was appointed chair of a new body, the Mayor’s Cultural Leaders Board; there had been other versions before, but the members of Evans’s have been hand-picked for their knowledge rather than for whom they represent. So on his board are Moira Sinclair of the Hamlyn Foundation, former head of Arts Council London; Alice Black, deputy director of the Design Museum; Amy Lamé, the mayor’s night tsar; the music producer Claire Whitaker; John Newbigin; the architecture academic Ricky Burdett; the Museum of London’s director, Sharon Ament; Madani Yanounis, artistic director of the Bush Theatre; and Stuart Hobley, head of the Heritage Lottery Fund in London.

“We are a statutory advisory body that offers the mayor expert advice, and we set out some ideas we thought Sadiq Khan would cherry pick from. He wholeheartedly endorsed them all” Evans says, and the result, based on deputy mayor Justine Simons’s research, was Culture for all Londoners.

London’s is the biggest cultural hub of any global city, he says, with 17% of its workforce engaged in the creative economy which is worth £47bn a year, an economy which did not exist in 1997 when he first identified it. The key elements of the Khan draft policy, which will become firm in July, are the creation of the London boroughs of culture, the first of which will be Waltham Forest next year, and the creative hubs that will be announced later this year, subsidised areas protected from market influences to give creative enterprises the security they need to grow. Its principles are similar to those in the government’s plan, and could be a blueprint for other UK cities.

But Evans’s twin enthusiasms are creativity and London. “I’ve lived here all life, I’m committed to it” Evans says. “But it’s also about a dedication to design and the opportunities creativity offers young people. I got a taste for it in the late 80s, and I still believe in it 30 years later.  It's my passion, what I believe in for this city”.