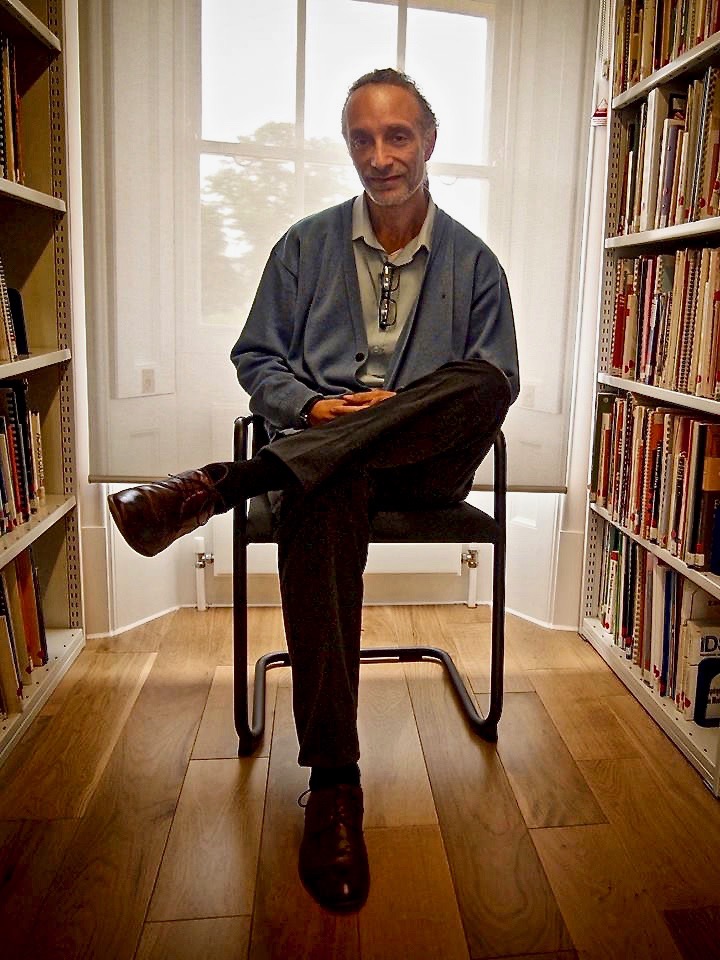 The true legacy of the Windrush generation could be the answer to the current rash of violent crime, says Paul Reid, director of the Black Cultural Archive.

“There’s a material culture that allows us to say to these angry young people, ‘I understand the behaviour, but that’s not who you are. You stand on the shoulders of greatness, and there’s so much you’re experiencing that we’ve experienced before. It's not for you to repeat these errors, it’s up to you to reclaim your history’” he says.

The Black Cultural Archive opened in Windrush Square, Brixton, in 2014, having been founded in 1981 after the Brixton Riots – “we call them ‘the uprisings’”. It was a response to the fact that there was no formal history of the immigrant black communities, their nature, culture and contribution taught in British schools.

“The Archive is there to give black people a sense of esteem, a sense of pride and belonging, of place, a sense of aspiration which had been so elusive” he says.

That sense of belonging has been seriously undermined by the revelation of the Home Office’s apparent attempts to dis-establish the descendants of the Windrush generation. “One of our elders said to me today that we were used to build up the country after the Second World War when we were invited to come, but now we’re no longer required and we can go” Reid says. “That’s a widely held belief just now, and that this whole thing is really about immigration targets, not people”.

Paul Reid is the son of an immigrant, Stamford “Paddy” Reid, who came from Jamaica in 1953 in answer to the invitation from the British government. He married a white Liverpudlian, Babs, and they ran a Caribbean take-away in Railton Road, where Paul was born. They did well enough to be able to buy their own house, in Brixton Hill. Paul went to the local comprehensive, and then to Bulmershe College in Reading to study youth and community work. He went on to do a masters’ degree in multi-cultural education, studying while working full-time as a youth worker in Brixton.

He joined Lambeth Council to work in community development and rose to become town manager for Brixton. Already familiar with the Archive that had been co-founded by the poet Len Garrison, he knew that the black Brixton community’s feeling of alienations had not faded away after the 1981 riots, but needed a focal point to learn about and take pride in their contribution to modern Britain, something that is still shamefully absent from the curriculum but that he speaks about on regular invitations to schools.

Garrison, he says, had identified a reason for black children’s general under-performance at school as their lack of a sense of place in British society and history, and believed that by creating a resource for schools this gap in the cultural make-up of Britons of African-Caribbean background could to some extent be filled.

Reid found the building, a derelict former Liberal Club opposite Lambeth Town Hall in the council’s ownership, but had to fight for it -  some elements of the council were keen to sell for redevelopment. “It was called ‘The Disposals Unit’, and it was a very difficult time” Reid recalls. “Their argument was that there was no money to spare, how was I going to pay for its refurbishment when it was a realisable asset?”.

But it was 2003 when the local authority mood was for consultation, and a major influence was the Brixton Forum. “There were 3,000 people on that data base, who were some of the secret ingredients in making this come about” he says. “The forum is owned at local level, we discussed big issues - gentrification, provision for young people, the environment, crime, community safety, and the BCA was one of organisations in the forum”.  The forum backed Reid’s proposal, and the council helped raise the £7m needed to transform the building. It was another decade before it could open.

“I was desperately trying to make the Archive a professional heritage organisation alongside V&A, the British Museum and the Imperial War Museum, but it does feel as if we've constantly being pulled into the real issues of the day and we get nudged into centre stage” he says.

On Saturday the BCA took up its position as the representative black institution to address the flowback from the revelations about the uncertain official status of many descendants of Caribbean Britons. The prominent black lawyer Peter Herbert, chairman of the Society of Black Lawyers, spoke and there will be surgeries by volunteer lawyers to help allay individual anxieties. The surgeries will happen at the BCA every Wednesday and Saturday afternoon through May and June, and until they are no longer needed.

The situation is a watershed moment, he believes. Despite the weekend resignation of the Home Secretary, Amber Rudd, over the issue there are fears, voiced by black Britons like his elder, that the establishment’s apparent valuing of the black contribution to British life and culture is a sham, that secretly the community is not truly British and therefore dispensable in the interest of cutting immigration statistics.

Despite the government insisting that the shredding of the Windrush landing cards – which would have been a treasured and valuable archive if they had been passed on to the BAC - there are questions that need to be answered if we are to believe that the black community is officially fully integrated. There has been a series of immigration acts since 1962 designed to limit the citizenship rights of Commonwealth immigrants, but why does the ruling seem not to apply to those from Australia, South Africa and New Zealand, for instance? The Home Office has said that the onus is on individuals to prove they were UK residents before January 1, 1973, but some Commonwealth countries did not achieve independence until after that date – what would the status be of immigrants from those former colonies? “Are being targeted?” Reid asks.

One of the strengths of British society has been that integration is the norm, which is not the case elsewhere. “In France they went for assimilation, which is not the same thing – it means that if you’re seen wearing religious symbols from another culture, you’re not French”. Here, one of the reasons we won the 2012 Olympics was that yours was seen to be a truly integrated society, our French rivals for the Games was not. The Windrush fiasco begins to put that in doubt.

“The narrative from the government is that it’s an administrative error that can be sorted out, but the technicalities make it not as easy as people say” he says.

“It is a ridiculous situation when the next generation sees itself as citizens of the world when my father only ever went to Jamaica and Britain, bit I’m hoping that it is a significant moment in Britain’s history” Reid says. “The government has been forced into retreating into ‘administrative error’, a sign of defeat, but I hope we can do something more than just address the issue of citizenship. I want to see the contribution of the Windrush descendants and black people though British history taught in the curriculum, to the streets and our angry young people, but I want the links to go further, right into the boardrooms of Canary Wharf. We can take this moment to make a fundamental change, that is my hope.”