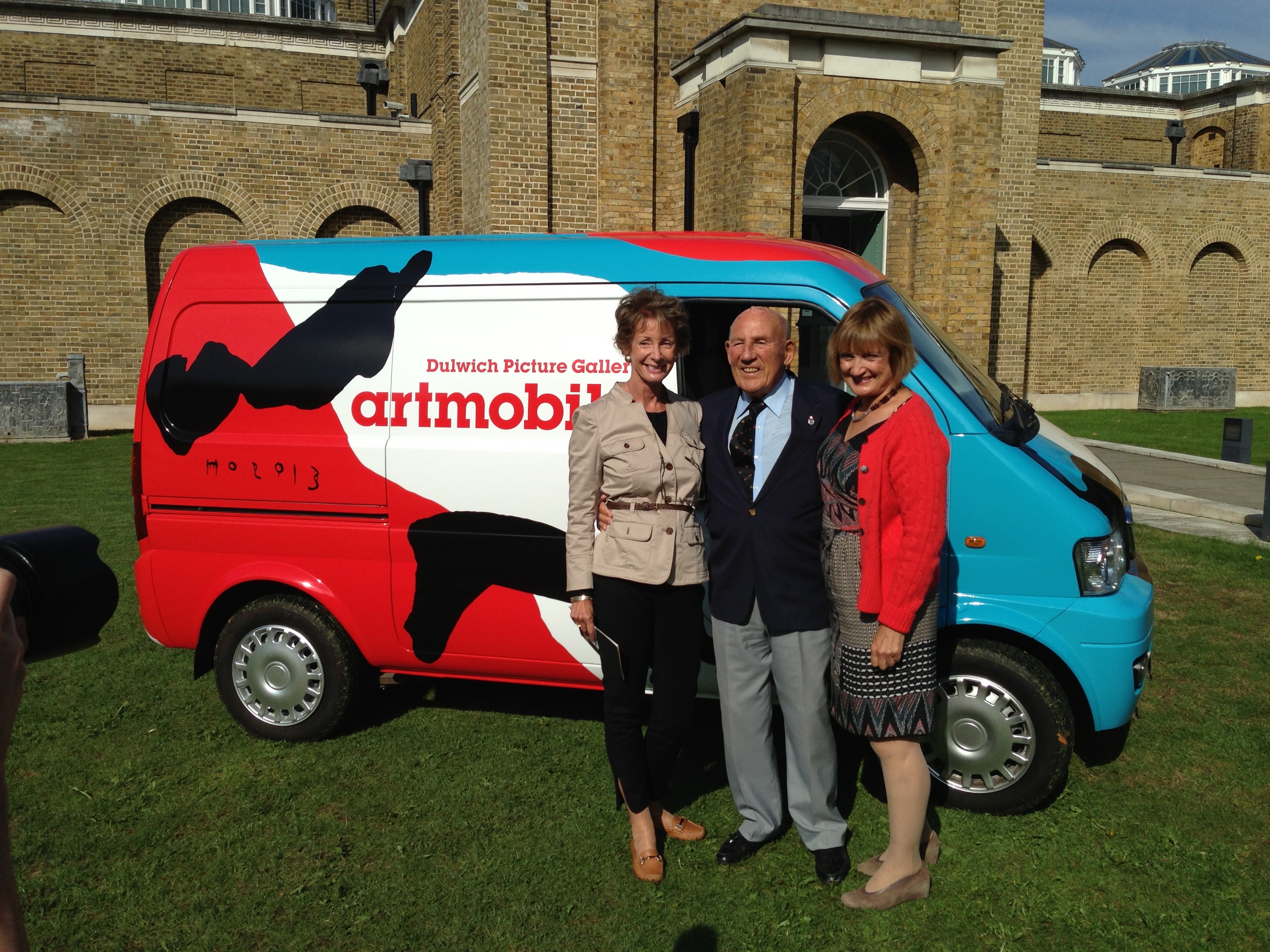 Tessa Jowell’s death last weekend came as a shock to many, even though it was not unexpected, and many of her friends and acquaintances have written and spoken publicly about her kindness, her diligence, her generosity and her achievements.

Chief among those cited was the lamented Sure Start which improved childcare, early education, health and family support, with an emphasis on outreach and community development, all swept aside at a stroke in 2010; and then there was the 2012 Olympics.

None of them, even her former constituency, has mentioned her biggest contribution, to the arts.

Image shows Tessa Jowell at Dulwich Picture Gallery in her constituency in 2013, with Stirling Moss and the gallery’s Gillian Wolfe

The longest serving culture secretary to date, she was given the portfolio in 2001, already well filled by her predecessor Chris Smith, and educated herself by talking to those in the sector at all levels. As the longest serving culture secretary she was to preside over what, in his only prime ministerial speech on the arts in March 2007, Tony Blair was to declare was “a golden age for the arts” in which cultural funding had been doubled.

The key to national prosperity was human capital, he said in a speech at Tate Modern that had her copious notes in the margin: the ability of people to innovate, to think anew, to be creative. "Such people are broad-minded, they thrive on curiosity about the next idea; they welcome the challenge of an open world. Such breadth of mind is enormously enhanced by interaction with arts and culture.

“A nation that cares about art will not just be a better nation, in the early 21stcentury it will be a more successful one” he said, and she had written.

Tessa Jowell had to fight in Cabinet against her colleagues’ opposition, she later said, to get arts subsidy back to what Jennie Lee had achieved a generation before; she presided over a 73% increase in arts funding, theatre funding more than doubled, free entry to national museums (put in place by Smith before her), £2bn of lottery money invested, private support up by almost £100m, funding for museums up 28%.

And having won the Cabinet’s grudging approval to bid for the 2012 Olympics she insisted on culture being a major part of the submission to the International Olympic Committee. That Cultural Olympiad was to change the national engagement with the arts for ever, bringing culture into the communities and hearths of the nation

She had her critics, and they were particularly vociferous when promised lottery cash for the arts had to be severely cut to help pay for the Olympics, but she said it was to be a temporary cut. It was. She was criticised for not being publicly seen at arts events, even though, for instance, she regularly went to ENO performances with parliamentary friends like Patricia Hewitt and Margaret Hodge which she said was her private enjoyment.

There was a growing row among purists about the hijacking of art by social policy-makers which, they said, were using culture to tackle crime, boost educational standards and regenerate rundown cities, and in 2004 she held a day-long conference at the Southbank Centre to thrash the thing out. It was time to speak out for “art for art’s sake”. She did, in a 19-page pamphlet. "Intelligent public subsidy" would be vital if the arts were to take their place at the heart of national life. Audiences would be developed only through "determined policy initiatives".

She was, she said, merely a consumer of art like everyone else, but had seen the value of it in society. "There is a parody of culture which is prevalent, that these are issues of interest only to a disconnected elite. But it is the enthusiasm and hunger that people have for culture that is driving this".

And she quoted her predecessor Jennie Lee, the very first arts minister. "I was struck by the gusto with which she was an advocate for the arts” she said. “She didn't feel that she had to justify the arts in any other than their own terms". Neither did Tessa Jowell, and she fought for arts subsidy as no-one had before or has since.