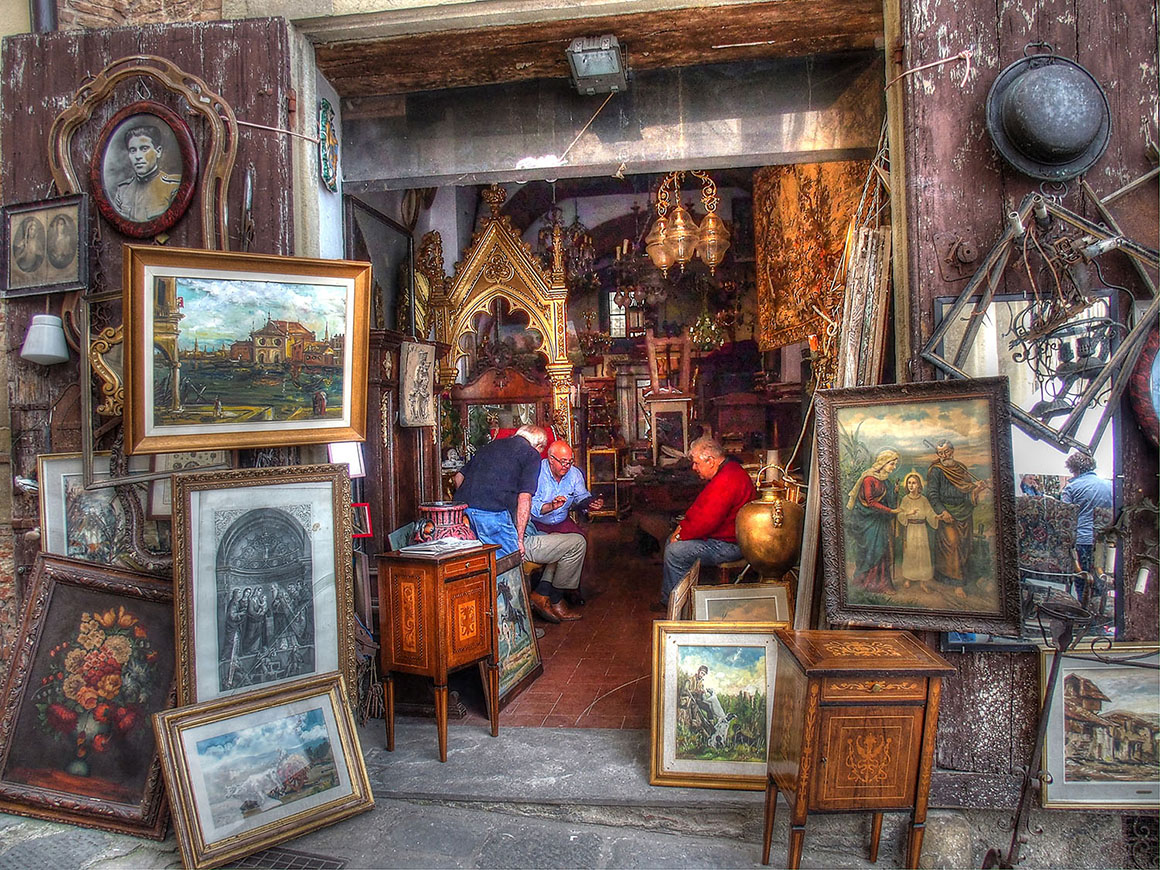 To celebrate the art of photojournalism and in association with website Fleet Street’s Finest https://fleetstreetsfinest.com, each month AI will present a news image from the archives. The images will have been published in a British newspaper, and this month's image is introduced by Bret Painter-Spanyol.

One if the images in a recent Fleet Street’s Finest exhibition was this one by photographer and painter Roger Taylor who worked at the Daily Telegraph, Sunday Telegraph, Financial Times and Time Magazine. The odd exposure caused some discussion with the inside of the building being lit as evenly as the outside. Three antiques dealers are gathered round an iPad, surrounded by the past.

“Any photographer out there that would think that my exsposure was a little odd. For a shot like that I would've normally used an f stop of at least f8 and a shutter speed much less. I didn’t want to miss it so just shot with the setting from the last shot, as I don’t shoot on automatic. But as you see, it worked fine.”

The extraordinary light on the faces of the men looking at the computer screen puzzled all who looked at it. How did you manage to achieve such a wonderful picture?

“Because there is so much going on in this picture it needed more than one exposure. Inside the antiques shop was dark and outside bright light. If you expose for the inside the outside will be over exposed, and exposing for the outside the inside will be under exposed. So to achieve this result I took three exposures, one for shadow, one for light, and one for mid-tones. The technique is called high definition range (HDR).

“I use a compact camera most of the time now because it’s less intrusive and good for street photography. On this occasion I was using an Olympus Stylus 1, the exposure was 400 sec, f2.8, ISO250.

“The technique evolved in the dark room where photographic printers would use their skills “dodging and darting” to bring out the best of the negative. Now it's a regular feature on the most modern equipment and often a function of the camera on your mobile phone.”

So we hope that takes the mystery from the picture and now you can just sit back and enjoy!