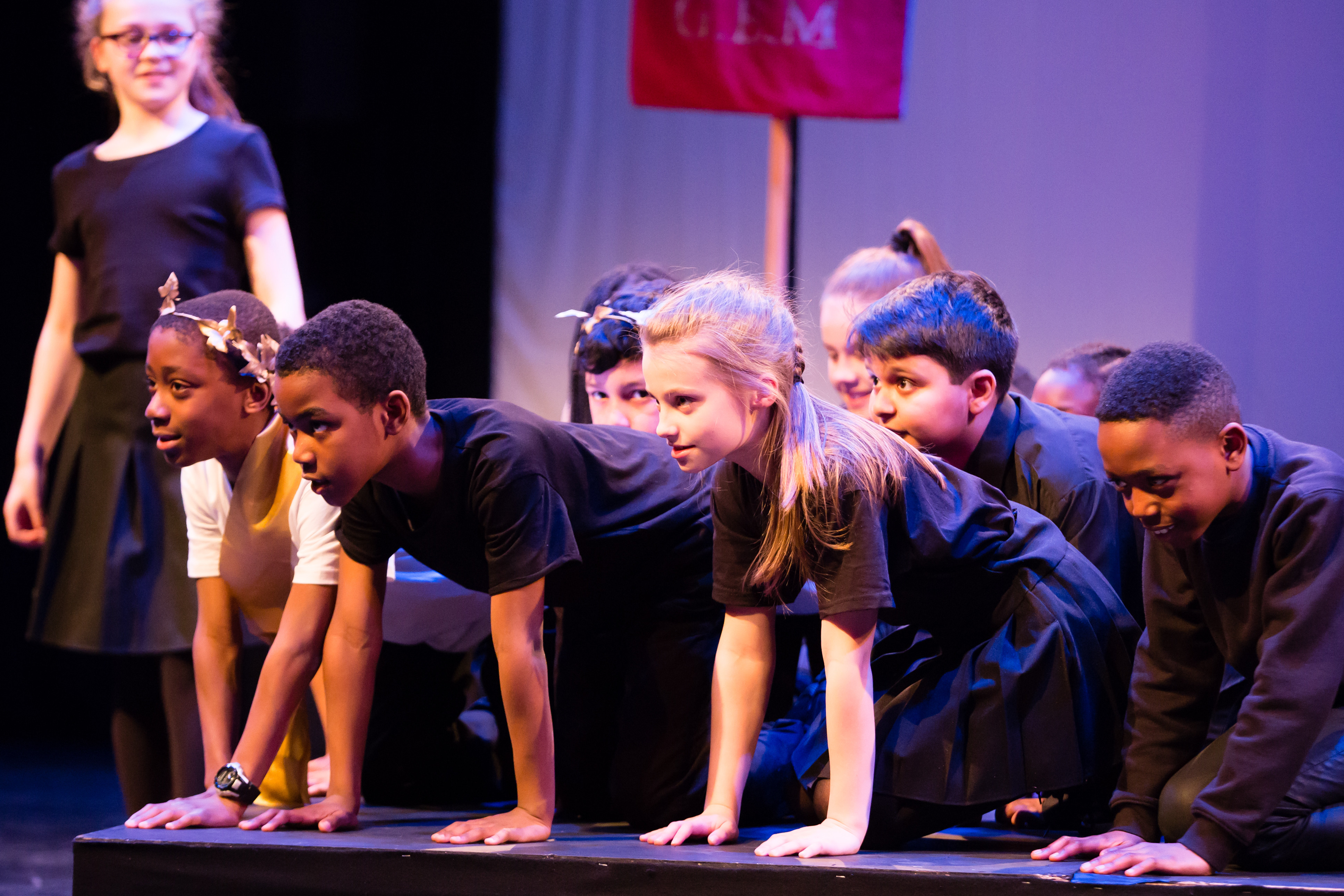 The Time to Listen report on cultural provision in schools was launched at the House of Lords this week by the Royal Shakespeare Company and Tate, and it raises alarm bells on arts provision in schools. In a special feature, drama critic Michael Coveney sums up its message

A unique research project, Time to Listen, funded by Arts Council England and involving schools working either with the RSC or Tate, highlights growing concern over the impact that declining arts and cultural provision in schools will have on future generations.

Over three years the research undertaken by the University of Nottingham gathered 6,000 responses from school children aged between 14 and 18 and their teachers, in all nine regions of England, from Newcastle to Cornwall, from Doncaster to Barking in East London.

And these students, represented by pupils at Ricards Lodge High School, a comprehensive secondary school in Wimbledon, south west London, raised their voices in the House of Lords this week at a reception hosted by Baroness McIntosh of Hudnall, aka Genista McIntosh, vice-chair of the RSC.

Their message, delivered in a litany of sound bites floating around the heads of bigwigs and cultural movers and shakers, was striking and unequivocal: the arts help you find your voice as a teenager, encourage independence of thought and expression, help us understand the present and look to the future. 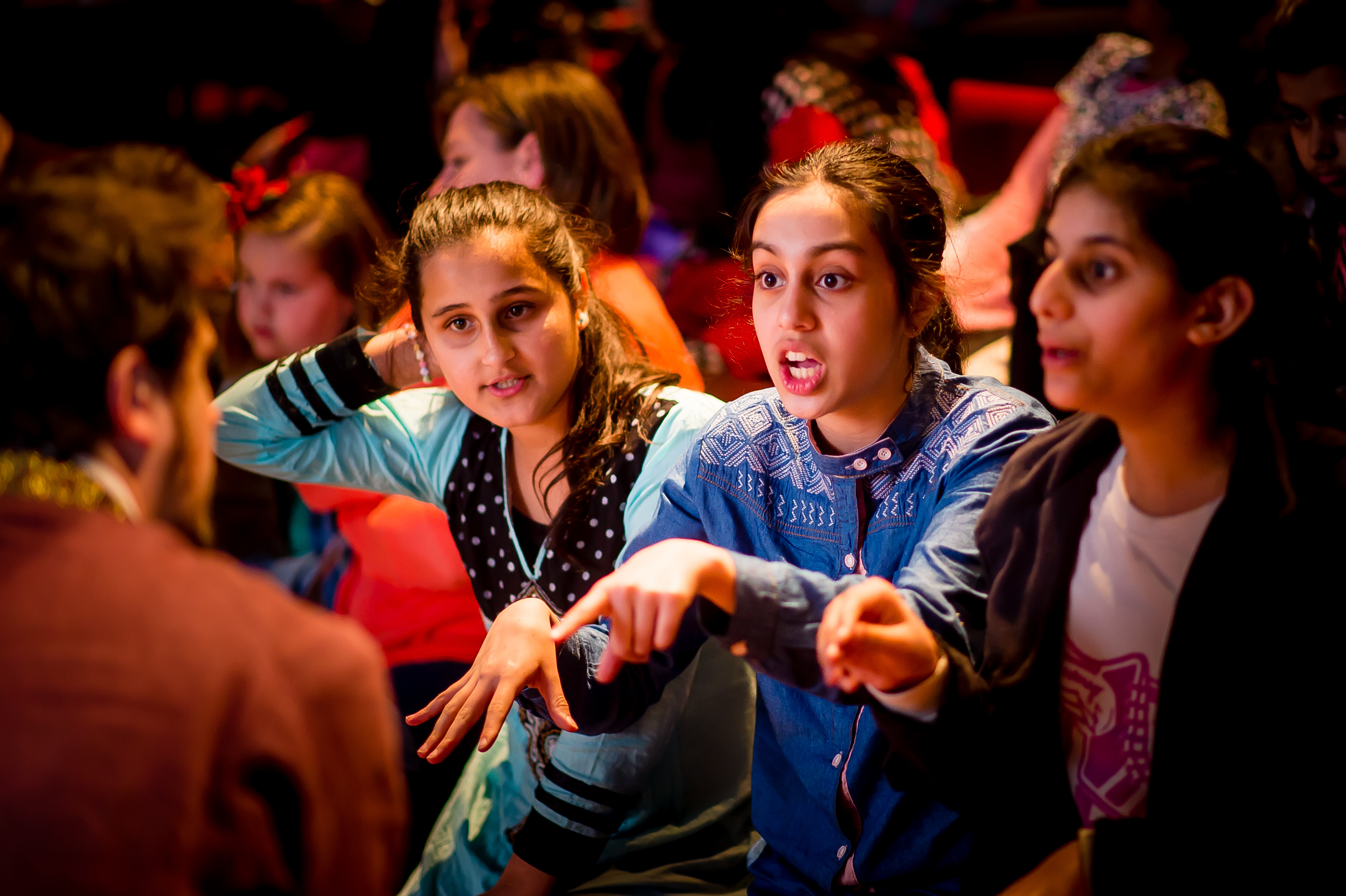 One student had discovered that A-level art was not recognised as a useful qualification by many of the universities he was applying to. Another, who loved the fact that an art gallery played music while you looked at paintings, said that she sat down to study most subjects in school. “With Shakespeare, we’re up on our feet”. And another called out his arts teachers as “a pretty special bunch”.

Everyone knows that the arts are under the cosh in state schools. As an adviser to the John Lyon Charity, which funds educational projects in schools and theatres, I can see that charities are replacing what schools once did themselves but can no longer afford, or find time for. Theatre visits are much harder to arrange. Most head-teachers acknowledge the value of arts subjects and drama to students right across the curriculum. And the RSC and the Tate are concerned not only about the survival of their respective art forms, but the constitution of tomorrow’s audiences and participants.

The way a pupil’s performance is measured in the English baccalaureate downgrades arts subjects and pushes them to the margins of a school’s activity. Nor are changes to the examination system favourable to the arts. Science subjects are thought to represent more “economic value” to society, which may be true in a practical sense but is a nonsense in the equally important areas of spiritual and cultural nourishment, as well as in a wide range of other human skills.

The research project was launched by Erica Whyman, deputy artistic director of the RSC, and Maria Balshaw, director of the Tate, both messianic on this subject of provision in schools. The irony of the predicament is that none of the effects was intended. We are in danger, it appears, of sleep-walking into a crisis in arts education that nobody called for. Nicholas Serota, Maria Balshaw’s predecessor at the Tate and now chair of the Arts Council, weighed in with an impassioned plea for the children’s voices to be heard in high places.

This is far more than a squeal from a do-gooding cultural sector. It is a sounding of the alarm, and everyone in the arts, from fringe practitioners to performance artists and Andrew Lloyd Webber (whose foundation puts a lot back into the art form that has made him a fortune) recognises the urgency of the situation.

My London grammar school in the 1960s provided a school orchestra, free musical tuition, drama and chamber music clubs, poetry readings, concerts and a school musical each Christmas. We all took part, and there was nothing exceptional about our facilities or indeed, in those days, our opportunities. We also had foreign trips, theatre outings, sport and gymnastics, a cadet force and a high academic standard.

Collectively, we owe it to our children and the next generation to re-establish arts subjects at the core of the curriculum. Whyman and Balshaw suggest five immediate strategies: parity of the arts with other subjects in all secondary schools; the Ofsted process to redress the balance in the curriculum; a ring-fenced budget in all schools for arts and culture; a review at the top universities of their approach to “facilitating subjects” – eg Science, Technology, Engineering and Maths which make the arts a poor relation; and more reward for the teachers who act, in effect, as “arts brokers” in their schools.

Personally, I think the first two of those proposals are the most realistic, and I don’t really see how you can treat teachers as on-site arts impresarios. But much good would follow from those two adjustments to the curriculum in schools. The only problem, as Nicholas Serota said yesterday, is that government listens to arguments about arts education in schools “to a degree” but nothing ever happens.

That could change with this report, chiefly because it contains the voices of the students themselves. “Your views matter,” said Serota, surveying the scene, “because you are the future”. And this sentiment chimes exactly with current RSC practice of learning and participation including open weekends for amateurs and, especially, the thriving programme of schools performances and projects offered alongside the core repertoire.

Read the full report at www.researchtale.net