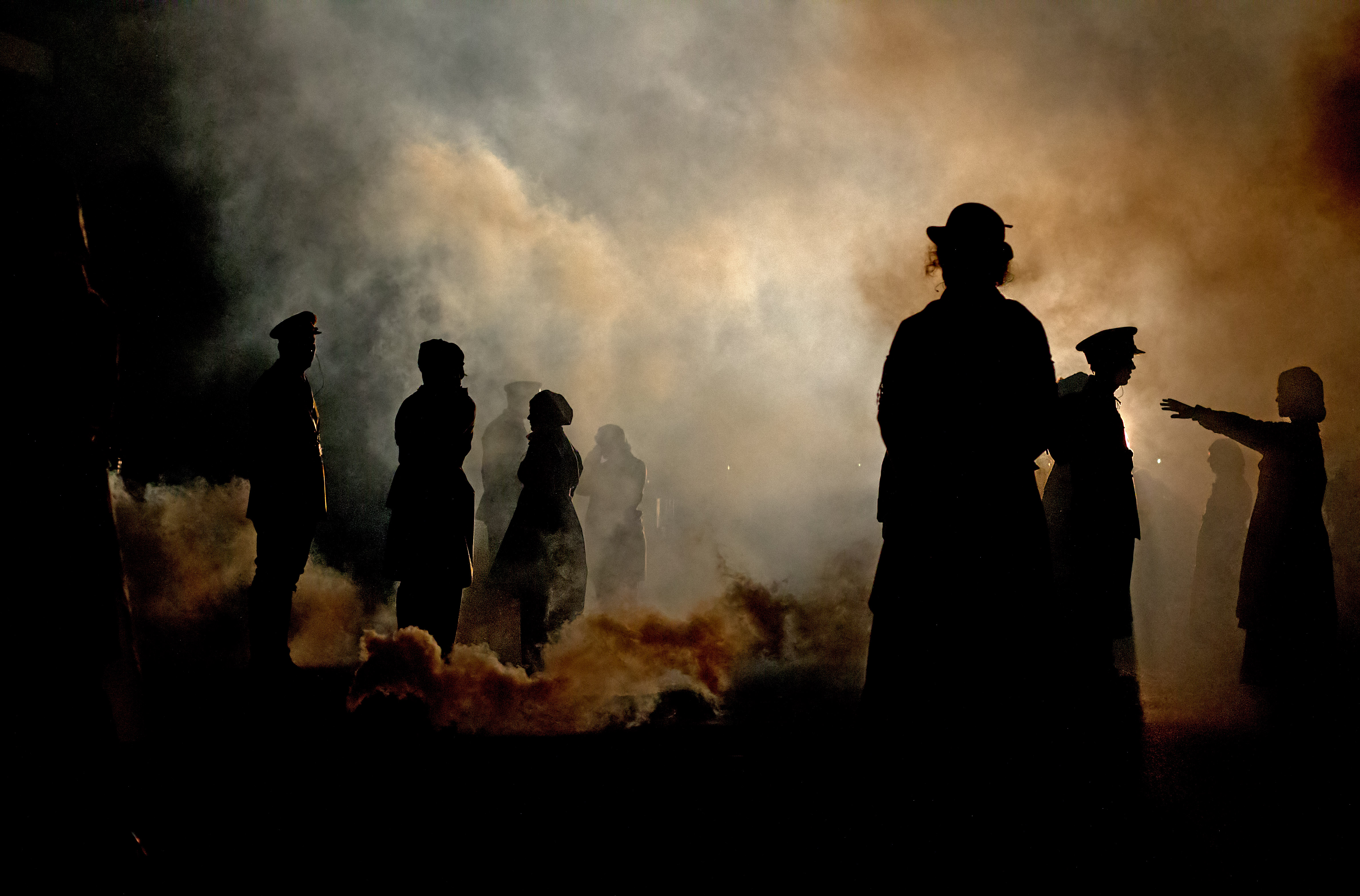 In recent years, further education was in vogue. Governments prided themselves on investing in shiny new premises. Architects fell over themselves to design gleaming new colleges, and the IT crowd vied with each other to create innovative new courses embracing the latest technology.

Those days have gone, of course, and never-ending austerity has bitten deep into the provision of adult education across the UK. Colleges, and their expectations, have slimmed down considerably.

But even so, a new community college, devoted to artistic and artisanal pursuits, in a couple of portable cabins and an old Leeds Corporation bus? Funded by Arts Council England and the Paul Hamlyn Foundation?

Only an award winning production company like Slung Low could come up with such an outrageous idea, and not only sell the idea to funders but also successfully fill its initial run of classes.

So it is that hundreds of Leeds folk are making their way to Slung Low’s headquarters in inner city Leeds to have a go at everything from cooking to carpentry, stargazing to singing and documentary making to decorative blacksmithing.

Everything is on a "pay-what you decide’" basis, a system that's entirely in keeping with Slung Low’s artistic philosophy of offering free or low-cost culture.

It's this philosophy that has inspired dozens of award-winning arts spectaculars and events, street theatres and experiences all of which are outside the conventional realms of theatre, and that has encouraged Arts Council England to give this most imaginative of theatre companies the job of managing its annual cultural get-together, No Boundaries, next year, which has already been retitled Wild Conference.

Slung Low’s charismatic boss, Alan Lane, explains that the idea of the community college came during the rehearsals for Flood (main image), the troupe’s contribution to the City of Culture in Hull in 2017.

That award-winning spectacle involved over 700 volunteers, he says. “We found we were doing lots of training in skills and techniques, like abseiling and first aid. Lots of people had never attempted this sort of thing before, but learning things made them feel more confident. So why not do that as part of our work day to day, rather than just as a one-off?”

Initially, Slung Low thought they would work with more formal education set-ups but discovered that they are often held back by administrative or market-driven demands that would make the classes unaffordable.

"There used to be a plethora of more informal places that provided adult education, from women's institutes to working mens clubs – but they are now caught up with helping people survive, running food banks and social services" he adds. "They don’t have time or capacity any more.”

So in a version of "Let’s do the show right here”, Lane and his merry band of just four full time staff and a family of freelancers opened up shop in their headquarters in the imaginatively named Holbeck Underground Ballroom (otherwise known as a space underneath the railway arches and a couple of portakabins). In the yard, a bus is also being kitted out to accommodate some travelling classes.

Lane expects to draw the crowds and people will pay what they can. Numbers will vary, according to the class. The choir classes are expected to will have up to 50 students, while decorative blacksmithing will have just six. Everyone who enrols becomes a member of the college, and over time they will be involved in making decisions as to which classes are run in future years.

Audiences pay on average £7 for a Slung Low show, he adds. ”Obviously it costs a lot more than that – but that’s the point of subsidy. We have been lucky in garnering support from the Paul Hamlyn Foundation and Arts Council England. They have always been willing to give space to our ideas and they get that we believe in taking risks and widening access.

"We exist beyond the market.”

Not that he has a good word to say about markets in the cultural world. Commercialism on the one hand and philanthropy on the other is driving artists further and further away from the core business of making art, he says. “Market driven capitalism may be suitable for hedge funds, but its not so much for theatre making,” says Lane. “At Slung Low, we are not turning people into customers, we are turning them into citizens who make choices.”

It's in this spirit that Slung Low will be organising the Wild Conference as a space “free of the usual distractions, usual frustrations, usual limitations. It will be a space devoid of meeting rooms and suits and one that encourages new thought, free thought, even – we hope – wild thought” he added. ”And it will have a bonfire.” Of course, what else?