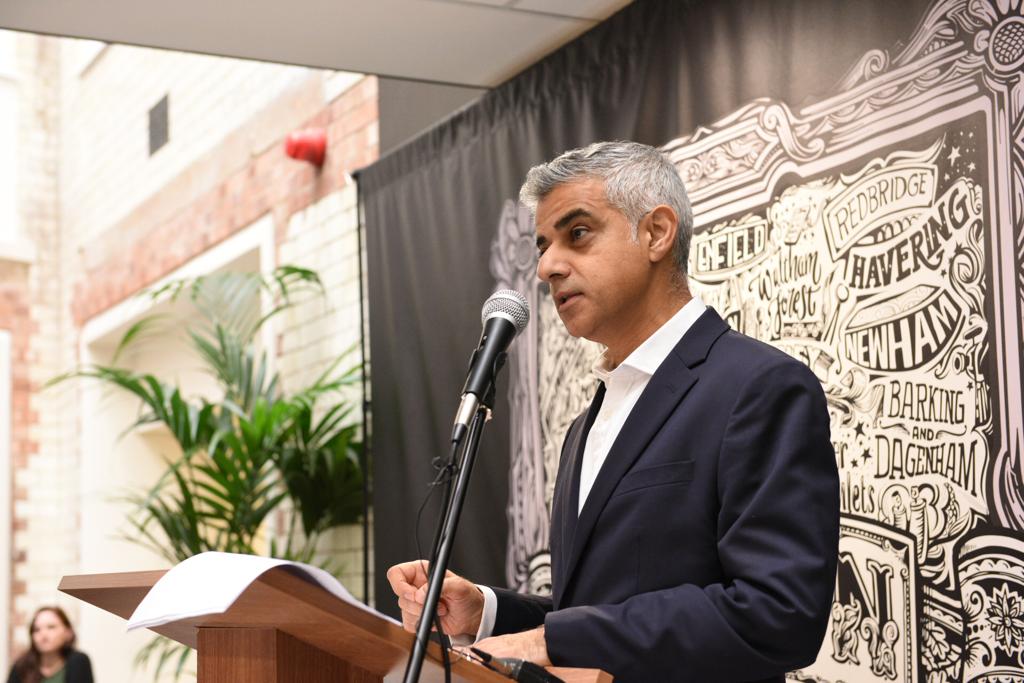 Is London’s new Creative Enterprise Zones (CEZs) scheme, the first of its kind and centred on local authorities, a pattern for other British centres? Simon Tait reports

The announcement last week of London’s first six Creative Enterprise Zones – from a shortlist of 11 - could not only establish hubs for the city’s creative cultural capital, it could be the blueprint to be taken up by places such as Manchester, Birmingham, Newcastle-Gateshead, Glasgow and Bristol. Appropriately, Sadiq Khan made the announcement at Tripod, a new workspace for creative, tech and social businesses in Lambeth Town Hall (pictured).

It is already being seen in the sector - whose creative industries last year contributed over £100bn to the UK economy – as a vital switch-change in support of the creative grass roots. The chosen schemes cover a broad range of activity, and there will be nuanced changes as the different schemes are put into operation, but they break new ground; they are happening nowhere else, and some of the centres mentioned above are watching with keen interest.

There were 25 bids for a share of the £11m fund set up by Mayor Sadiq Khan, and the winners were Lambeth, Croydon, Hounslow, Lewisham, Haringey, and Hackney Wick/Fish Island.

The CEZs are part of the Culture for All Londoners strategy, Culture for All Londoners, drawn up by the culture deputy mayor Justine Simons and published for consultation in March. Culture and the creative industries contribute £47bn a year to London’s economy and account for one in six jobs. The strategy outlines the transformative power of culture and how it can be harnessed to create positive opportunities, especially for young Londoners.

“London is overflowing with talent and imagination, with the creative influence of our artists felt in every corner of the city. But our creative workforce is under threat as the rapid pace of development often pushes them out of the neighbourhoods they have helped to revitalise” Simons said.

“Creative Enterprise Zones are a bold new idea that will disrupt this cycle to deliver good, socially inclusive growth – with permanent, affordable production and workspace for artists and entrepreneurs, new jobs, skills and training for the local community.” 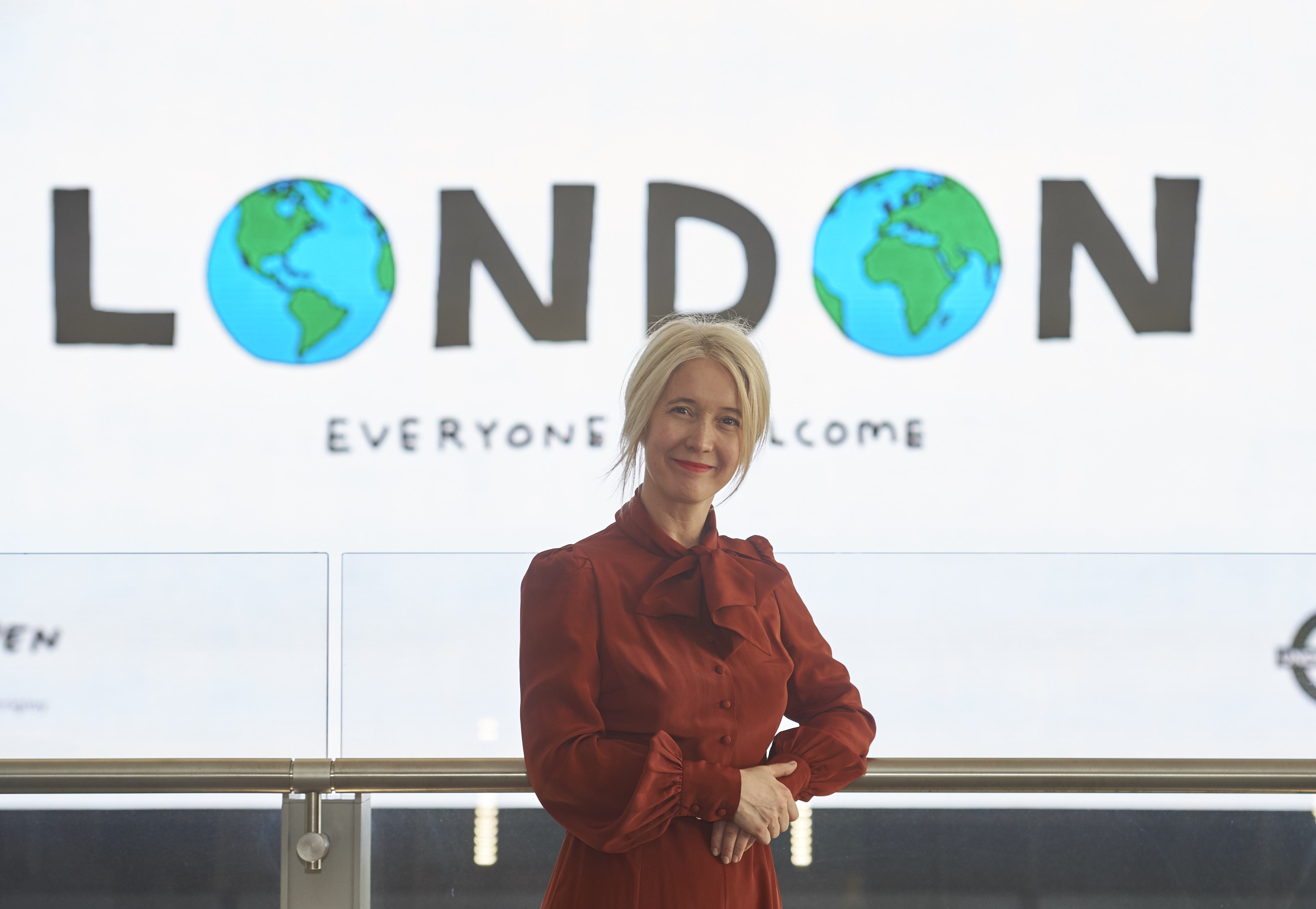 The six CEZs will generate tens of millions of pounds of growth, the mayor believes, create more than 3,500 new jobs and support more than 1,000 local people with education, training and job opportunities.

Each of the six has come up with a different programme tailored to particular characteristics of their domains.

Lambeth is concentrating on Brixton and its Recreation Centre, next to which an 11-storey office block, International House, will be turned into one of the largest affordable workspaces in London, with other unused spaces in the Rec into creative workspaces. Part of the initiative is to support 500 young people in developing new creative careers, and also helping steer the CEZ through a Young Creatives Board.

Croydon Creatives is focusing on music to turn the borough into a place that “encourages and nurtures emerging talent and breaks down barriers to success in the music industry”.  It will introduce an internship programme with paid work placements in national and local arts organisations; provide subsidies for under-25s looking for studio space, covering up to 40 per cent of the cost; use business rate relief to attract businesses and creative start-ups to Croydon; compile an online list of properties available for creative businesses: and launch a start-up incubator programme providing tailored business support.

The borough of Hackney and Tower Hamlets made a successful joint bid for Hackney Wick and Fish Island (a sub-district of the old borough of Bow which has become a creative hamlet) which will use planning powers to ensure a pipeline of affordable workspace; work with employment services to provide training and internships in the cultural, creative, digital and tech sectors; help CEZ employers to offer apprenticeships and internships, and give tailored business support; as part of a commitment to inclusive growth; strengthen connections with plans for East Bank at Queen Elizabeth Olympic Park where the V&A, UCL , the London College of Fashion, Sadler’s Wells and BBC Music will have outstations.

multi-national businesses such as Sky, Disney and Paramount that have local connections and the borough’s creative and digital companies to boost opportunities; it will offer skills straining to local freelance operators along with SME business support, with opportunities for University of West London students; create new production and studio space for TB and film production; restore Boston Manor House (with further support from the mayor’s Good Growth Fund) to create makerspaces and a market place.

Shapes Lewisham in New Cross and Deptford homes in on Goldsmiths University and Trinity Laban, and on access and tailored support for employment and enterprise in the local community. It will increase affordable creative workspace around Goldsmiths’ Enterprise & Innovation Hub, opening 80 new artists’ studios; it will embed creative development policies within the local plan and business rates. 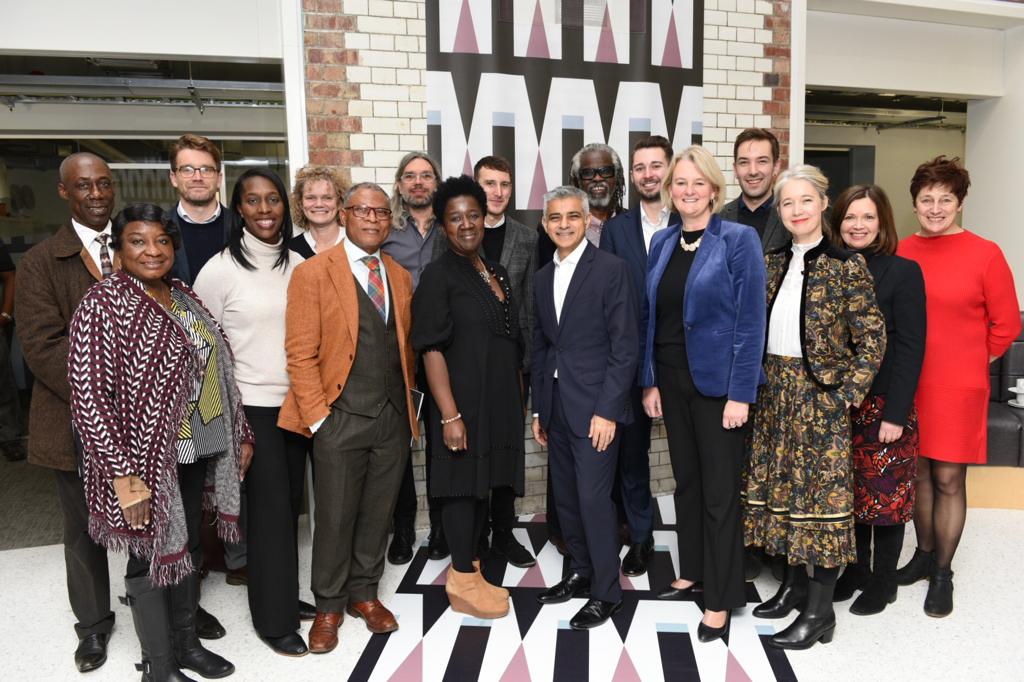 The CEZs have been brought about in association with the London Economic Action Partnership, created last year with the mayor, London boroughs and business as an investment tool to support and lead economic growth and job creation. Each of the six CEZ’s has demonstrated how they will lever another £30m.

They are at the heart of the cultural infrastructure plan that has occupied Justine Simons’s thoughts for the last 16 years through three mayoralties, and is at last being put into action. “Cultural policy has moved from being a niche thing into the mainstream” she told AIin April of last year. “All big cities now know that if they want to be successful they can’t do it without culture. They have to have culture at the heart of their strategy

“Most global cities project into the future on how many houses they need, how many hospital beds, school places, but no one has ever done it for culture and you can’t just allow it to happen by chance” she explained. “When we have a clear statement about what we need we can dovetail it into the overarching social plan for the city - it’s about embedding culture into everything else we do”.

And in 2015, she wrote in AI: “This stuff really matters to people – they want real London, not brand London - so culture gives our city an authenticity and sense of identity that we don't want to lose.”