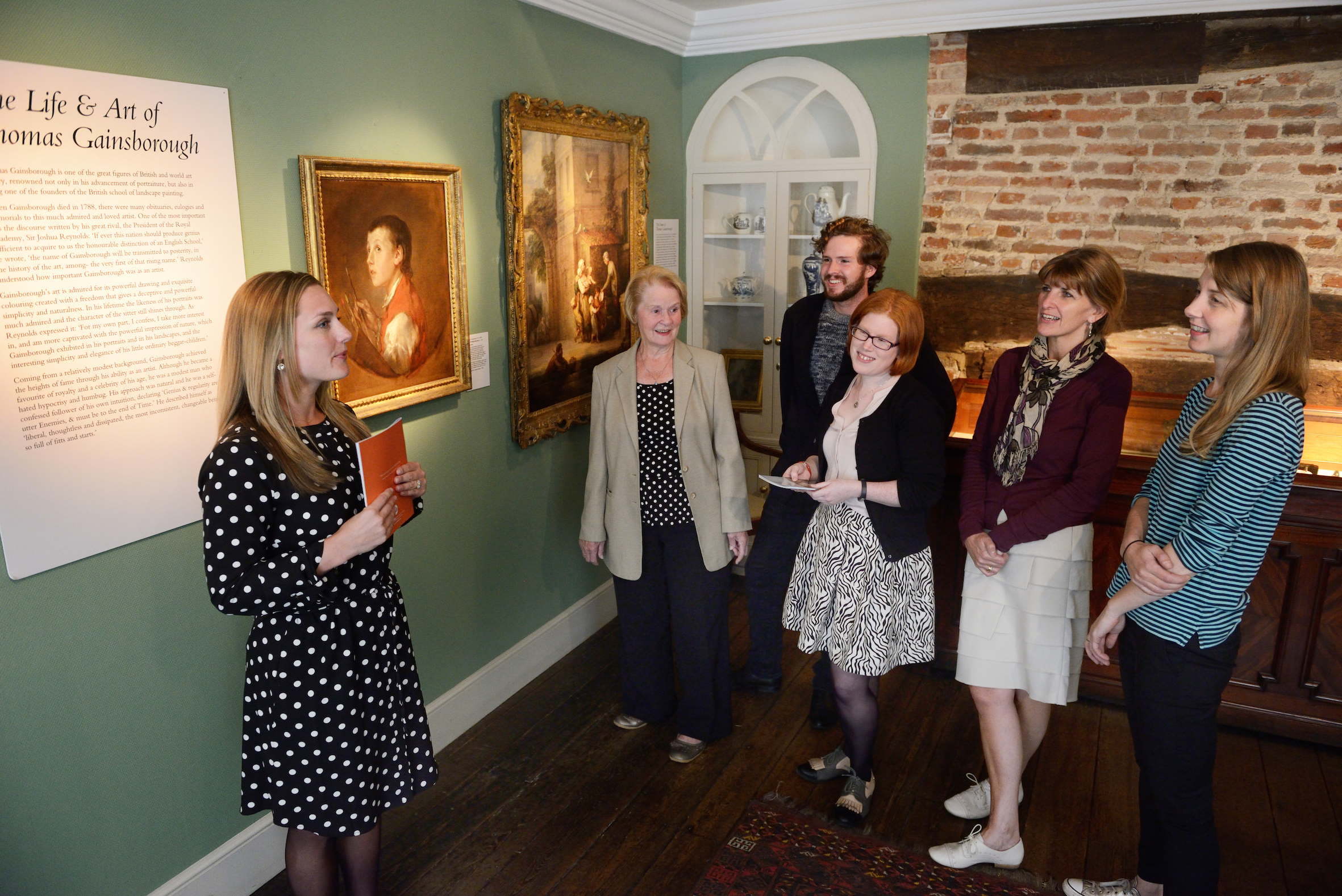 Quietly, and through the unaccustomed route of a press release, a small charitable foundation based in an elegant house behind Charing Cross Station announced a minor earth shift in arts funding.

The John Ellerman Foundation, barely known outside the increasingly frenetic circle of fundraisers, announced that it was consolidating a practice charitable trusts generally steer clear of: core funding.

“It used to be that core funding came from the relevant statutory body (central government, local authorities for instance), but that’s been completely turned on its head” says Nicola Pollock, director of the foundation. “We have respect for the people we fund, a desire to give core funding that gets to the heart of what they do, we don't set out clear programmatic outcomes.

“So it goes with having quite a low profile. We believe we get the impact through the people that we fund rather than doing things directly”, aimed at museums’ and galleries’ nerve centre, curatorial skills, which Ellerman’s research found to be have "suffered disproportionately from the effects of austerity". Funding had been directed towards capital projects, education and participation. “The focus on curatorial skills had been neglected, posts lost, people thinking it wasn’t important, so it was consistent with our wish to fund the costs of things we believe in” she says. And the “profound effect” of that support is paid testament to by a recent report into the Ellerman programme by former museum director and adviser to the fund, Virginia Tandy.

The John Ellerman Foundation has done it though its museums and galleries fund, set up in 2014 in a major re-ordering of the charity’s activities. Its low profile is a convenient habit inherited from its founder, Sir John Ellerman, a shipowner known as the richest man in Britain who shrank from celebrity but was a philanthropist with an interest in natural history, art and welfare. He died in 1973 having set up two charitable foundations, the Moorgate Fund (1970) and the New Moorgate Fund (1971), with a number of different purposes, which were amalgamated as the John Ellerman Foundation in 1992.

Over the decades the foundation has progressed with increasing focus, leading in 2013 to a significant new strategy that settled on three areas: the environment, welfare and the arts.

Since 2010 and the beginning of the collapse of subsidy, the role of trusts and foundations has taken centre stage, with growing demands on finite charity resources. “It does feel like fire-fighting at times, it’s still a huge problem” Pollock says. Last year Ellerman had 500 applications, compared with 400 the years before, and 70 of the shared the £5.5m it gave, modest compared with the likes of Hamlyn and Esmée Fairbairn but crucial.

The effects of the grants are felt in the organisations where curatorial skills are vital, says the lead compiler of the report, Virginia Tandy. “Where the difference is most felt, however, is in communities – through high-quality exhibitions for the public, the stronger relations between institutions and local communities and volunteers” she says. “We have seen how this translates into greater civic pride and the protection of cultural, assets for the public”.

The museums and galleries grants are over, typically, three years rather than one-off, only for work of national significance and only to recipients in the regions.

Colchester and Ipswich Museums were given £87,255 to transform organisational understanding of four natural science collections in the group and develop in-house curatorial expertise.

Dorset County Museum got £90,172 towards the salary of a new curatorial director to take the lead on four new permanent galleries.

Gainsborough’s House at Sudbury in Suffolk was given £114,000 including a grant towards the salary of a keeper of art and place, maintaining curatorial skills and collections-based work, and continuing the Art in Suffolk initiative with museums across the county.

National Museums of Scotland were awarded £107,000, this one over two years, to provide curatorial training and support to over 40 local partner museums for a Natural Science Across Scotland project.

Museums Sheffield got £90,000 over three years towards the next phase of their Going Public Project, researching and developing relationships between private and public collections and philanthropists, especially in fine art.

The Orkney Natural History Society Museum was given £75,078 for the salaries of a new collections development team at Stromness Museum.

Tate was awarded £90,903 towards a touring and training programme with regional partners.

Beamish, the open-air museum in Durham, was one of the first recipients, in the programme with £78,000 over three years towards the costs of curatorial work on a Remaking Beamish project.

And the Watts Gallery in Surrey was granted £46,000 over two years towards the pay of a new curator of landscape who will develop a new vision for the Artists’ Village there.

Ellerman has partnered with other donors in areas of shared interest, while others have their own projects – the Art Fund already has grant projects with art curators, and Fairbairn has a collections fund with the Museums Association – and is keen to work with others. Pollock is looking at local enterprise partnerships’ projects as potential links, “but they’re still a bit of an unknown quantity”.

It demands no proof of accreditation or designation, because often the grants are for projects that will lead to such official recognition. Pollock calls it “under the bonnet” support, for work that is essential but mostly unseen.

“We want to open it out” she says. “It's more about trying to help people to achieve the change they want when resources are thin on the curatorial side. We're looking for a curatorial outcome wat the beating heart of a museum.

On March 26 the John Ellerman Foundation will have a seminar in London “to look to the future and reflect on what we’ve learned” Pollock says. “And we’re asking to identify what the biggest challenge in the current landscape is.”