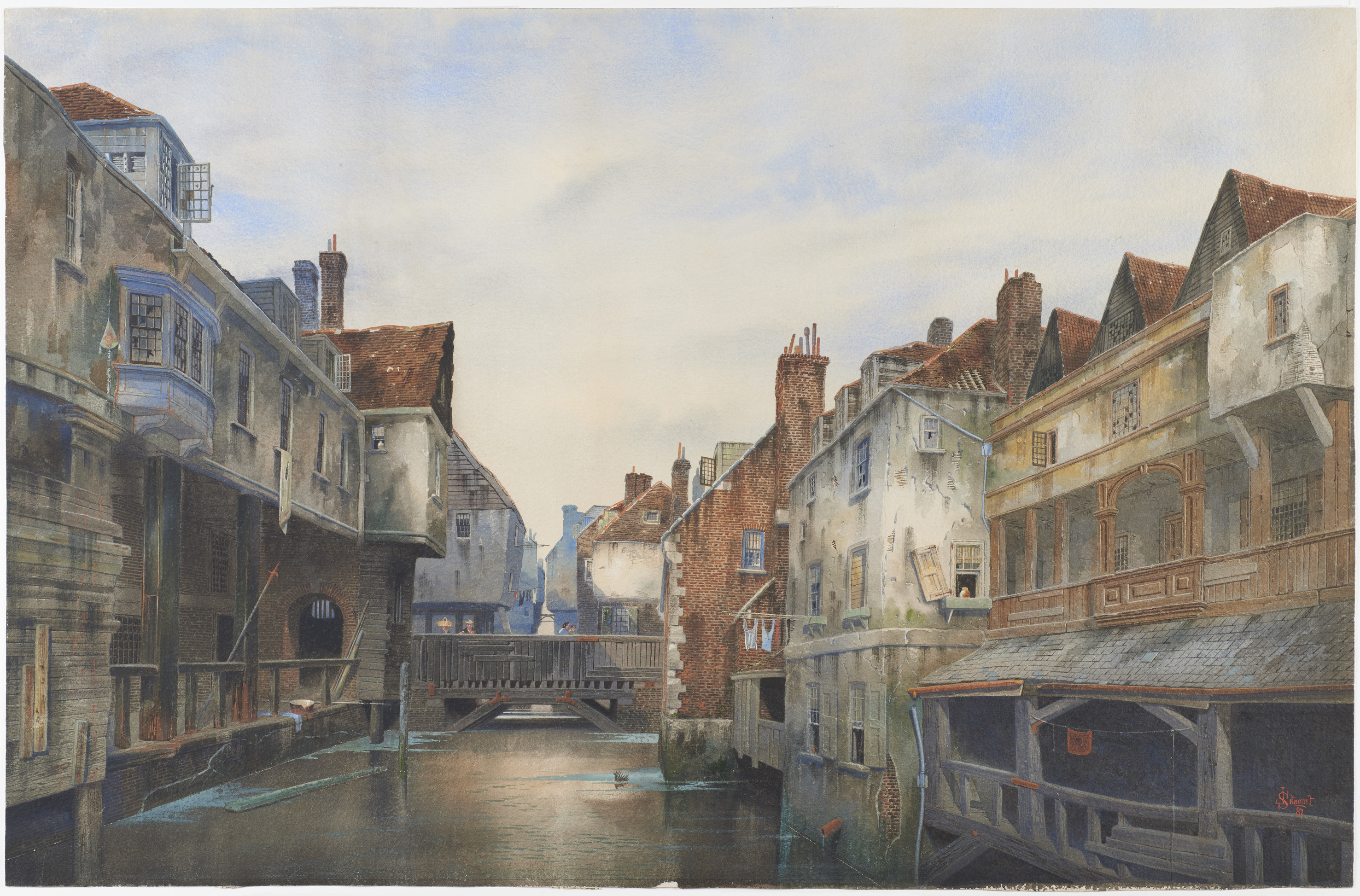 The capital has been shaped by its natural waterways, as a new exhibition at the Museum of London Docklands reveals

There’s an unverifiable story that the first of London’s “secret” rivers to be diverted for human use was the Tyburn, which in the 11thcentury was redirected to pass through Westminster to service the first flush toilets, specially built for William the Conqueror’s coronation.

That story is not in the Museum of London Docklands new exhibition, Secret Rivers, opening on May 24 and running until October 27, but many others show how the natural waterways have been bent to Londoners’ requirements over the centuries.

The exhibition explores nine of the rivers – The Thames, the Tyburn, the Fleet, the Effra, the Neckinger, the Walbrook, the Westbourne, the Wandle and the Lea – through archaeology, art, photography and film, as well as literature and the finds of the mudlarks that have always scoured the embankments for lost treasures, especially along the Thames which runs through 40 miles of London.

Each has its own character and its own legends. Hampstead was once a holiday spa village and it is there that the Fleet springs, one of the most excavated waterways in the capital, once also called “The River of Wells”. It was a Roman dock, and later the medieval Fleet Prison changed the landscape around it dramatically. The Knights Templar were given rights to build a mill on one of its two islands near its junction with the Thames. But the “Fleet Ditch” became irretrievably polluted with human waste, and in the 19thcentury was buried as a sewer. A prize exhibit is the 800-year-old three-seater toilet seat fond where Ludgate now is.

Across the Thames in Southwark was the Neckinger, or "Folly Ditch", in which an artificial island was created, known as Jacob’s Island and a feature of Dickens’s Oliver Twist. In the 18thcentury it supported tanneries, flour mills, and corn merchants among its trades, but it became a thieves’ kitchen in Victorian times and notorious as the worst slum in London and the “cholera capital”.

The Westbourne, starting from Frognal in north-west London, flowed into Hyde Park, filling Kilburn Priory’s moat in the Middle Ages, and later being used to create the Serpentine Lake and to feed the fountains for Ranelagh Gardens and the Chelsea Waterworks which stood on the site of where Chelsea Barracks were later built.

In south London the Effra, whose name comes from the Celtic for “torrent” and was finally buried in 1880, ran from Norwood to Vauxhall, with the Oval cricket ground shaped around a bend of the river.

The fast-flowing Wandle running from Croydon to Wandsworth had 90 mills operating on it at one point in the 19thcentury.

In the 1990s the Wandle, the Effra and the Tyburn were the subject of “daylighting” schemes – projects to uncover the riverways as places of recreation. In Herne Hill there was an office for the Effra Redevelopment Agency, which would also work to provide wildlife habitats. The Tyburn Angling Society claimed to have fishing rights and drew up plans for opening it up to run through Mayfair - requiring the demolition of Buckingham Palace. Neither came about, but they drew attention to the ecological cost of urbanisation.

The River Lea, whose name comes from the Celtic word for “Bright”, ran for 42 miles from the Chilterns to Bow Creek and formed London’s industrial centre until the late 20thcentury; it now borders the former Olympic Park.

“The rivers, brooks and streams of London have had a huge impact on this city over the centuries” said Sharon Ament, director of the Museum of London. “They have been the lifeblood and heart of the capital, when the River Thames was fundamental to trade and tour economy.

“Rivers will continue to shape the future of cities and as London continues to evolve I’m sure we’ll uncover more about the ways we can bring these rivers to life.”