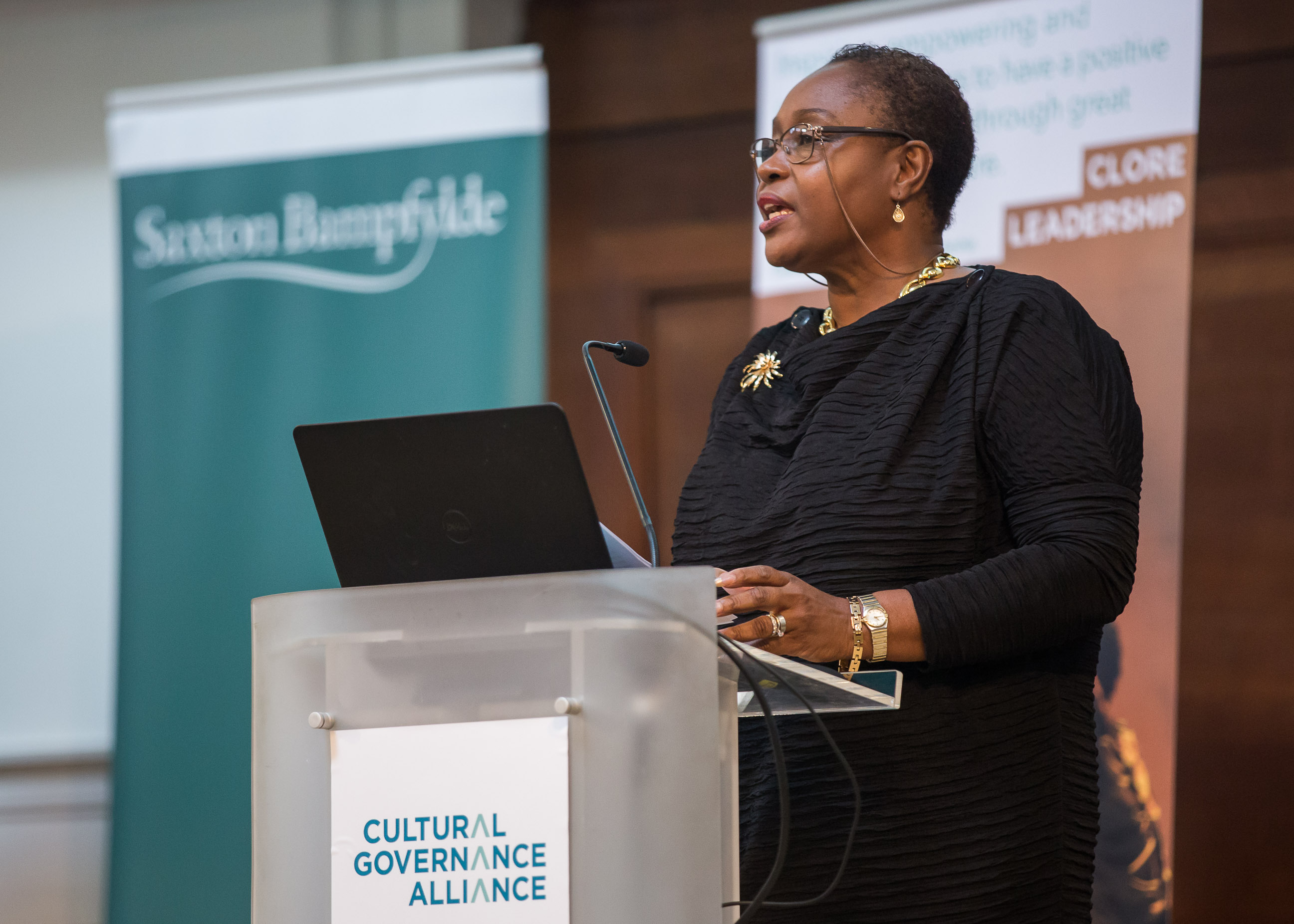 A year ago the Cultural Governance Alliance (CGA) was set up by the Clore Leadership Programme, with partners such as UK Theatre, Cause 4 and Association of Independent Museums, writes Simon Tait.

Its purpose was to confront a nagging problem that had been growing in urgency: boards and how they work with the management of their arts organisations. Were boards engaging with long term agendas? Were there balanced creative and strategic dialogues? Was board members’ expertise being usefully harnessed to the increasingly vital activity of fundraising? Are trustees properly informed about the organisations they are championing? And are risk and responsible management being properly balanced?

Last week the CGA’s now hundreds of members gathered for its first annual conference, Governance Now. What has changed?

In a word, Twitter, says the Clore’s CEO Hilary Carty (main image); more broadly, the constant change and the necessity to be able to respond quickly. All those issues are being tackled, she says, thanks to a more fluid dialogue within organisations and between different companies, and the speed of smart phone communication - “Awareness of the power of social media has heightened, and organisations are having to address that” Carty says.

“It can be something that starts with an innocent looking tweet you wouldn’t raise an eyebrow at, but it snowballs and you are expected to react very very promptly and have all the answers” she goes on. “So there’s a need to have really good communications across an organisation, a need to have a united perspective in dealing with challenges, and knowing where the responsibility lies. And have a strategy.”

Strategy is the job of the board, but as was made clear a year ago that strategy only works of the CEO and their team are working to it as well. The challenge then was that boards were often not working in harmony with management, and the issues of selection (of trustees), training (or existing knowledge of the work of the organisation) and commitment were hindering operations, and much of that is being resolved just by the opening of communication, between boards and CEOs but also between organisations.

Now, Carty says, there are thousands of tweeters exchanging notes on CGA issues and solving problems together.

And the only too visible elephant in the room is Brexit, especially for organisations with international connections for which that particular uncertainty can be “really debilitating”, she says. “You can strategise for plans A & B, but when you’re on plans K and M it gets really difficult - finding ways to hold your nerve, remember what your ambitions are, keep connecting with your partners nationally and internationally, and build alliances. That’s what cultural organisations are having to do in order to deal with things we can’t actually control but we do have to respond to”. 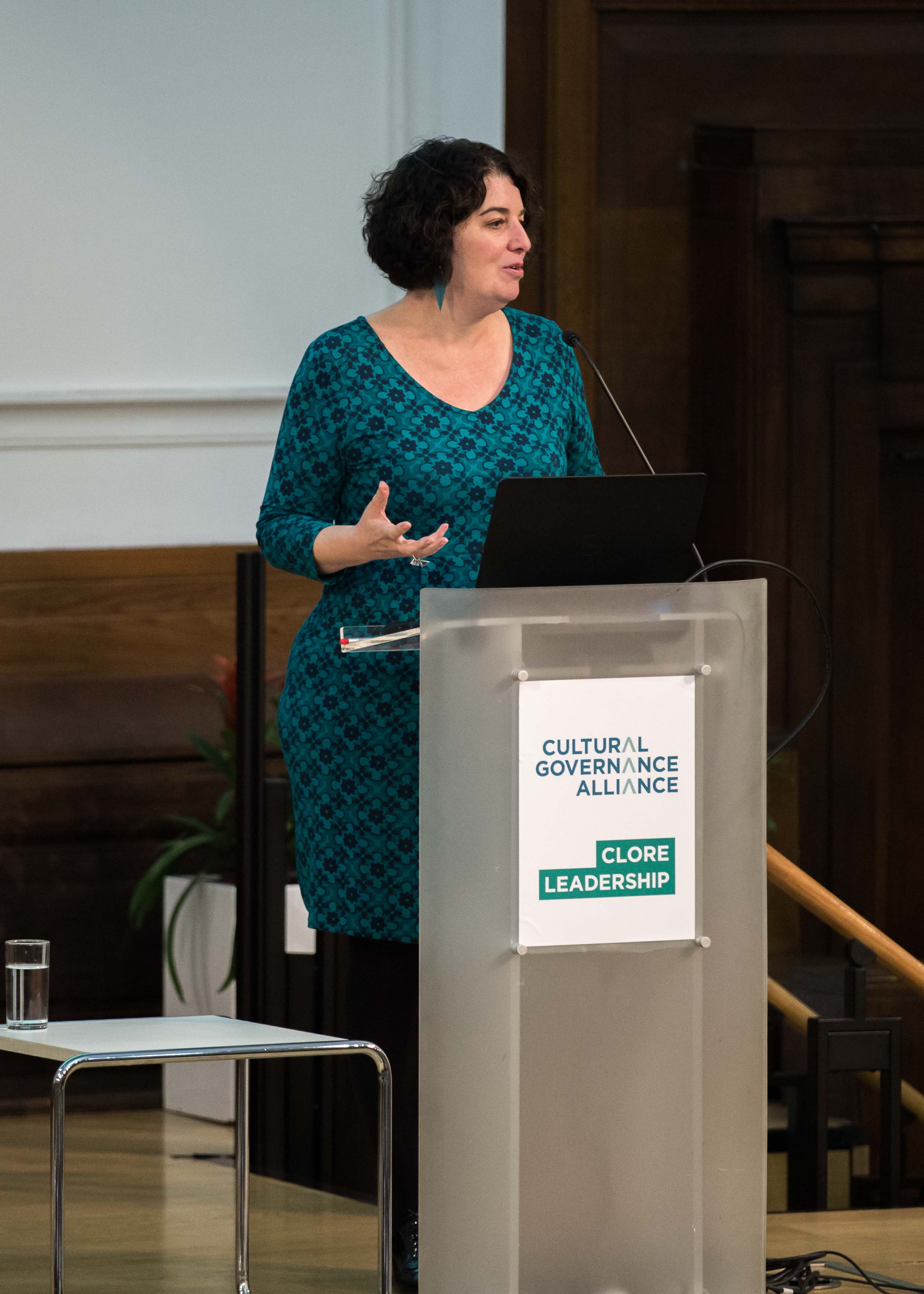 The relationship that is the most vital is the one between chair and chief executive, or artistic director. A key note speech last week came from a CEO who is also a chair, Moira Sinclair (above). As well us running the Paul Hamlyn Foundation, she chairs the Clore Leadership Programme, a role she has taken on since last year’s inaugural CGA meeting, so she is uniquely able to give advice.

Chairs that work well understand the value of their CEO and enable them “to be their best selves”, she said. They should be talking from the same script in terms of values and mission – “when things go wrong, it’s because there can be a profound mismatch with what both parties think they are there to do and crucially how they think they are going to do things”. She lines chairs who “work hard to create a culture of openness, transparency and enquiry; who don’t create cabals; who make sure voices around the table are heard, but don’t allow grandstanding; and understand that a diversity of experience and viewpoint makes for richer, better governance” she said. “It’s easy to say that this balance is all about communication”.

So she gave more than her experience, she added a 12 point guidance, aimed at both CEOs and chairs.

What has also changed since last year has been the establishment of a website to give guidance and make connections, and also to encourage individuals and organisations to take up free membership of the CGA to increase the dialogue. Go to https://culturalgovernancealliance.org