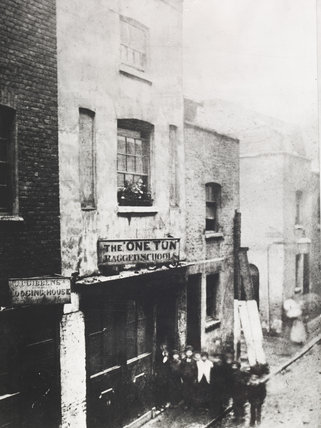 Dickens Museum takes to the mean streets of Victorian London

The museum that now occupies the house where Charles Dickens wrote one of his most popular novels has turned to the streets the writer roamed at night for its new exhibition.

Dickens lived at the house in Doughty Street, Bloomsbury, from 1837, when he was 25 and at the start of his lifelong popularity following the success of his first book, The Pickwick Papers, and his magazine series Sketches by Boz, to 1839 during which he wrote most of Oliver Twist. When it was published his fans were expecting another Pickwick romp and were taken unawares by the social realism delivered in the new story that was in turns horrifying and heart-warming.

The museum, completely reliant on philanthropy and what it can earn, had two long closed periods during which it was able to consult with the public and reassess its place in the community. “We consulted 90 or more people and local schools, and then worked with a focus group, and we found a lot of enthusiasm for the museum among the neighbourhood and beyond” said Cindy Sughrue, director of the Charles Dickens Museum.

The consultation led to the realisation that much of the London Dickens knew when he lived at 48 Doughty Street, and the London that inspired Oliver Twist, is still standing, resulting in the exhibition More! running from today until October 17. 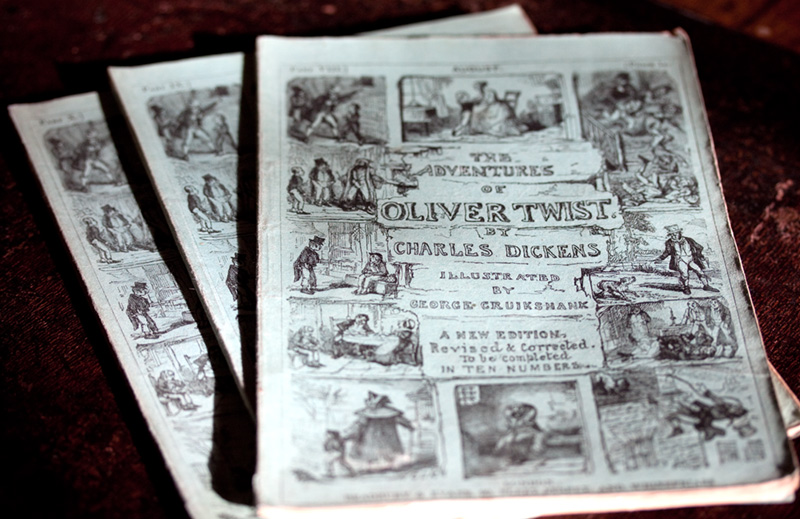 It was Dickens’s habit to go on night-time prowls around the neighbourhood of Clerkenwell, Holborn and Hatton Garden, encountering the city's nocturnal life, returning to his desk to write up his notes. It is in Saffron Hill, Hatton Garden, where the Artful Dodger recruits Oliver to Fagin’s gang; The Three Cripples pub in Hatton Garden where Bill Sikes and his associates conspired is based on The One Tun (main image) which Dickens knew well in the 1830s; nearby in leafy Pentonville is where Mr Brownlow has his comfortable suburban house; Oliver’s birth is described meticulously, Dickens writing shortly after the birth of his own first child, Charley, at Furnival’s Inn; at Clerkenwell Green Dickens sets the scene for the Dodger to pick Mr Brownlow’s pocket, for which Oliver gets the blame; in Hatton Garden again is where the offices of the lawyer Mr Laing were, where Dickens had himself smuggled in to observe the inside of the practice of a notoriously harsh magistrate, who appears in the book as Mr Fang, sentencing Oliver to make an example of him; and Dickens visited Newgate Prison to enable him to describe the agonising Fagin in a cell awaiting his execution.

“What struck us was that many of the issues that worried Dickens in the 1830s and 40s are still with us today - injustice, child poverty, juvenile crime, the wide gap between extreme poverty and extreme wealth, inadequate housing for the very poor - which the children we spoke to were to very attuned to” Sughrue said. 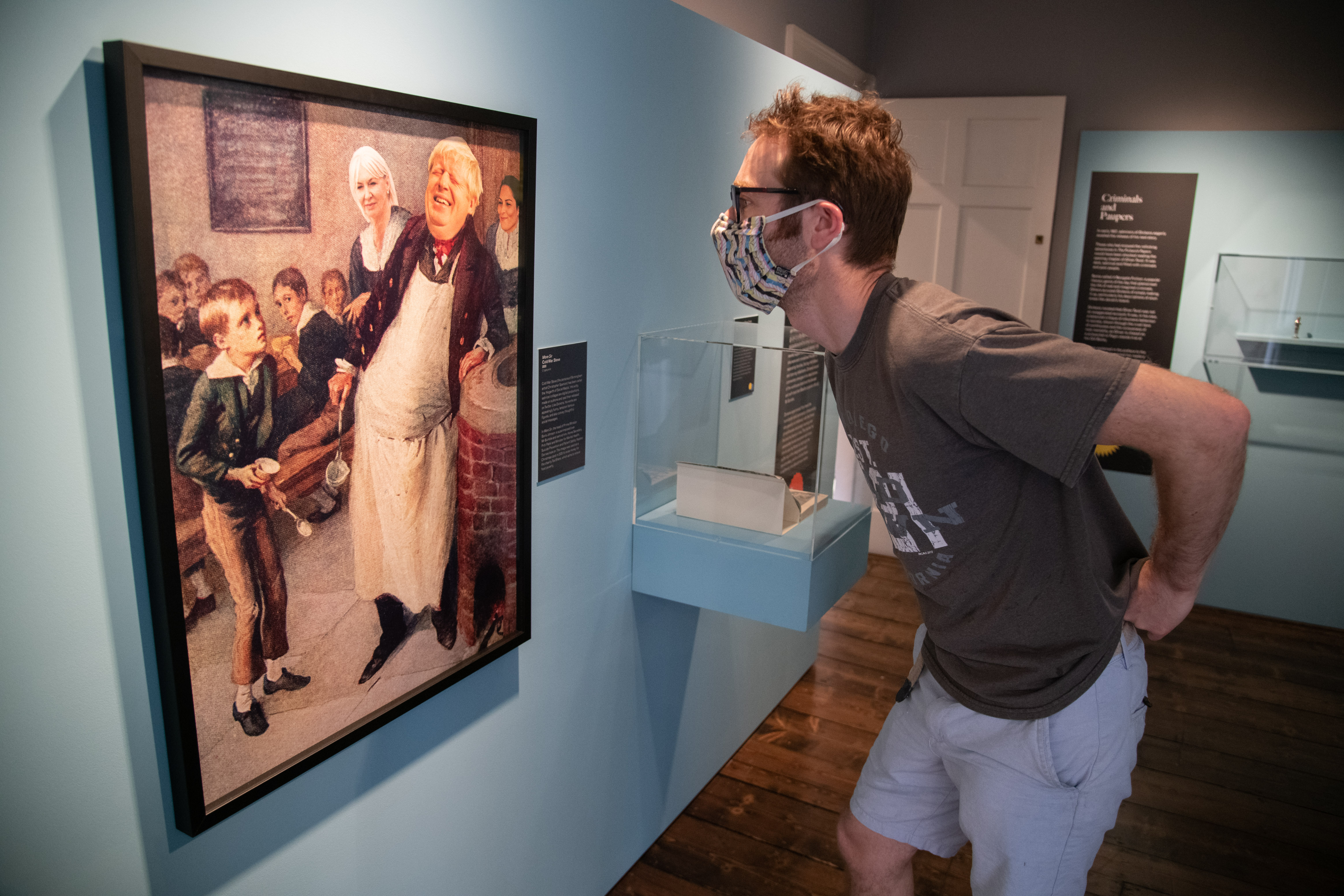 To underline how Dickens still chimes with modern issues, the exhibition has a cartoon (above) by the satirical artist and collage maker Cold War Steve (Christopher Spencer) in which the scene where Oliver asks for more in the workhouse has Boris Johnson as Mr Bumble the Beadle, assisted by home secretary Priti Patel and health minister Nadine Dorries.

The museum reopened for a test day on May 31 and was sold out, but Sughrue expects it to take up to three years for visitor numbers to reach pre-Covid numbers. Half of visitors normally come from overseas, but Sughrue hopes the exhibition, which has been funded by the Culture Recovery Fund, will attract British visitors from outside London.

“Oliver Twist is our local story; so much of the action takes place around this part of London and we really look forward to sharing this most celebrated story without local community and with Dickens’s fans from further afield” she said.

As an early reviewer of Oliver Twist wrote in 1839: “Life in London as revealed in the pages of Boz, opens a new world to thousands bred and born in the same city, whose palaces overshadow their cellars – for the one half of mankind lives without knowing how the other half dies”. 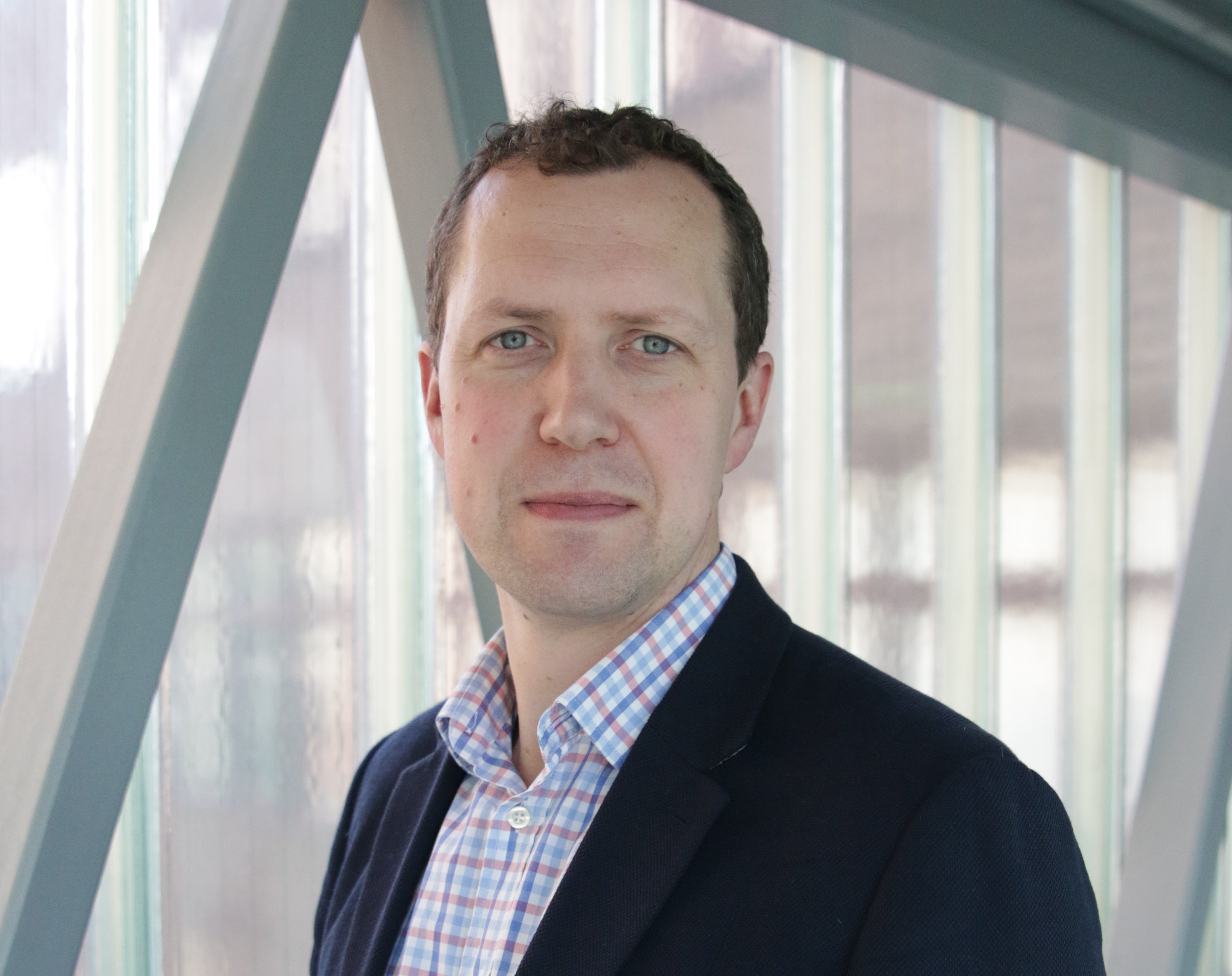 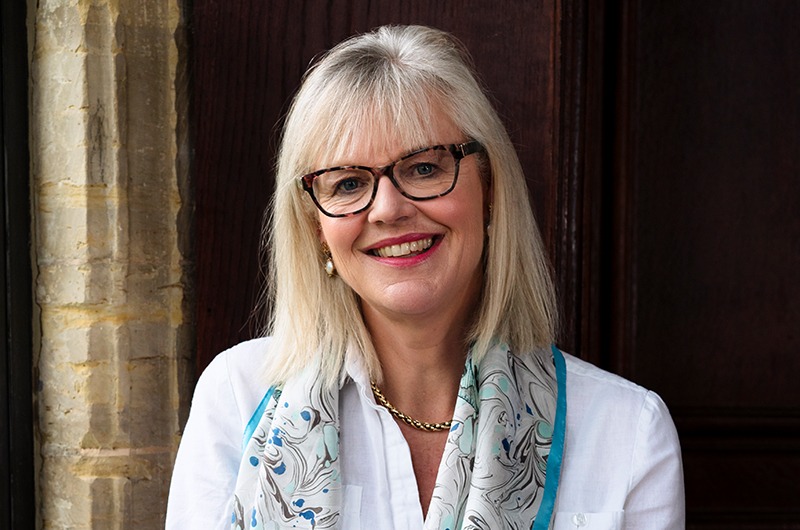 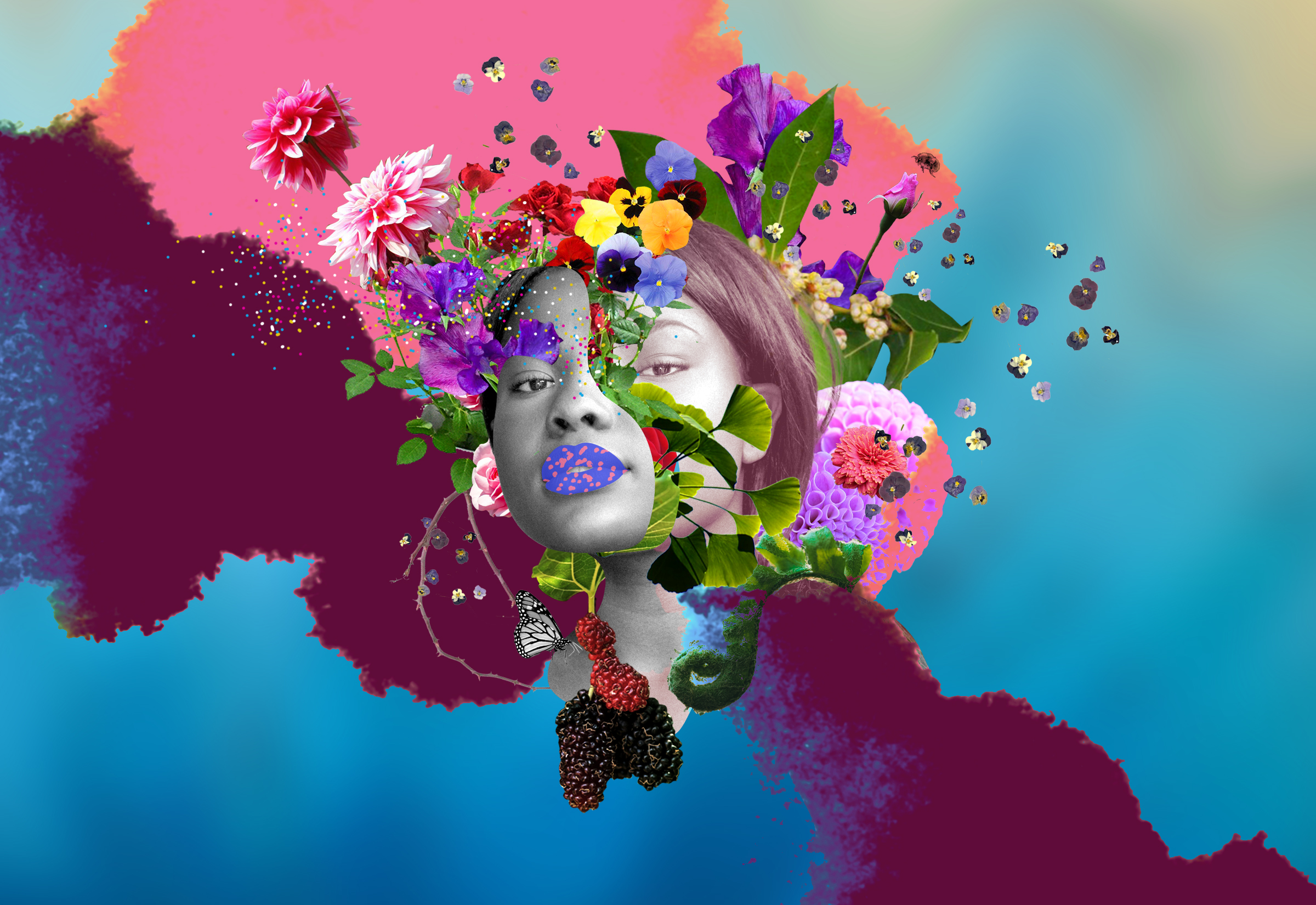 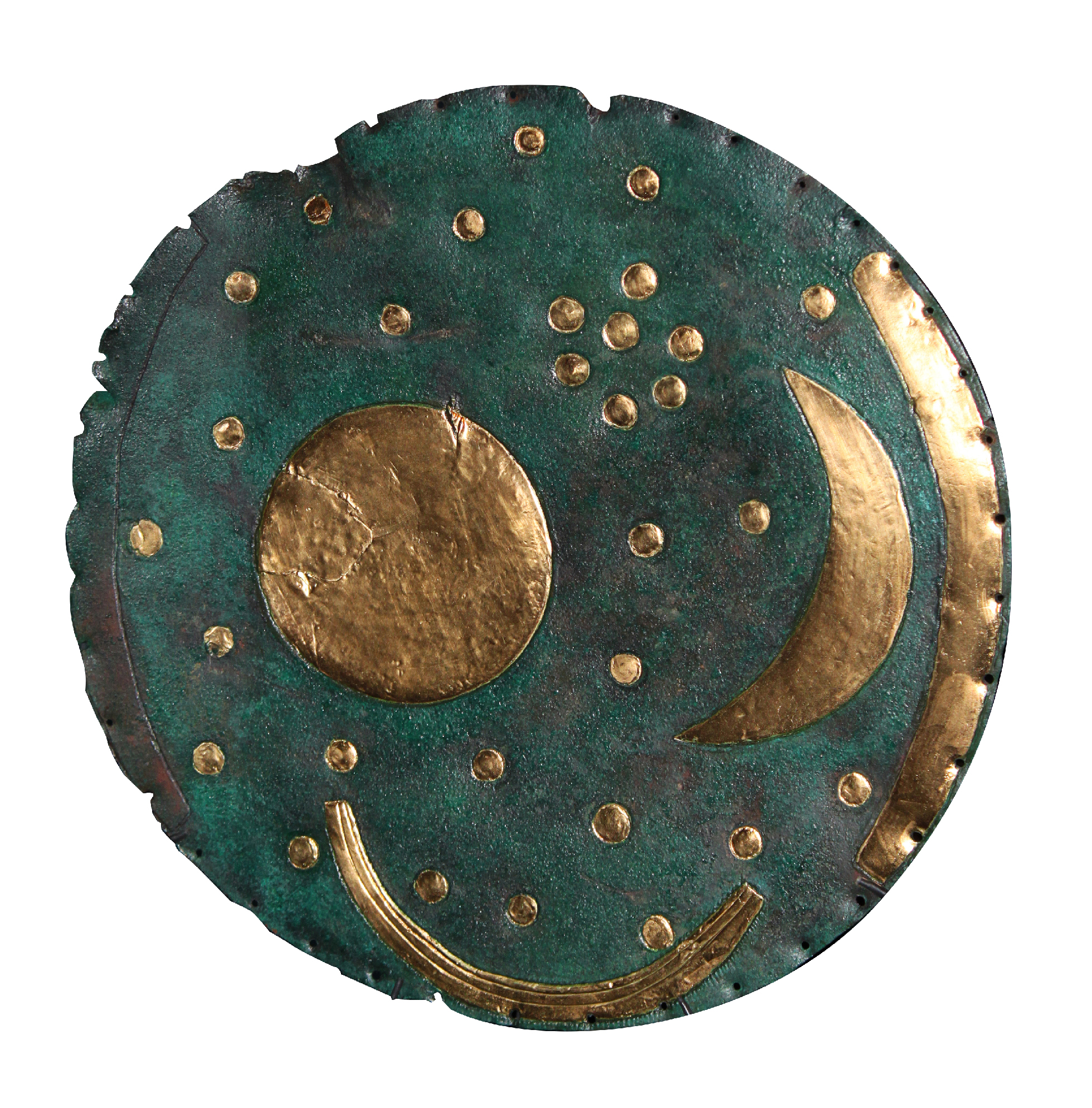