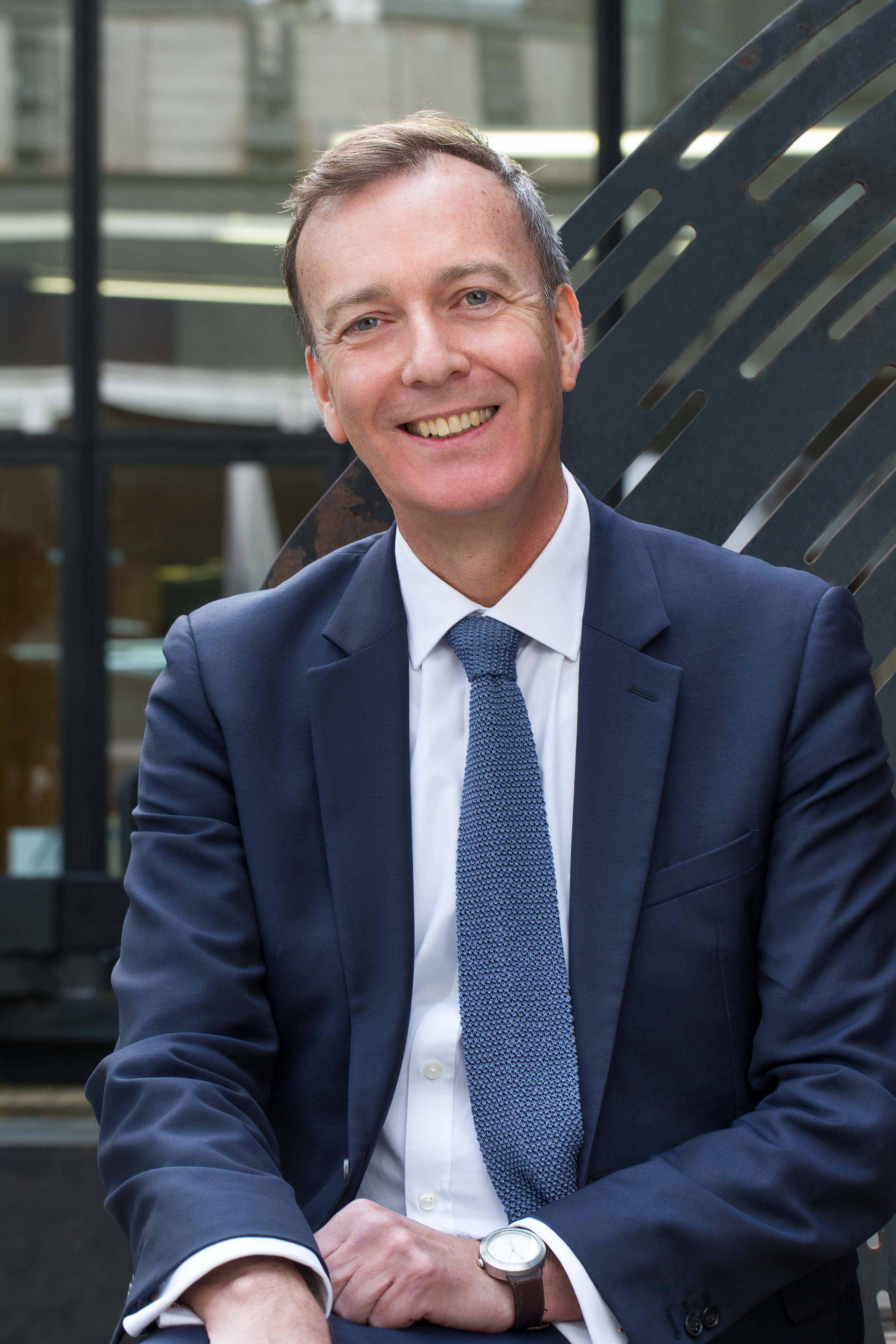 AI PROFILE The drumbeat of creativity in the fourth industrial revolution

The Royal College of Art, our only entirely post-graduate art school and for the last seven years the world’s top centre for design teaching, is about to complete its biggest development in its 185-year history. It is to become a scientific research establishment.

Provocative as that statement might be, it’s a measure of how far design and the new technologies together have become key to Britain’s recovery and development, post-Covid and post-Brexit. But art, assures the RCA’s vice-chancellor Paul Thompson, will remain at the heart of its teaching.

The £110m Herzog de Meuron designed building in Battersea, complementing the Dyson building already there, will take the college into the technological future that Thompson sees as its natural course.

The new building, which welcomes its first students in January, incorporates a multifunctional hangar space for exhibitions and large-scale making; the eight floor Rausing Building for research and flexible testing; the Helen Hamlyn Centre researching the contribution design can make to improving people’s lives; and in the Clore Innovation Centre is InnovationRCA, a centre for the contemporary wisdoms of enterprise, entrepreneurship, incubation and business support.

The RCA is taking a lead, Thompson says, in the fourth industrial revolution, so much so that the Battersea development has already been dubbed the Creative Arts Factory. “Yes” he agrees. “It’s what it resembles. It’s definitely got an industrial feel”. The staff has already been augmented by specialists from non-art disciplines – a roboticist from Imperial College, a computer scientist from Warwick University, a material scientist from Istanbul Technical University. “What’s interesting is that art and design are now at the front of the question rather than at the back of it, and for the last three years we’ve been slowly building expertise” Thompson says. The question, by the way, is simply where does Britain go from here?

Now 62 Paul Thompson has been vice-chancellor - the title was changed from the arcane “rector” which was acquired with the royal chartering 1967 to bring it up to date just as the “provost”, the former Apple chief designer Jony Ive, is now the chancellor - since 2009. Educated at the progressive Bryanston School, Bristol University and the University of East Anglia where he completed his PhD in modern European thought, he became a researcher for the Design Council and then a curator at the Design Museum by Tower Bridge, of which he became director in 1993. In 2001 he became director of the Cooper Hewitt, the Smithsonian’s design museum in New York, and then joined the RCA.

The Royal College of Art began the Government School of Design and was later incorporated into Prince Albert’s educational estate at South Kensington, funded out of the profits of the 1851 Great Exhibition. It had a couple of name changes before in 1896 getting its present title, but for most of the rest of its life it was a misnomer. The RCA was principally a design institute, and despite such high profile alumni as David Hockney, Tracey Emin and Peter Blake its fine art school, stuck as it was behind the V&A, was the little sister of design.

But that is no longer true, and fine art is now on at least an equal footing with design, the simple rules and practices of creativity still valued. “We’re very very committed to the medieval technologies that still exist in jewellery, metal, ceramics and glass” Thompson says, adding that at least half of the Battersea campus will be occupied by fine art students.

The last great development for the RCA was the Darwin Building - now Grade II listed - next to the Royal Albert Hall in Kensington Gore completed in 1961, but by the mid-80s the campus was ramshackle, with departments sprawling around South Ken. The urgent search for a new one began when the sculpture department housed in a former Crimean War hospital shed had to move because it was on land owned by the Natural History Museum which needed it for its own development. Sites in Docklands and Ladbroke Grove were considered before finally Battersea was decided on. The £21m Dyson Building bringing together photography, printmaking, sculpture and painting opened there in 2012.

It will not mean a wholesale abandonment of South Ken, with the Darwin building scheduled to be upgraded and long-established associations with the other institutions, especially the V&A - of which Thompson is a trustee – reinforced, he says. The RCA becomes a two-campus university, one a 15-minute bike ride from the other. 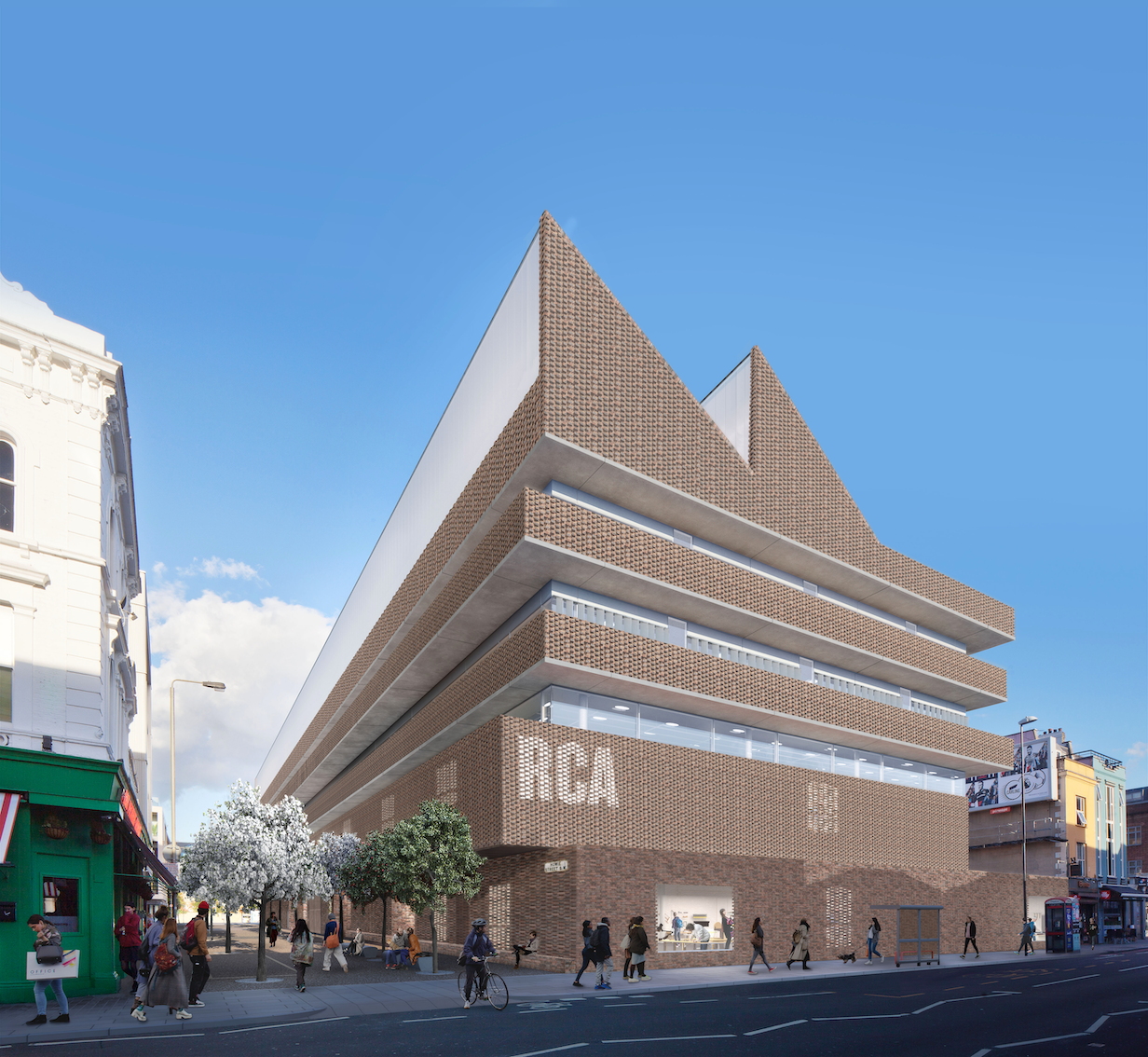 There’s a shift of emphasis to design-led research as the economy recovers he says, not a new emphasis from art to science. The changes in the last ten years, in architecture and design, communications, computational art for examples, has been dramatic with creative minds and new science working as one. “So the idea of there being two cultures is a division we believe should be eroded as much in 2021 as it seemed necessary in 1959 (when the industrial design course was first established)”.  STEM (science, technology, engineering and mathematics) as the government’s priorities for education should now be STEAM, with the addition of art.

While Brexit is gradually taking its toll, with a drop in European student applications mirroring the national figure of about 40%, the RCA has seen a steady increase in applicants from India, the US, the Middle East and, unflaggingly, from China for a dizzying array of post-graduate courses. There will be 2,300 students registering later this month, exactly the same as in 2019.

The college continues to more than earn its keep with research commissions worth tens of millions already under way. Thompson has introduced new disciplines such as environmental architecture, and has forged partnerships with overseas universities in Singapore, the United States, Japan and China. He welcomes the move of his old charge the Design Museum to be closer in Kensington High Street, and the two institutions are already collaborating, alongside Oxford and Newcastle Universities, on a project to explore designing for independent living for the old and infirm called the Design Age Institute.

The government has supported the RCA development, contributing £54m to the cost, and Thompson welcomes the fact that business secretary Kwasi Kwarteng’s innovation strategy published in July recognises the value of creativity and the cultural industries. But although the RCA is not yet affected, cuts to arts and humanities teaching at higher education level are not sending the right signal, undergraduate courses being hit the worst. That the figure of £112bn being what the creative industries contribute to the economy’s gross value added is promulgated by the DCMS doesn’t mean that Thompson and his colleagues can relax the lobbying of ministers to remind them of the fact.

Because the arts and creative industries - Thompson is on the board of the Creative Industries Federation – will be “absolutely instrumental and essential in the levelling up agenda but also in the economic recovery”. He quotes Sir Peter Bazalgette’s 2017 report for DCMS that there will be a million new jobs in the sector by 2030, twice the growth of any other. “So this is an important industry and the fact that the RCA is at the foundation, training so many of the individuals who will lead the vital innovation, is what convinced the government to invest in the new campus” he says.

Not all government departments are convinced, though, and what worries Thompson is what he calls the steady drumbeat of distrust about some higher education, the low value of non-STEM courses echoed in some parts of the press and media. “I think we’ve got to change that rhetoric and it’s for us as a sector to do. We’ve got to beat our own drum a bit more loudly, get people to see it’s a university that discovered the Covid vaccine, that it’s the knowledge economy that is the future and that universities are behind the knowledge economy, fantastic at economic regeneration and local employment. That sort of drumbeat.”