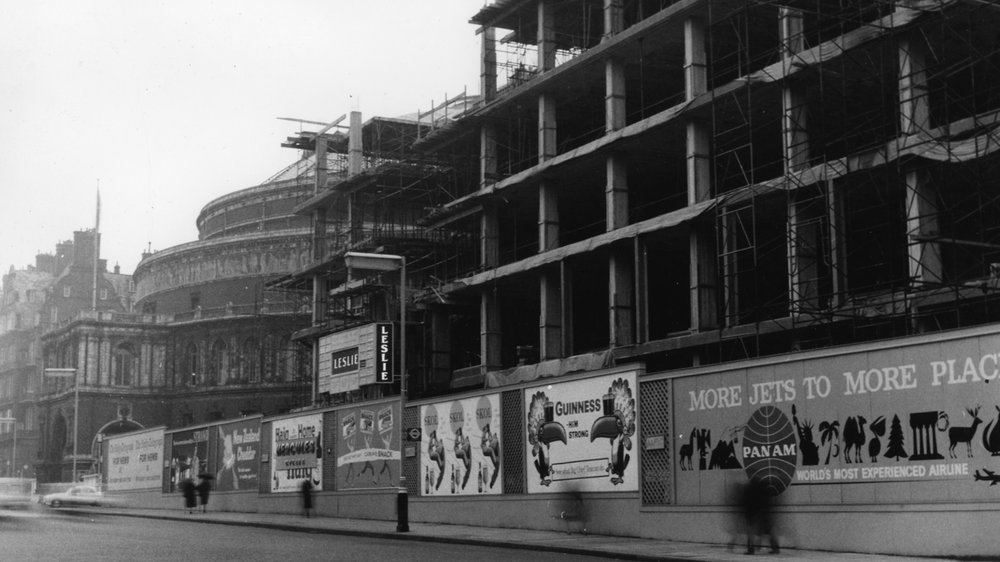 With the imminent completion of its £110m Herzog & De Meuron designed building in Battersea, the Royal College of Art is moving ever more closely to being the world’s leading centre for industrial design, which some see as a negation of its name.

In AI’s profile this week https://www.artsindustry.co.uk/feature/2643-ai-profile-the-drumbeat-of-creativity-in-the-fourth-industrial-revolution the vice-chancellor, Paul Thompson, says this is not only a gross simplification but wrong – the RCA has more fine arts students than ever, and the importance of fine art disciplines to the process of design development is not only recognised but being exploited as never before. And the RCA, an independent university since 1967 (when the principal was renamed “rector”, now vice-chancellor) is at the forefront of the creative industries’ piloting of the UK’s economic recovery, at the prow of the knowledge economy. It is at the RCA’s second campus and is the biggest change in the college’s history that may change our lives.

But this is not new. The liberalising of the college began when Robin Darwin, old Etonian grandson of Charles, a drop-out from both Cambridge and the Slade School of Art and the wartime head of the government’s camouflage design unit, became principal, and there’s a nice story about that.

When Darwin, who was in charge from 1948 to 1971, arrived at its then Exhibition Road space behind the V&A, there was a single lavatory available to the staff accessible by a single key which had to be applied for to the head janitor who kept it hanging in the porter’s lodge attached to a block of wood which enigmatically bore the legend “King George V”. One of Darwin’s first acts was to give each member of staff their own toilet key and with it a hitherto unheard of degree of independence. “Perhaps our Yale keys were an indication of the expected effect on our digestive organs of the changes at the college” wrote one of them, Gilbert Spencer.

It seems a minor gesture but it was the prelude to a revolution Darwin was to institute at the college. When he arrived the RCA was under direct government control and under him, as Christopher Frayling writes in his 1987 history of the RCA, “The dead hand of the ministry had been amputated to allow the college to grow up”. An Attendance Book in which each member of staff had to record their times of arrival and departure was torn up.

In Darwin’s time the RCA saw the explosion of Pop Art with a generation including R B Kitaj, Peter Blake and David Hockney; it built its own building in Kensington Gore next to the Royal Albert Hall, the Darwin Building, for design and applied art students (the college had been founded in the 1830s as the Government Schools of Design); it got a royal charter and university status; it attracted innovators – Ridley Scott, Ian Dury, Ossie Clark, Zandra Rhodes, James Dyson, Len Deighton, Elizabeth Fritsch.

The biggest shift was the establishment of the industrial design course in 1959 under Misha Black, the architect who designed Westminster’s street name signs and the London Underground’s trains, including the vehicle design course whose graduates produced the Audi Quattro, the Aston Martin DB7 and the Porsche 911. Darwin called the pre-1948 college a dodo; post-1948 it was a phoenix.

By the 1980s the RCA was an international model for design and art teaching, its staff a roll-call of famous painters, sculptors and designers, but it was bursting and sprawled all over South Ken, with fashion in Cromwell Gardens, sculpture in a former Crimean War hospital shed in the grounds of the Natural History Museum and film and television in a Queensgate Portakabin. It had to move.

Meanwhile, fine art had become a secondary pursuit, and the assumption has been that the creation of a new campus already dubbed the Creative Arts Factory was the final nail in the coffin. The opposite, Thompson says, is true.

Robin Darwin’s mission was to produce the designers of Britain’s post-war reconstruction, an acknowledgement that design was key to the future, and Harold Wilson’s “white heat of technology” was deployed assiduously at the Darwin Building.

That mission is much the same under Thompson, but with the difference being that the fine arts are no longer the Cinderella. In the Dyson Building which opened in 2012 in Battersea the disciplines of photography, printmaking, sculpture and painting are all together for the first time. “We’re very very committed to the medieval technologies that still exist in jewellery, metal, ceramics and glass” Thompson adds, and at least half of the new building will be occupied by fine arts students. He expects the student number to rise from the present 2,300 to 3,000 with ten new courses, including robotics, and applicants representing 76 nationalities.

Far from being abandoned the South Ken campus remains with the Darwin Building (my picture shows it being built 60 years ago) stripped of all the infills and divides accumulated over the last half century to “return it to the very radical stacked workshops and studios it was intended to be”.

Even the DCMS has accepted that last time anyone looked the creative industries were worth £112bn a year in gross value added, that it’s the fastest growing industry in the UK, that by 2030 it will be responsible for a million extra jobs, and what the arts education industry now knows - have you noticed how every activity has become an industry? - that art, the discipline, the techniques, the mastery of materials and instruments, but chiefly the creative mind, comes first. Now with the business secretary Kwasi Kwarteng publishing a new innovation strategy that explicitly recognises the value of culture and the creative industries, you’d think the argument was won.

Well, just as he was announcing that, and as the likes of Thompson were lobbying as hard as they could to no avail, the education secretary was going ahead with halving higher education art and design courses in order, Gavin Williamson says, to save £20m. He told the Office for Students to “reprioritise funding towards the provision of high-cost, high-value subjects that support the NHS... high-cost STEM subjects (science, technology, engineering and mathematics)”. Courses will close and the selection of creative brains for the post-grad research being pursued by the likes of the RCA will be cauterised, gains to the economy worth a myriad times that paltry £20m lost, mostly thanks to the clamour in parts of the press and media against “low value non-STEM courses” and a distrust of higher education some ministers are influenced by.

So despite the facts that persuaded one part of the government to chuck in £54m to the development costs at Battersea, the lobbying has to go on. “We’ve got to change that rhetoric and that’s for us as a sector to do” Thompson says. “We’ve got to beat our own drum a bit more loudly, get people to see it’s a university that discovered the Covid vaccine, that it’s the knowledge economy that is the future and universities are behind the knowledge economy, fantastic at economic regeneration and local employment”.