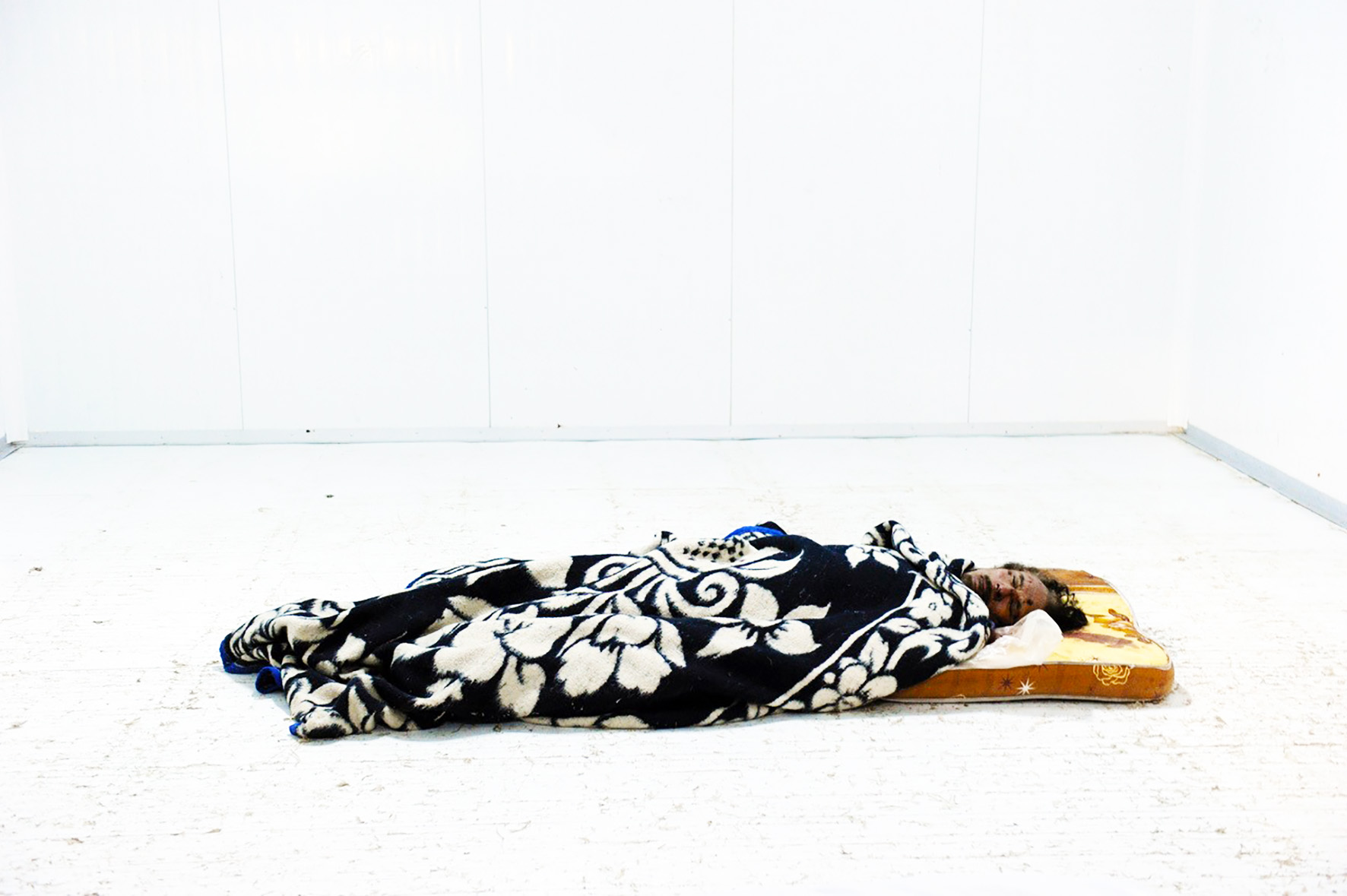 It is ten years since the turmoil of the Arab Spring crawled across the countries of North Africa. Tunisia, Egypt, Yemen, Syria, Libya were all affected.

Protests, revolt and civil war fell upon them as citizens objected to the status quo and corruption of their governments. In August 2011 the Libyan leader Muammar Gaddafi was overthrown, and months of revolt ensued supported by NATO aerial resources.

Gaddafi was caught in his hometown of Sirte in October by forces supporting the National Transition Council.

A convoy carrying Gaddafi and his son Mutassim was attacked by NATO aircraft, and among the casualties was his son.

One of the vehicles that survived the initial attack had Gadaffi onboard, but as it made a break from the convoy it was attacked again, and this time Gaddafi jumped from the car and sought cover in a drain where he was later caught by fighters supporting the National Transmission Council. During his capture he was shot and later died.

Over 400 miles away photographer Lucy Young was working in Tunisia covering the first election of the Arab Spring. “News reached me about the developments in Libya as I sat in a hotel lobby in Tunis” she says. “A photographer asked me if I was going to go to Libya and I decided on the spot that I would go, and together, along with another photographer, we hired a driver and headed for Libya”.

Ten hours later, and without visas or the necessary paperwork, Young and her two companions arrived at the Libyan border where they were initially refused entry.

“They didn't tell us to leave so we hung out with the head of border control, and I persuaded him to get us a lift into Tripoli” she says. One of the border guards took them in the end.

“He had to move a large gun in the boot to fit our camera gear in and then we crammed into his beaten-up vehicle with cracked windows. The car constantly ‘binged’ until at one stage he stopped at a check point, seemingly in the middle of nowhere, to collect a pop bottle of fuel. It was a wonder we made it to Tripoli.

“Gaddafi’s body was being held in Misrata. When we arrived, there was a huge queue of people snaking along the road and around the corner.

“Following a brief discussion with officials, I was taken to a room-sized refrigeration chamber where Gaddafi’s body lay, a blanket pulled up to his chin.

“Muammar Gaddafi’s was the first dead body I had ever seen, so in the moments leading up to walking through the door I was unsure how I would feel about it. Surprisingly, nerves dissipated on entering; I was unmoved - his body was just a powerless shell.

“People filed into the refrigerated unit for hours on end, with the line kept swiftly flowing by armed guards. Some paused and quickly took a photo or even a selfie whilst others were more contemplative as they circled.

“What stood out to me was the palpable need for people to see, without question, that he was indeed dead - that after 40 years under a strict dictatorship, Gaddafi’s oppressive reign was finally over. This desire was underscored when the proceedings were interrupted to allow a frail old woman to enter, supported by her family members, her body bent double, insisting on seeing his corpse for herself. With her failing eyesight she was brought to within inches of his face.

“Hundreds of people came to view Gaddafi’s body before it was buried in secret overnight, but I wanted a less chaotic image of him, without the organised chaos of people bustling around his body. I persuaded the guards to allow me 30 seconds alone to take a handful of frames. I wanted to show starkness - Gaddafi had always been seen as an eccentric figure, known for his all-female bodyguard entourage and eclectic wardrobe, among other things. It was important to me to show the contrast in his death where he lay in a bare, fluorescent-lit fridge, devoid of pomp and ceremony.

“Only a handful of quiet seconds passed before the door opened and people filled the room once again.”

The image of Gaddafi was chosen by The Guardian as one of pictures of the year for 2011.

Lucy Young graduated with first class honours in documentary photography from University of Wales, Newport. She immediately moved to London in the hope of finding work as a photographer, and within a month she had landed her first job as a staff photographer on a newspaper group in North London.

Three years later she decided to move onto a new challenge taking a job with National News and Pictures in Central London, an agency known for testing the mettle of young photographers.

“After six months of pounding the streets of London with my cameras I’d built up a decent portfolio of publications” Young says. “I did the rounds talking to picture editors from national newspapers, showing them my work. I remember speaking to The Times and amazingly I was asked to cover a job for them that very evening. I had to ask if I could pop back in a few minutes as I had an appointment with The Sun, which luckily was in the same building.

“The Sun that day had used my photograph of a female police officer caught up in student riots at Millbank Tower, the headquarters of the Conservative Party. The police officer was staggering out of the building with a blood-stained cotton pad gaffer-taped to her head, her police hat perched on top.

“The Sun picture editor offered me a week’s trial at The Sun which I accepted, and then I hopped onto a train to do the feature for The Times.

After a week’s trial at The Sun she quit her shifts at National News and Pictures to go freelance and worked for the next three months for The Sun before moving to The Times on a regular basis.

The work of Lucy Young has been published widely. Since going freelance in 2010 she has worked regularly for the Evening Standard, The Sun, The Times, Daily Telegraph, The Independent and Metro. Lucy has also created magazine content for Time, Variety, Bild, Grazia, Der Spiegel, OK, Harper’s Bazaar, GQ, The Week and Kerrang.

You can buy this picture at  https://www.fleetstreetsfinest.com/product/photograph-for-sale-photojournalism-as-fine-art/