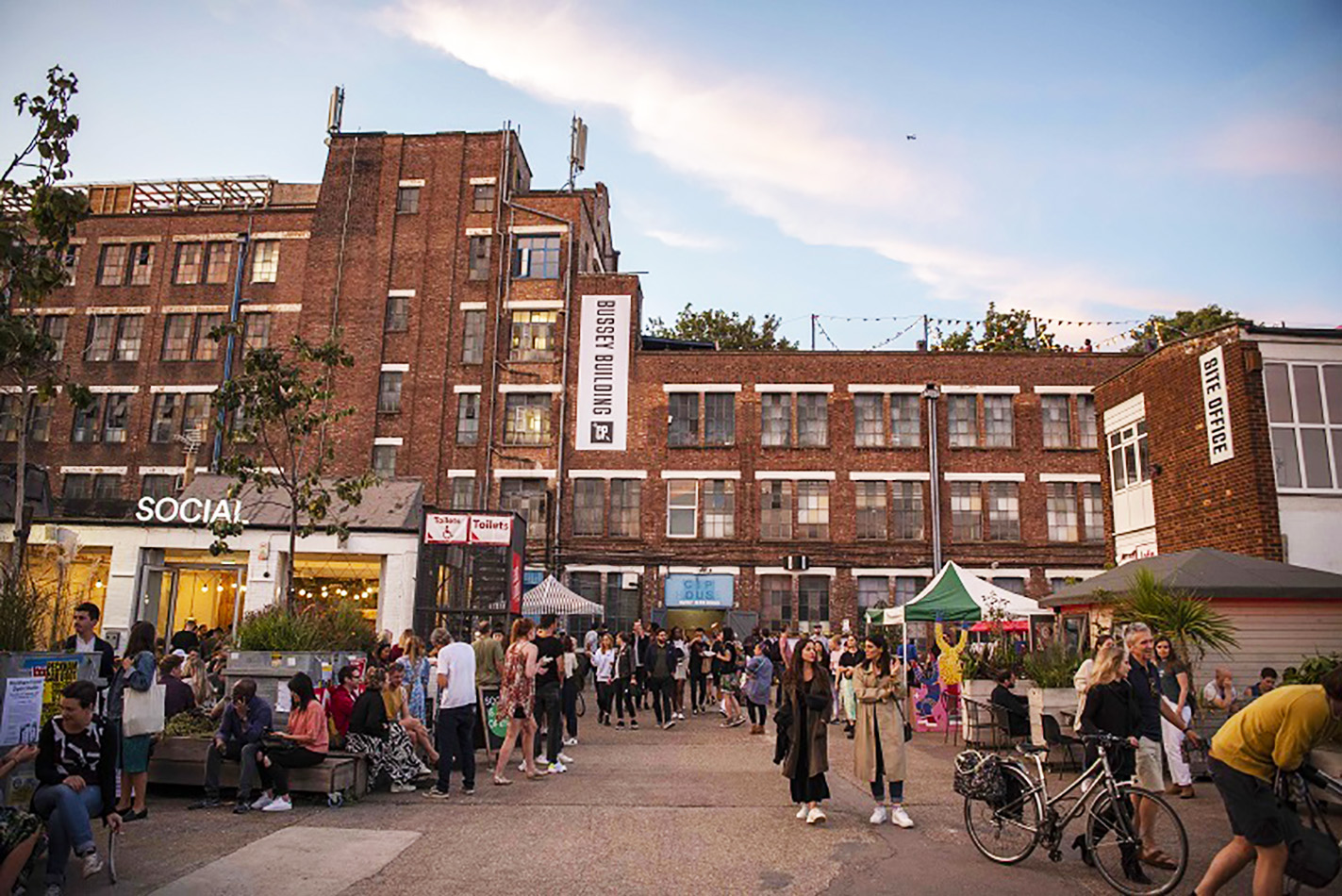 Eleven years ago the Independent on Sunday ran a story with the headline “Introducing the new Montmartre: it’s Del Boy’s manor, Peckham SE15”. It was announcing the launch of a ten year plan “for Peckham’s rebirth as the capital’s cultural heartbeat”.

As a plan it didn’t survive, but despite the hyperbole the renaissance it was supposed to inspire has made it in that Peckham has emerged as a cultural hub largely formed by artists rather than planners, and that Montmartre analogy has been resurrected in a monograph about Peckham by the cultural historian Robert Hewison, published on April 5 by Goldsmiths Press.

Passport to Peckham: Culture and Creativity in a London Village is an exhaustively researched trawl though the history of this organic area which appears in the Domesday Book as Pecheham, meaning merely “ham by a hill”, but has never really been defined by political boundaries – the constituency is Camberwell and Peckham. The author calls it an empirical study that doesn’t have the ease of generality, its stories conflicting and yet interlocking. “This book is not academically neat in subject matter or approach” he writes “because Peckham is not neat. It is real”.

Hewison traces its origins, from royal hunting grounds and market gardens to its industrial prosperity; its declines into poverty and crime; its re-emergence through gentrification; its economic rise and then subsidence in recession; its place as a joke community worthy of some of our most successful sit coms - although Only Fools and Horses which identified itself as quintessentially Peckham was never actually filmed here while Desmond's barber's shop really was almost next door to the artist John Latham's studio and home; how community movements like Eileen Conn’s Peckham Action Group and local politics have sometimes fought, sometimes colluded, to give it a cultural presence of its own; how artists, both celebrated and obscure, have taken it to their hearts, used it, celebrated it and left it for others coming after.

It is a story that resonates in communities throughout the UK, each with its own character and potential sometimes realised and too often allowed to sink. 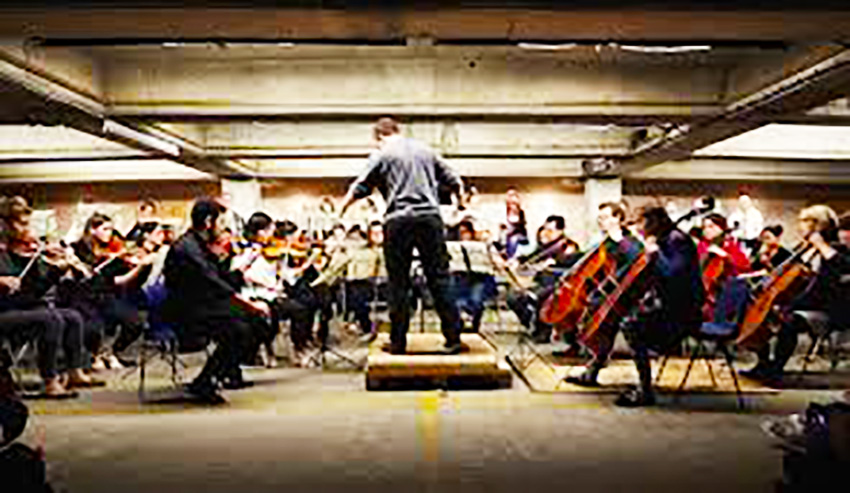 At the centre of the Peckham experience today is a multi-storey car park behind its main street, built more than 30 years ago to serve a Sainsbury’s that never materialised because of the economic depression Peckham has always been subject to and somehow always survives, which for three summer months each year becomes a hive of creativity (my picture above shows Mozart making his presence felt on Level 4) whose potential was seen 15 years ago by a young gallerist, Hannah Barry. “Peckham is the place” she said after having launched her Bold Tendencies art show on two levels of the car park around which she eventually built street cuisine, music and performance. “It’s where people are coming to find the best in international contemporary art” she said. In 2007 it attracted 300 people; since then more than 2m have flocked to it.

Nearby in the Bussey Building (main image), a former arms factory built in the 1870s, 60 artists occupy studios at affordable rents, while in another part of the massive red brick Victorian pile one of London’s leading rave venues was established, with recording studios, editing suites and a community theatre.

Peckham had the Camberwell College of Art which gave it a ready-made source of  creatives, and next to it is the South London Gallery which rivals the Whitechapel Art Gallery for its ability to bring to the fore exciting contemporary work, while nearby in New Cross is Goldsmiths College where Michael Craig-Martin nurtured the Young British Artists – Gary Hume, Sarah Lucas, Trace Emin etc – many of whom worked and lived for a time in Peckham and were first shown at the SLG.

Low rents had attracted artists, including at times John Latham, Tom Phillips - who still assiduously records changes in the community around him on camera - Damian Hirst who was a studio assistant here for Antony Gormley, Zandra Rhodes, Heather Burrell and Sokari Douglas Camp who left their marks in the streetscapes with elaborately wrought gates to public spaces, arching streetlamps, lasciviously shaped bollards, murals and street sculpture. With them came and went and came again small independent galleries.

It was the artists that had chosen to live in the area that caught the attention of Hewison, not a Peckham dweller himself, and the many more who choose to work there: poets, photographers, writers, actors, craftspeople.

Alongside them the community developed conservation groups that were to fight and win against gross commercial development and be accused of thereby forcing house prices up as the middle classes discovered its delightful Victorian quirks. There was modernity, with Will Alsop’s award-winning Peckham Library.

And the place became a watchword for diversity (Hewison calls it the “overseas capital of West Africa” with its plethora of tiny independent Baptist churches) partly thanks to the council estates of North Peckham. “We’re making a name for being a place where they are welcome, safe and able to express themselves. We can’t slip back to rely on the usual old audiences anymore” said Emily Druiff, director of Peckham Space which opened close to the library a decade ago and is now Peckham Platform.

Over the years local politicians have been torn between the need to provide housing and amenities for a very mixed community in which gang warfare seethes beneath cultural ambition that has seen the restoration of the Victorian railway station, for instance. Planning officers’ advice changed from time to time, councillors responded differently as circumstances altered, but cultural Peckham grew around the incongruous one-time white elephant car park. “We hope it will morph from a millstone to a milestone in Peckham’s development” said a long serving councillor and former planning committee chair Nick Dolezal. “But we see Peckham generating the arts rather than being known as a place of posh galleries and the performing arts”.

It would not be right to claim creativity as the saviour of Peckham whatever it might become, but it has been a vital element in defining it. Hewison quotes Eileen Conn, now an octogenarian and as vigorous an activist as ever, as saying that social networks and the need to nurture them are fundamental to resilient communities, and in Peckham they are perhaps better defined than anywhere else. And it happens that art, creativity and the active imagination they inspire have become an essential part of Peckham’s social base.

“In a hundred years’ time the whole area might become an airport, or Disneyland, or a post nuclear desert; in a thousand years’ time it might become a rain forest, or be indistinguishable from the Sahara, or have reverted to the hilly hunting grounds where King Charles first saw the Camberwell Beauty, or some Phillips yet to come might be trying to find both marks and a foothold on a glacier in the dark noon as he/she/it/ attempts to manipulate the camera with a mutant’s cloven hoof” he writes. “There is life in Peckham.”