This is the Paris crowd cheering Charles A Lindbergh after accomplishing the first solo transatlantic flight from New York in May 1927, taken by Victor Console from the Hôtel de Ville for the Daily Mail.

The pursuit of readers by national newspapers is an art form of its own. Newspapers are desperate to appear at the top of the ABC audit because of the advertising revenue high readership brings, and at the summit today is the free sheet The Metro with over a million readers followed by its stablemate the Daily Mail with around 800.000.

But competition for readers is hardly new, and no different when Victor Console was sent to the Continental Daily MailParis office - opened by Lord Northcliffe in 1905 - to run the picture desk in 1920. Circulation for the publication peaked in the First World War at around 500,000 a day

On a trip to the south of France Console was surprised to be unable to get a copy of the Daily Mail. The papers were normally shipped to the continent by boat train meaning a delay of a day or more. Console suggested the Mail could get a start on the other papers by printing in Paris, and that because readers in the south of France tended to be wealthy there could be lucrative advertising from hotels, restaurants and shops on the Riviera. The moulds for the early edition would be on the 14.20 train arriving in Paris at 21.00 giving the paper a ten hour start on its rivals. Console stayed until the fall of Paris in May 1940.

Victor Console had been born in Rome in 1885 and his family moved to the UK. In 1912 he became a British citizen and went to Libya to photograph the invasion by Italy. Back in London he freelanced for various London news agencies, including the London News Agency (which closed in 1964).

The First World War saw Console in the Royal Flying Corps taking aerial reconnaissance photographs, and he was later joined by his brother Armando,who later lost a leg in action - post-war Armando was a photographer for the Daily Mirror.

In 1919 Console was an official photographer at the Paris Peace Talks before joining the Mail in Paris. His was a fantastic career that documented dramatic changes in Europe through the 20s and 30s. He photographed Sarah Bernhardt backstage in 1920, Lindbergh in 1927 and the exquisitely colourful Parisian life between the wars. In 1932 he was awarded the Legion D’Honneur. 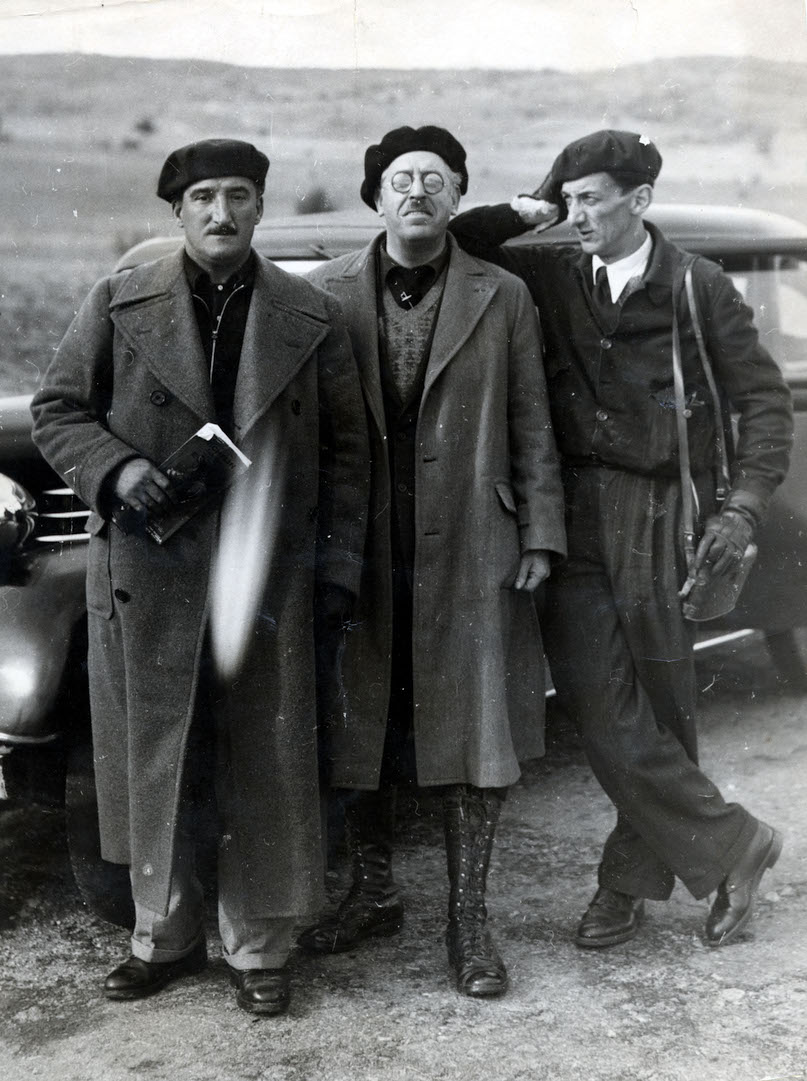 In 1934 Console went to Spain to cover the October Revolution, then to Abyssinia in 1935 for the Italian invasion. In 1936 he was back in Spain for the Civil War when this photo from the magnificent Northcliffe Collection was taken, showing him flanked by journalists Harold Cardozo, left, and Jean D'Hospital, right. As the German army advanced on Paris in 1939 Console was alongside the French Army taking the first photographs of fighting between the French and advancing invaders.