This tribute isn’t, as you might expect in Manchester. It’s in the City of Culture for 2017 and this array of flowers, cuddly toys and messages appeared almost overnight at the Victoria Memorial at the centre of Hull, a spontaneous expression of empathy. 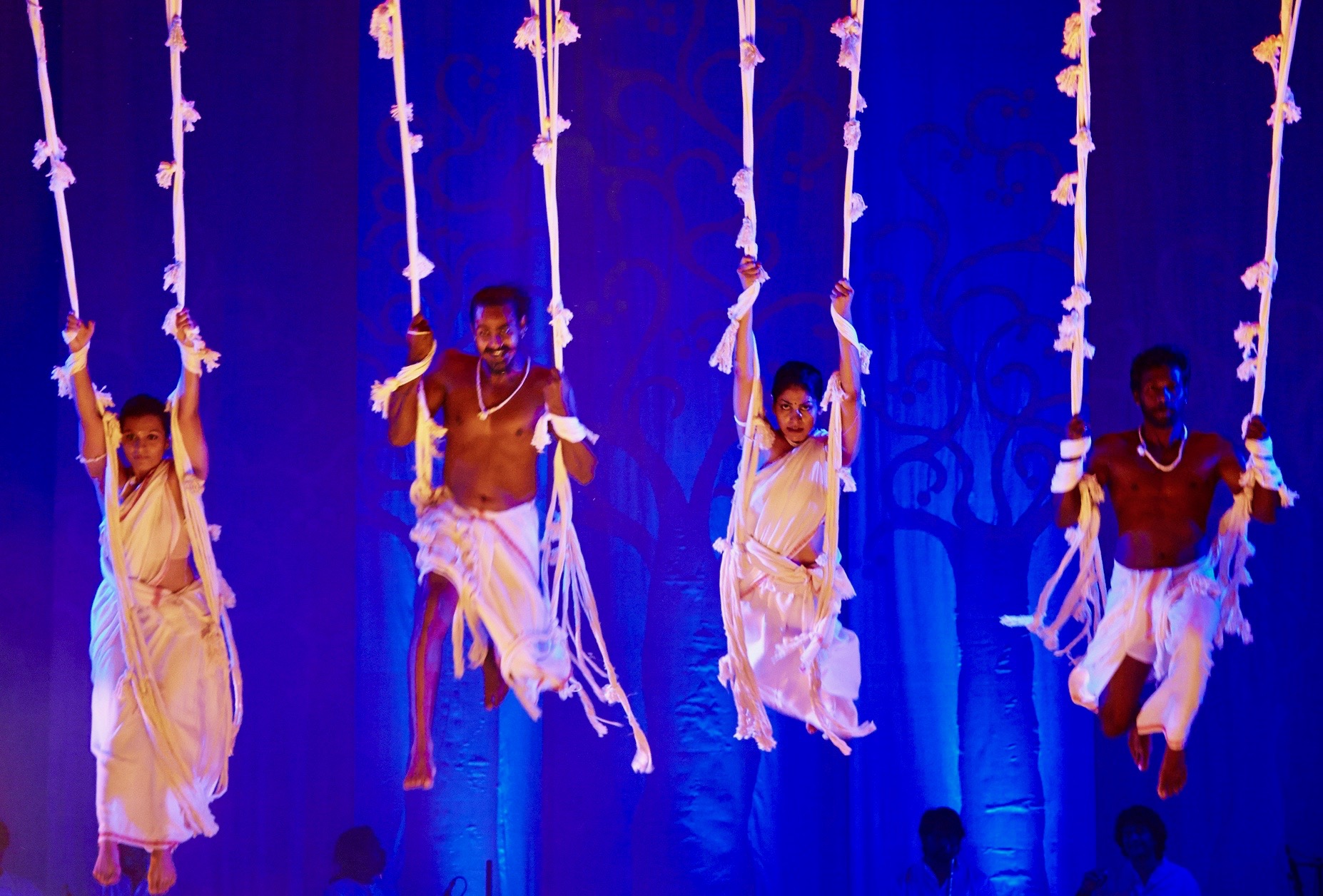 Looking towards the autumn, here’s a taster of the Birmingham Weekender festival (September 22-24) which moved from Selfridges department store to a multi-storey car park to an out-of-city green with cabaret, opera, dance and music, with new commissions as well as classics.

And this: at the Mac Birmingham choreographer Daksha Sheth puts on the UK premier of Sari, part of Utsav, Birmingham’s Year of South Asian Culture. It’s a celebration of this unique Indian textile and how the Sari works with the body, both in stillness and in movement – as you can see... 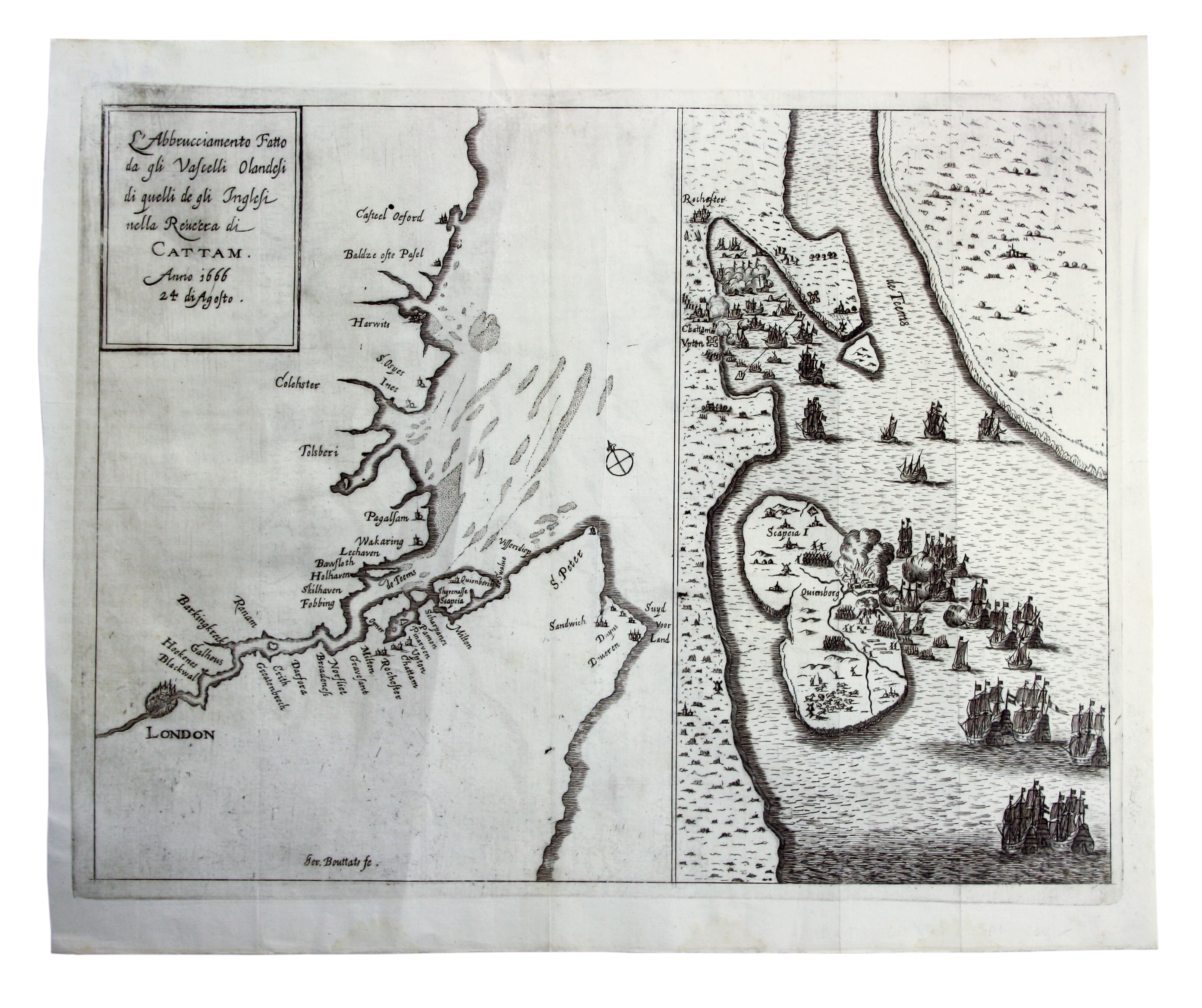 The middle of June sees the 350th anniversary of probably the most humiliating defeat of the British navy, and in British waters. The Battle of Medway in 1667 was when the Dutch Admiral Van Tromp sailed into the heart of Kent with

a broom tied to his main mast to sweep the British from the seas. Then he blockaded London, until the reinforcements he was expecting didn’t arrive and he had to retreat, but Charles II was forced to sue for peace.

With timing the art market makes a speciality of, this remarkable document has emerged, thanks to the dealer Tim Bryars who will display the two-part map at the London Map Fair on June 17-18 at the Royal Geographical Society. It was drawn by the Flemish engraver G Bouttats (who has written the wrong date on it) and shows the Thames Estuary, the Kent and Essex coasts, the invasion of the Medway and the bombardment of the Isle of Sheppey. The only other known copy is in the British Museum. 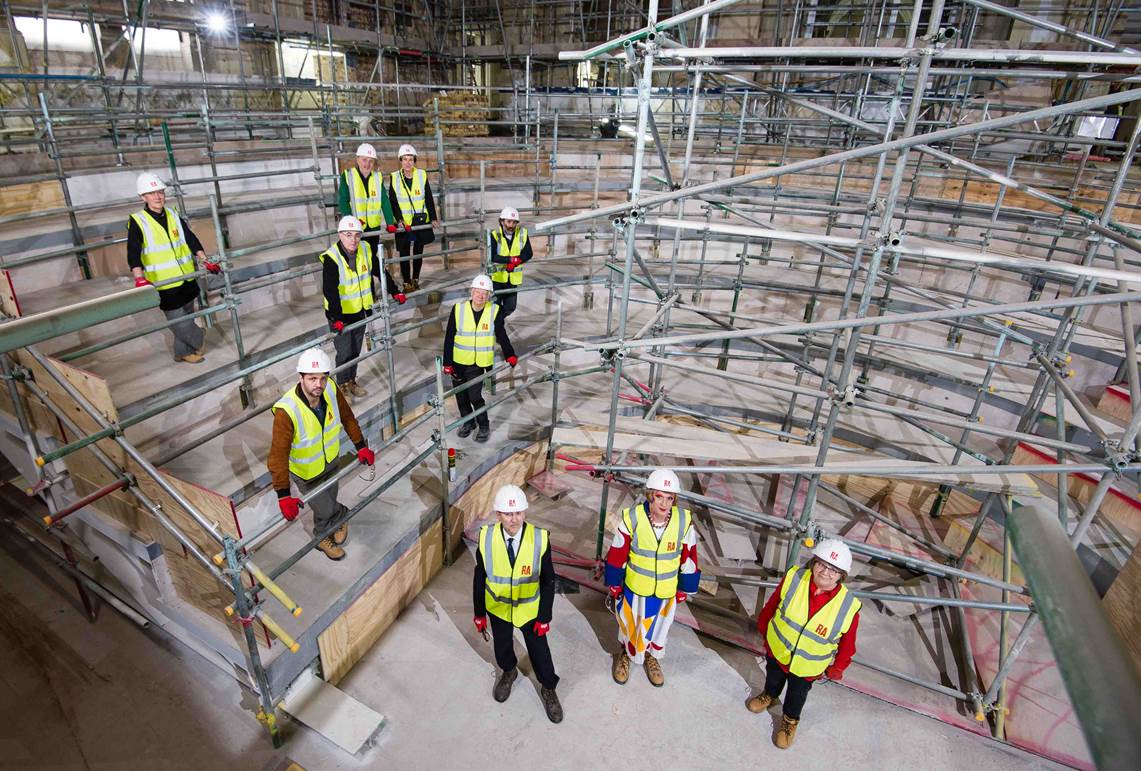 The Royal Academy is 250 next year and marking it by doubling its size by taking over the adjacent building and doing it up. But it needs to raise a last £3m, so some of the country’s nest artists have launched the “Make Your Mark” appeal whereby for a minimum of £10 you can get your name on a seat in the restored lecture theatre. 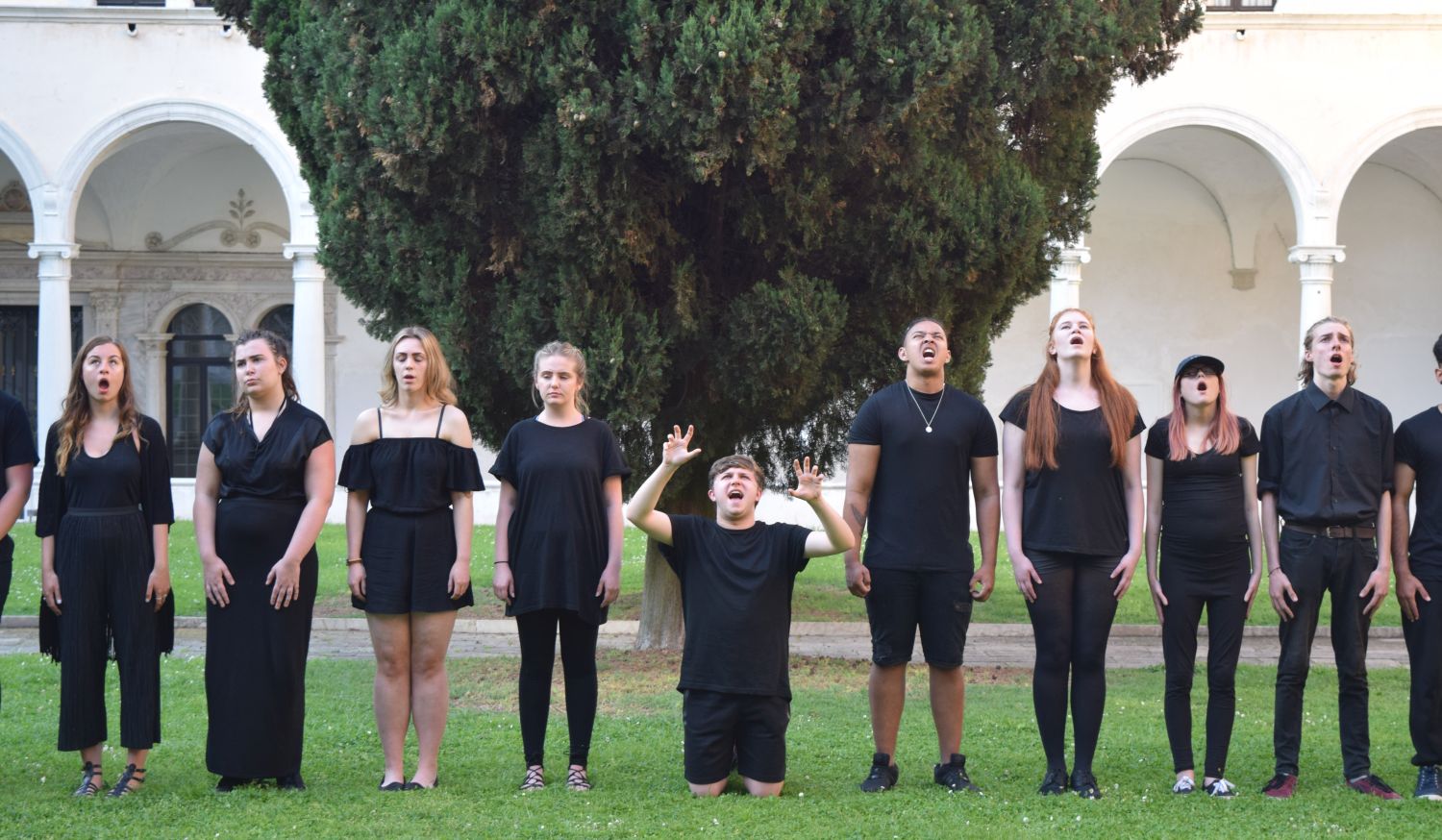 The Venice Biennale has not been notable for its social content, but this year it’s different with Bryan McCormack’s installation Yesterday, Today, Tomorrow. He spent a year collecting drawings from refugees across Europe looking for how they saw their presents, pasts and futures, some of them pretty harrowing. The drawings form visual blocks in Venice, and students from Sheffield Hallam University have created performance tableaux based on them, which were videoed. And then, as a one-off, they gave a live performance at Fondazione Giorgio Vini with the audience encouraged to get involved.

Lecturer Henry Bell said: “By bringing the drawings to life the project is helping to create a traceability of the experience of these displaced people and chronicling this humanitarian disaster. The applied theatre element got the students not only to focus on the experience of the refugee artists but also to locate their lives in the context of the refugee crisis.” 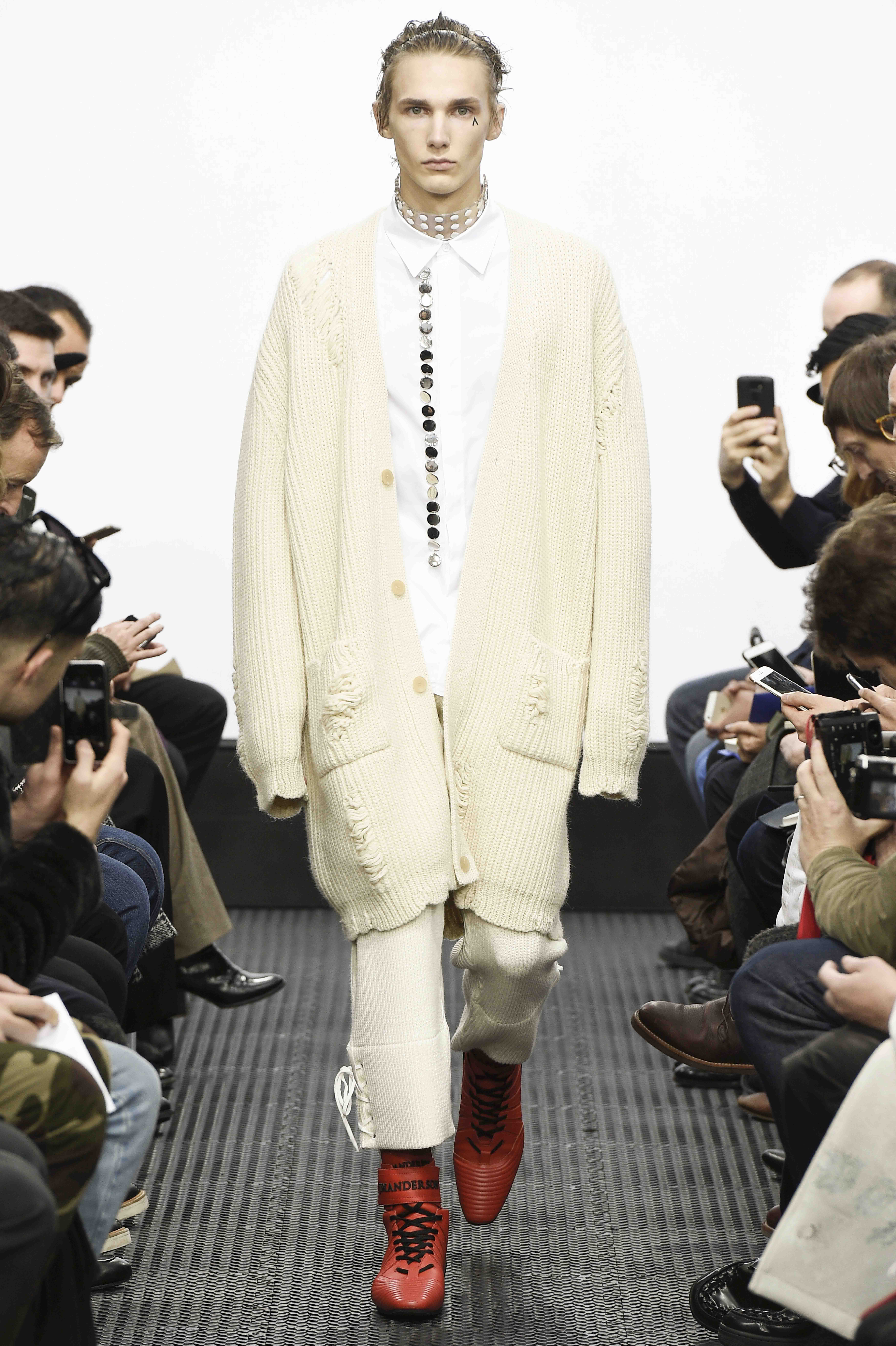 This is what the best dressed chap looks like, according to the Fashion Museum in Bath. The out t is by the designer Jonathan Anderson and is the selection of Kate Phelan, senior contributing editor at British Vogue, as Menswear of the Year. It’s a cream chunky oversized cardigan worn with ribbed knit trousers, a white shirt with metallic button detail, bright red Velcro-tabbed boxing-style trainer boots and a Perspex choker. You diarist is scrabbling to remove his stripy tie in preparation for the new look as he writes.

The out t is part of the museum’s new display, A History of Fashion in 100 Objects, and it dates all the way back to autumn 2016. “Anderson is one of this country’s most creative designers and has garnered international acclaim with his cutting-edge aesthetic” says the museum’s Rosemary Harden. “It’s fantastic that the museum is able to keep pace with and showcase the latest developments in contemporary fashion”.