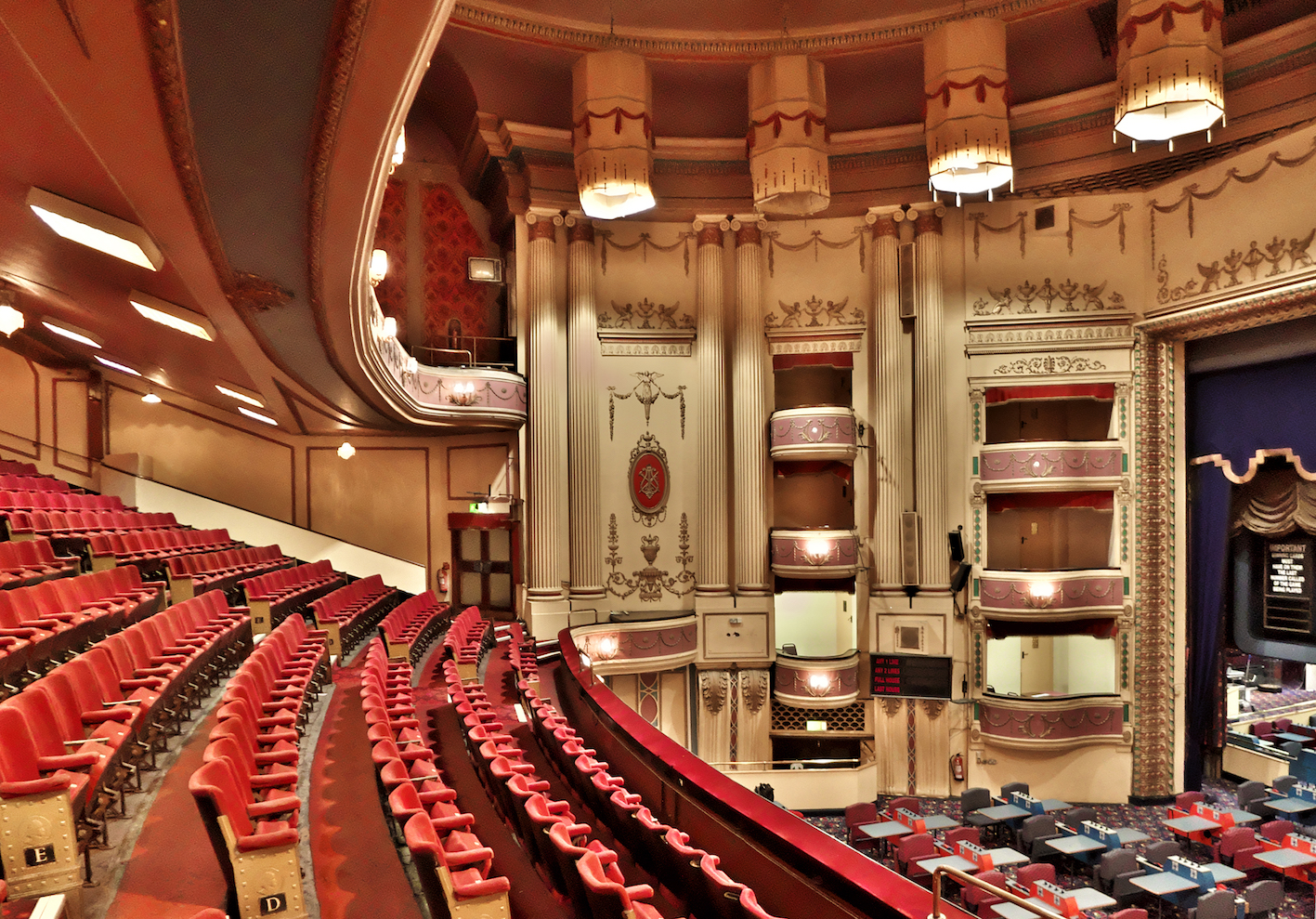 Speaking at the launch of the trust’s annual Theatres at Risk register, he pointed to the Futurist Theatre in Scarborough as one that had been removed from the list – because Scarborough had decided to spend £4m on demolishing it in March rather than finding means of restoring what is still a viable venue.

“Local authorities, with 70-75% cuts, are under pressure” he said “but there are things they can do in these difficult times. The Futurist is a case where the council could not see the benefits of their local theatre”.  The Futurist, built in 1921 as cinema/theatre with seating for over 2,000, was taken over the council in the 1980s, and it voted to demolish it by a margin of 21 to 20.

All of the 35 theatres on this year’s list had the potential to be viable, he said, but councils need to be more aware of the value to the local economy of a working venue. They should review the  effects on  the  economy and local society before deciding to demolish theatres; should support  community groups in their attempts to  stop demolition; should include culture in local development plans; should remind  venue owners of their responsibilities to buildings’ upkeep; should assist with viability studies; should offer reasonable leases  on council-owned theatres, longer than  the normal five years; should charge affordable  rather than market  rents; and should help schemes gain capital grants.

New to the list this year Theatre Royal, re-added having been removed in 2012 because it needs capital improvements for which there is no funding; and the Grade II listed Streatham Hill Theatre whose future is unclear since the bingo operation that occupied it closed.

A potential success story on the list is the Bradford Odeon, close to demolition four years ago but now taken on a by a local group, Bradford Live, and with the support of Bradford Metropolitan District Council and the community a consortium has been set up with NEC Birmingham, as operator to revive the largest mid-scale theatre outside London.