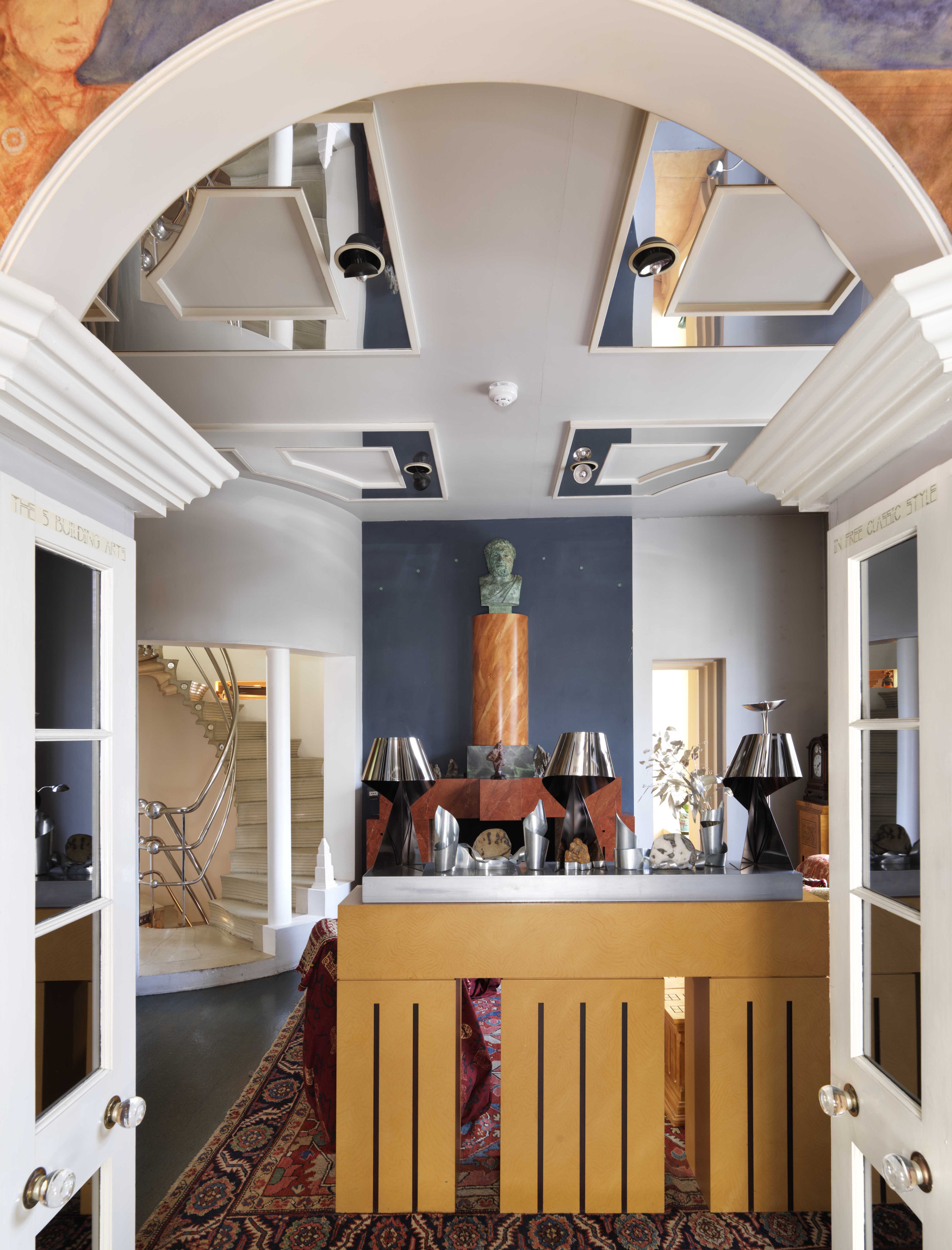 The startling, bright, curvaceous buildings of the post-modern 1970s, 80s and 90s have made it into our heritage, according to the latest listings from Historic England published today.

Buildings from Cornish crown courts to Slough warehouses to docklands housing in London are among the 16 announced. One, Charles Jencks’s Thematic House of 1979-85 in North Kensington (pictured) which had contributions from the architect Terry Farrell and the sculptor Edouardo Paolozzi, gets the Grade I top billing.https://historicengland.org.uk/whats-new/news/Post-Modern-Buildings-Listed

New as they may still seem, the listing of the buildings is a move to protect them for the future. “Post-modern architecture brought fun and colour to our streets” said Duncan Wilson, Historic England’s chief executive. “Housing schemes were enlivened with bold façades, a school technology building was decorated with columns designed as screws, a business park injected with glamour. These are scarce survivals of a really influential period of British architecture and these buildings deserve the protection that listing gives them.”

Cambridge’s Judge Business School of the early 90s and designed by John Outram was built on the site of the former Addenbrooke Hospital and is accorded Grade II* status.

Gough Building, Bryanston School, Dorset, by CZWG and comleted in1988;

Truro Crown Courts by Eldred Evans and David Shalev of the 1970s;

Hillingdon Civic Centre of 1973-79 by Andrew Derbyshire of RMJM

Founders’ Hall, Cloth Fair, London, designed by Sam Lloyd of Green, Lloyd and Adams and built  between 1984 and 1990;

McKay Trading Estate, Poyle Slough, a group of warehouses completed 1976-78 that were the first  independent commission for John Outram;

China Wharf, Southwark, designed by Piers Gough and built in Mill Street  in 1983;

Cascades, Westferry Road, Isle of Dogs by Rex Wilkinson of CZWG is a group of houses built in 1987-1988 to give the feel of an international hotel, complete with swimming pool;

Newlands Quay, Maynards Quay and Peartree Lane, Shadwell, are riverside housing built between 1986 and 1988, commissioned by the London Docklands Development Corporation from Richard McCormack of MJPW;

Swedish Quays, Rope Street, Southwark, another LDDC approved design by Price and Cullen for 95 houses and flats built between 1986 and 1990;

23-25 Church Crescent, Hackney, two semi-detached houses by Colquhoun and Miller and built between 1981 and 1984;

105-123 St Mark’s Road and 1-3 Cowper Terrace, Kensington, two terraces and a block of flats by Jeremy and Fenella Dixon for the Kensington Housing Trust, built between 1977 and 1979;

Belvoir Estate, Islington, completed in 1987 and designed by Islington Architects’ Department, one of the last in a century-long tradition of public housing in the borough.