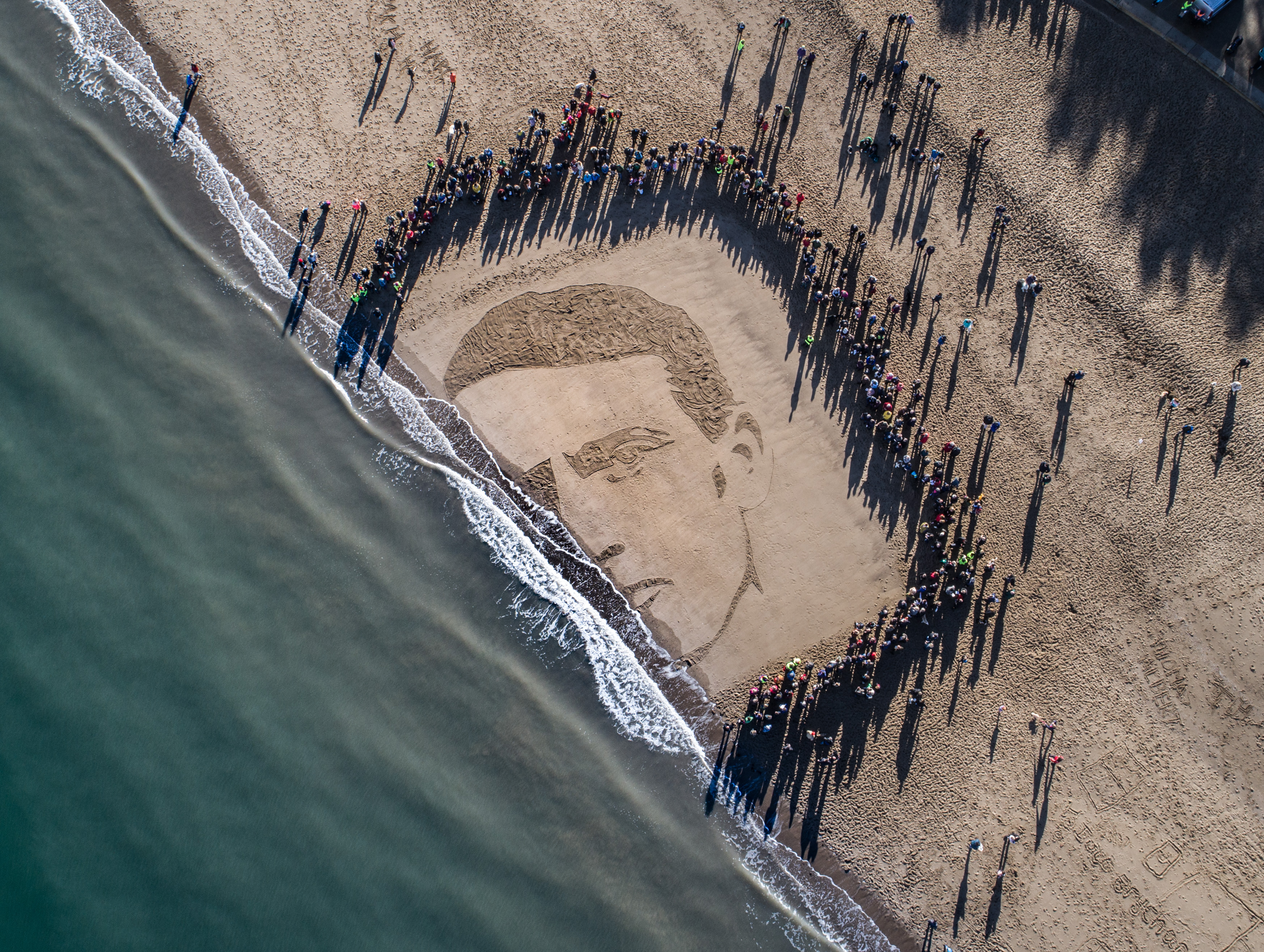 Ten’s of thousands took to Britain’s beaches on Rememberance Day to mark the centenary of the signing of the Armistice on Sunday.

They were taking part in film-maker Danny Boyle’s project, when the images of men and women who did not return from the war appeared on 32 beaches around the country

The event, Pages of the Sea, was the culmination of the of five year 14-18 NOW National Lottery funded programme.

The large-scale portraits were designed by sand artists Sand In Your Eye, drawn into the sand on each beach and washed away as the tide came in. There were also postcards distributed on beaches featuring more than 14,000 images of casualties from the First World War, drawn from records held on the Pages of the Sea website, which includes records uploaded by the public. www.livesofthefirstworldwar.org. Pictured is the beach at Colwyn Bay (copyright Andy Sayle) at 11am on November 11th.

Poet Laureate Dame Carol Ann Duffy was also invited by Danny Boyle to write a poem to mark the centenary of Armistice Day, The Wound in Time, which was read by individuals, families and communities as they gathered on the beaches and online.

“It was incredibly moving to see so many people come together on our beautiful beaches to say a special thank you and goodbye to those who left their home shores during the First World War” Boyle said. “As the tide washed the portraits away, we read Carol Ann Duffy’s poem and paid tribute to those who gave, and changed, their lives.  United, but with our own personal thoughts about what the First World War means to us 100 years later.”

And Jenny Waldman, director of 14-18 NOW, added: “Danny Boyle has devised a truly memorable project – directed and inspired by local communities all around our coastline. Pages of the Sea is a fitting tribute to the millions of men and women who lost their lives in the First World War”.