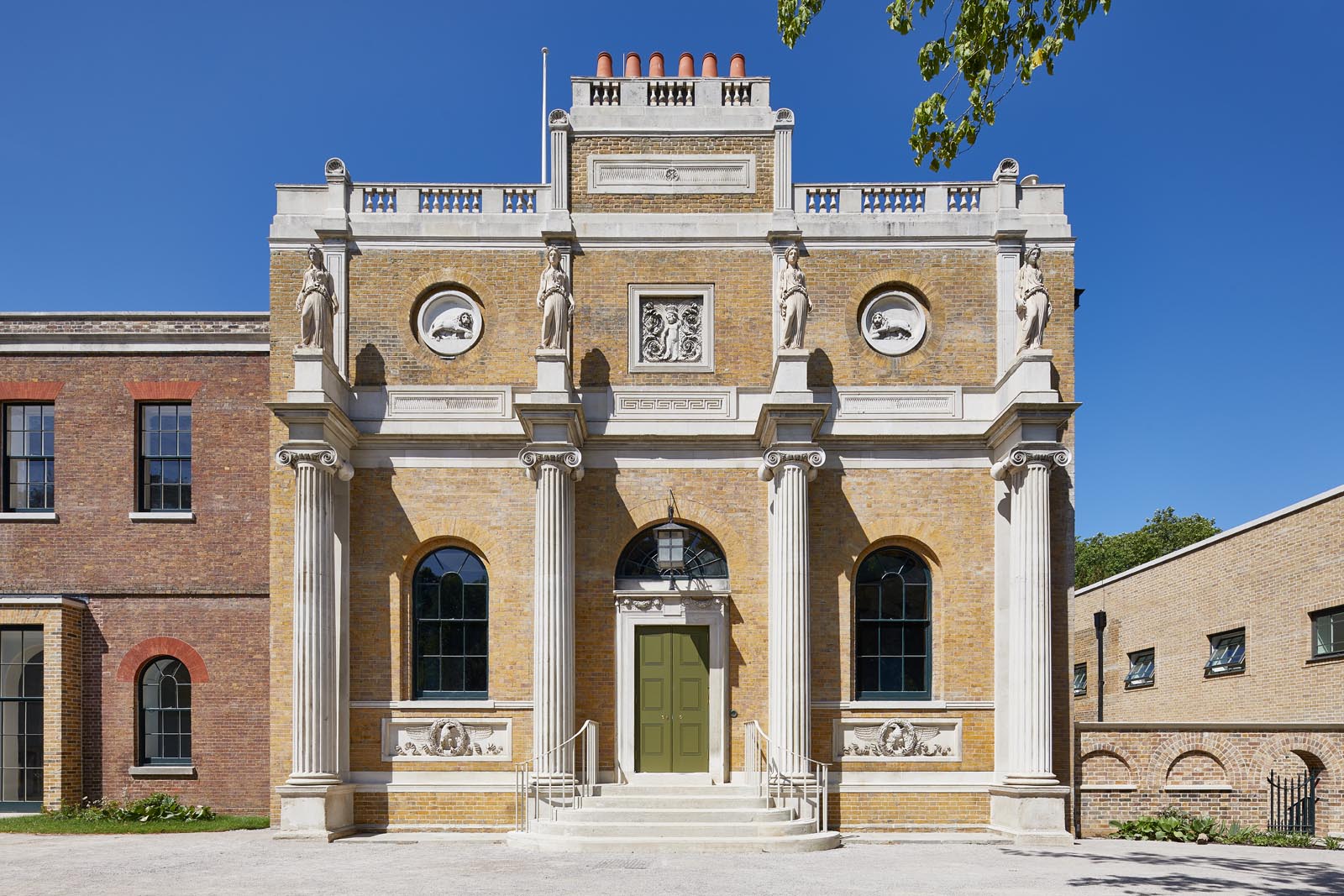 Pitzhanger to re-open after £12m restoration

Pitzhanger Manor, the dream country home created for himself and his family by Sir John Soane, in his time England’s most celebrated architect, is to reopen in March after major restoration.

Built between 1800 and 1804 in what was then rural Ealing, the manor has undergone a three-year restoration and conservation programme costing £12m, returning it to Soane’s original vision.

In the 1760s it had been where Soane (1753-1837)cut his professional teeth as the assistant to George Dance Junior, and when in his success and prosperity he was able to buy it in 1800 he swept away the non-Dance elements to create his own architectural laboratory where he would try out ideas and array his curious collections, which eventually went to his London home in Lincoln’s Inn fields, now the Sir John Soane Museum.

Dance had been commissioned by the owner to build a new neo-classical wing to his early-18c house and 15-year-old Soane, the son of a bricklayer, was his assistant. The extension remains, but Soane’s building was both grandiose in its ambition and modest in its domestic size.

The project has reinstated important structural elements of Soane’s design, such as the conservatory demolished in 1901 and the dramatic central roof light which returns the silhouette Soane intended for Pitzhanger. The recreation of a colonnade connecting the gallery and manor provides full accessibility, and Soane’s original intricate paint schemes, which were overpainted in the 1830s, have also been meticulously recreated throughout by interior decoration specialists Hare & Humphreys. The dramatic marbling in the entrance hall and the hand-painted Chinese wallpaper in the upper drawing room have revitalised Pitzhanger’s interiors

The initiative to revitalise Pitzhanger was conceived by its owner, Ealing Council. Pitzhanger Manor & Gallery Trust was established in 2012 to work alongside the council in a project led by architects Jestico + Whiles with the support of heritage experts Julian Harrap Architects.  Later architectural additions and extensions have been removed to reveal, for the first time in over 150 years, Soane’s original vision, said the trust’s director, Clare Gough. “The project has also reunited this unique building with its former parkland, the recently renovated Walpole Park. On reopening in March 2019, every part of the manor will be open to the public for the first time in its history, with the addition of Soane’s Kitchen, a contemporary café-restaurant, built within Soane’s walled kitchen garden”.

The gallery next to the manor, built in the 1930s, is also being upgraded and will stage three major exhibitions a year, featuring the work of contemporary artists, architects and designers. Anish Kapoor will launch the gallery’s exhibitions programme with a series of sculptures echoing Soane’s complex use of mirrors and light to multiply and dissolve space.

“Pitzhanger Manor is the crown jewel of Ealing’s heritage” said the leader of Ealing Council, Julian Bell. “This ambitious restoration project is realising the building’s full historical impact by returning it to Soane’s original vision of a villa in a beautiful landscape. We are proud to have initiated and supported this transformational project, which is at the heart of plans to build on our fantastic cultural heritage and ensure Ealing is a great destination for tourists and visitors from near and far.”