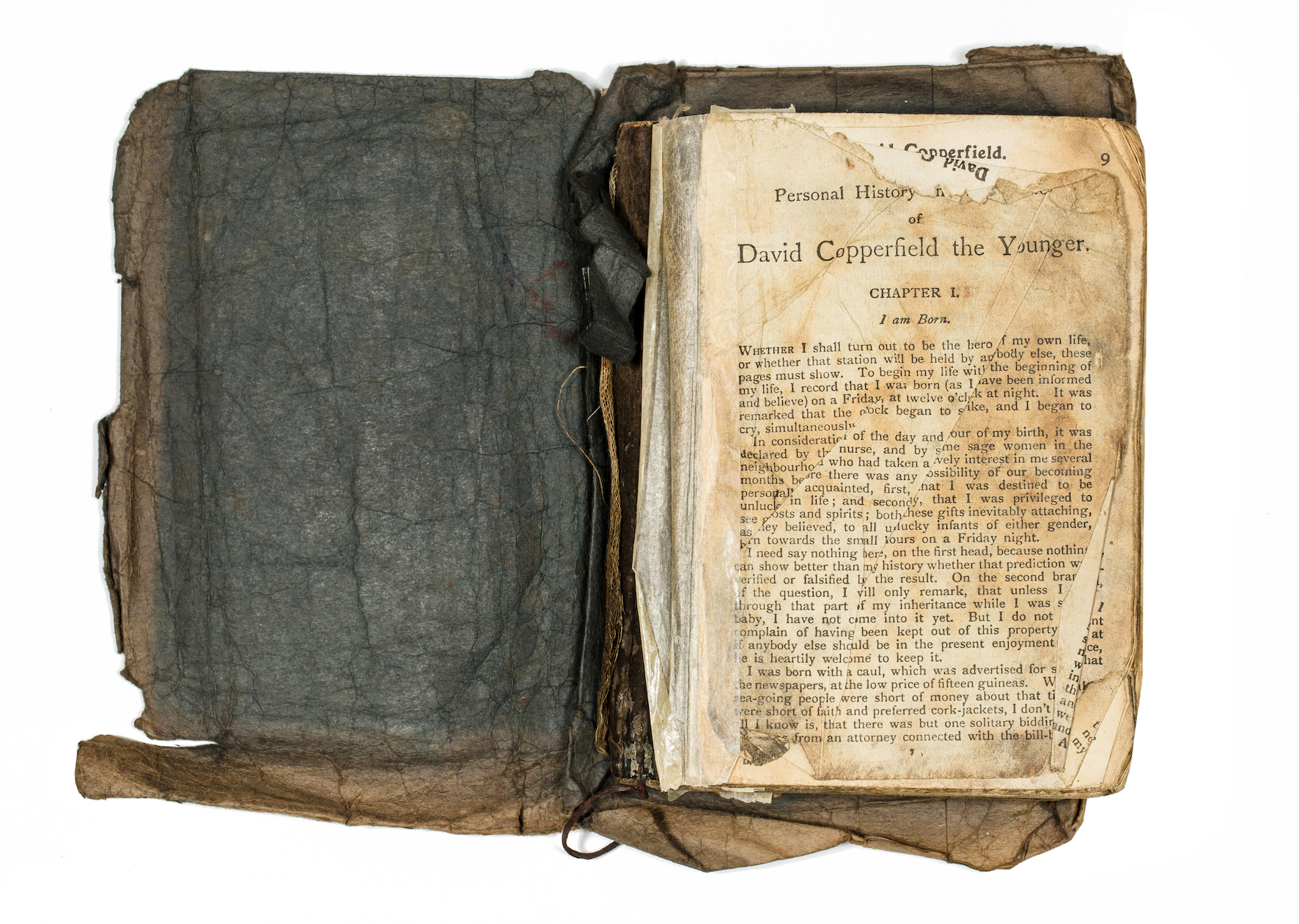 This battered copy of Charles Dickens’s novel David Copperfieldi s what kept half of Captain Scott’s team entertained as they wintered in an ice cave while their leader led the expedition for the South Pole in 1912.

It is to be part of the exhibition Global Dickens which opens next month at the Dickens Museum in London.

Arriving in Antarctica, Captain Scott split his men into two groups. One set off for the Pole, the other, which included the geologist Raymond Priestley, stayed behind, stranded in an ice cave for seven months. Their chief entertainment during their vigil was this 1910 edition of the novel, reading a chapter every night for 60 nights. Priestly wrote that when they had finished it, they were “very sorry to part with him”. But unlike Scott and his companions, they survived the expedition and Priestley went on to a disti9nguishedcareer, living to be 87.

The exhibition traces Dickens’s own travels how they influenced his writing. Also included will be the portable rosewood writing desk he used, his travelling bag and playbills  for Dickens’s theatrical productions across the world.

“As the UK re-evaluates its relationship with Europe and its place in the world, we are celebrating the vital connection that Dickens had - and has - around the globe. Dickens knew the immense value of seeing ourselves from the outside, and of gaining inspiration and friendships along the way” said the museum’s director Cindy Sughrue. “Then, as now, our lives are richer for those experiences. The Charles Dickens Museum is a place of pilgrimage for people from all over the world, and we look forward to continuing to welcome visitors from every nation upon earth."