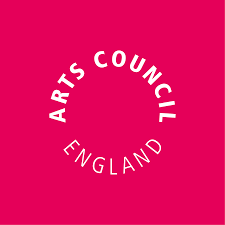 Arts Council England has published its draft strategy for the next decade, with defining “arts and culture” top of the list of priorities.

The draft strategy, which is now out for consultation before a final version is published in December, also sees a fundamental change in the nature of ACE’s advocacy.

The new strategy, now out for consultation, succeeds what ACE regards as the successful first ten-year strategy of 2010, Great Art and Culture for Everyone. It says many people are still uncomfortable with the term “arts and culture”, believing it to relate only to the likes of painting, opera and ballet. That the phrase addresses creativity at all levels needs to be better and more widely understood.

ACE sees as sound starting blocks national accomplishments since 2010 such as the 2012 Cultural Olympiad, the 14-18 NOW commemorations of the First World War centenary and the local achievements of the Creative People and Places programme, 21 projects encouraging people to have creative experiences.

But the situation is transforming rapidly. “Economically, technologically, socially and environmentally, the last decade has been a period of significant transformation – and there is every indication that over the next decade that transformation will accelerate” the draft says. And since 2010 subsidy of the arts has reduced by more than a third.

Between 2018 and 2022 ACE will invest £1.45bn of government subsidy and an estimated £860 million from the National Lottery, but because of the major changes since 2010 the money may have to be invested differently to encourage new funding models involving partnerships.

The document sees widespread socio-economic and geographic differences of arts provision; opportunities for young people that are unequal across the country; that there is still too little diversity in the creative industries; that business models for arts organisation are often too fragile, especially in the face of declining subsidy; and that there is a retreat from risk-taking and talent development.

“Over the next decade the Arts Council will provide more direct support for independent creative talent: our freelance directors, writers, makers, performers, designers, composers, producers, painters, curators, librarians, sculptors and choreographers” the drafts says. “And we will need the organisations we support to do more to aid the development of independent artists.”