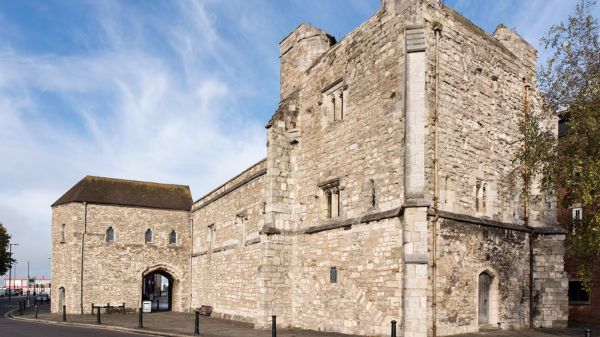 The 700-year-old God's House Tower at Southampton’s centre opens as an arts and heritage venue next month after a £3.1m refit.

With the final phase of the seven year refurbishment programme completed it will open on October 25 with two galleries, a permanent exhibition on the history of the building, a cafe, shop and library, leased to A Space Arts.

It was built as a gatehouse in the late 13th century as the Saltmarsh Gate because it led to marshland outside the town walls, and later, owing to its closeness to the travellers’ refuge God’s House Hospital, as God’s House Gate. Following a French raid on the town in 1338 it was reinforced, and was extended again in 1417. Fallen into disrepair in the 17thcentury, it became the town jail.

For 40 years from 1961 it was Southampton’s museum of archaeology. It finally closed in 2011. It opens with a specially commissioned work by the artist Keith Harrison, Bloom.