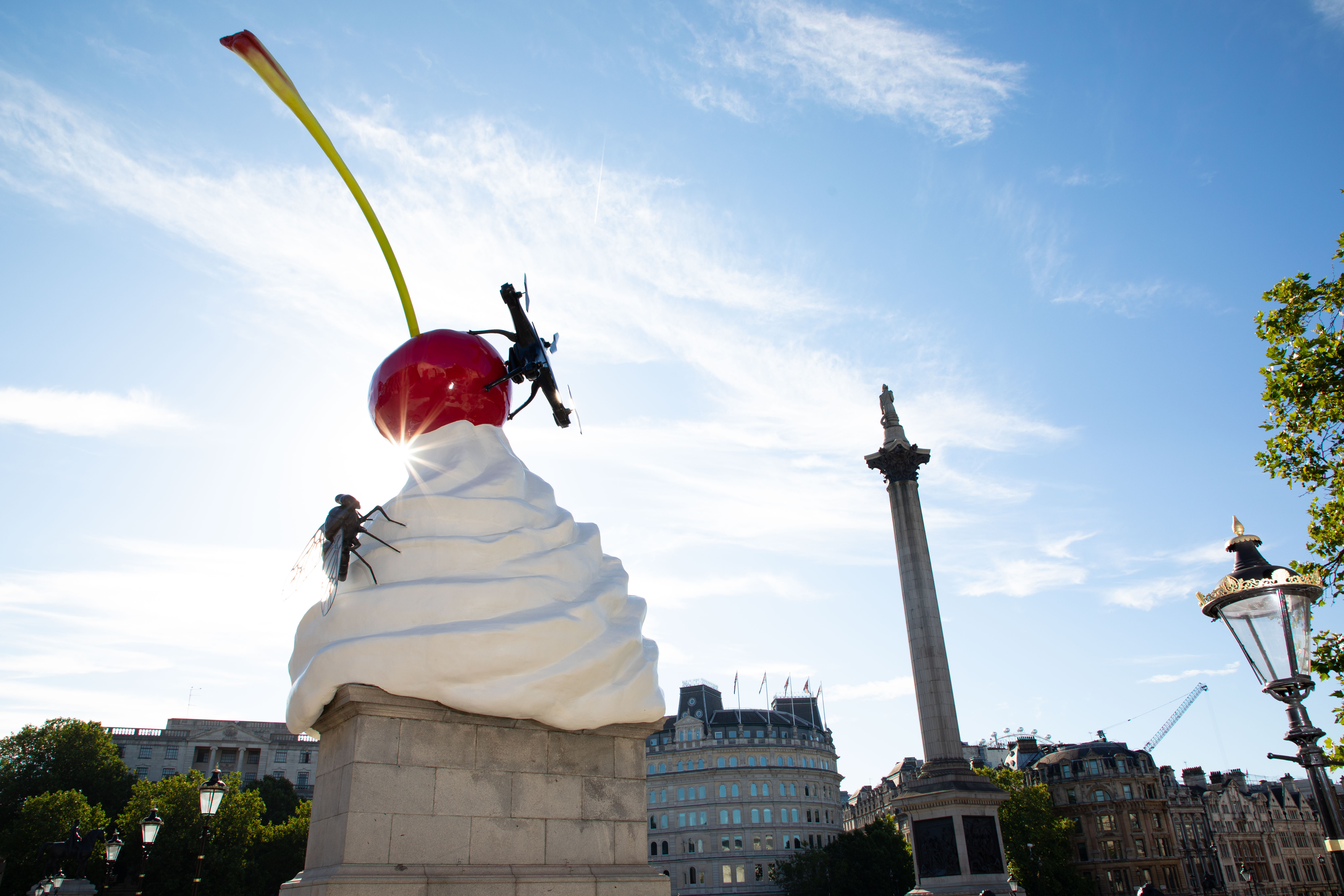 THE END reaches the Fourth Plinth

A new public sculpture, THE END by Heather Philipson, was today unveiled on Trafalgar Square's Fourth Plinth in central London.

It is the 13th work of art to adorn the only plinth in the square without a permanent sculpture since the scheme began in 1998, and also the tallest at more than nine metres.

THE END portrays a giant swirl of cream with a cherry on top being assailed by a fly and a drone which transmits a live stream of the square beneath, to be found at www.theend.today.

“When I conceived of THE END, I wanted to take into account both the political and physical aspects of Trafalgar Square and the plinth” the artist said. “I'm honoured to have been selected to make work for such a significant public site, and to see THE END scaled up for its ultimate size and context - one in which the surrounding architecture and its population are participants in a mis-scaled landscape, magnifying the banal, and our cohabitation with other lifeforms, to apocalyptic proportions.”

Justine Simons, London’s deputy mayor for culture, said: “The Fourth Plinth is the world’s most famous public art prize and each new sculpture breathes fresh life into our public realm. When Heather’s work was selected two years ago we could never have imagined the world we find ourselves in today, but we always knew this sugary swirl with a dystopian flavour would spark a conversation.”