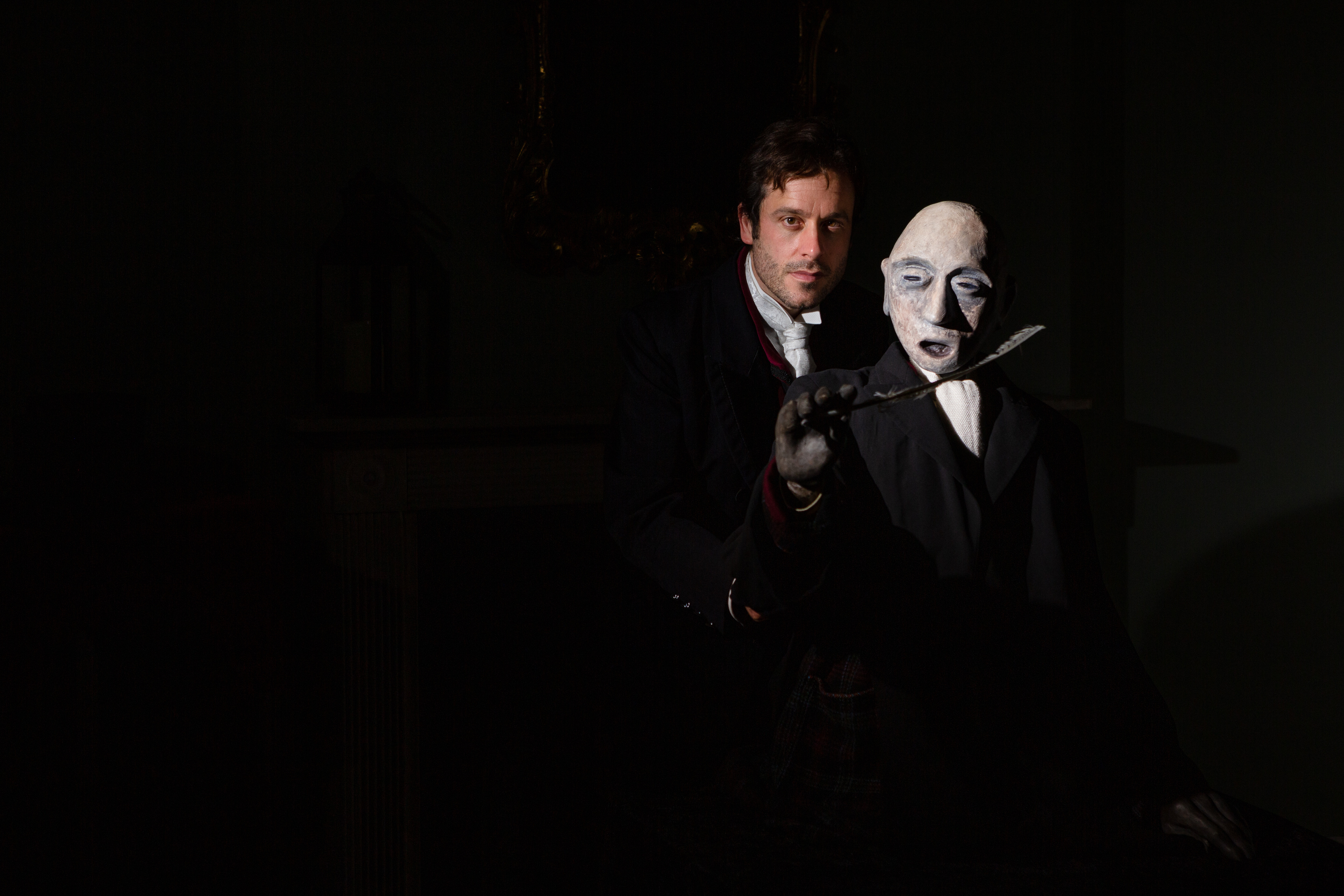 Scrooge a guest in Dickens’s home for Christmas…

Ebenezer Scrooge is to inhabit the London home of his creator Charles Dickens for a special one-actor performance of A Christmas Carol.

On December 17, 20 and 31 the drama will unfold – screened live for the first time- in the rooms that Dickens and his family inhabited at 48 Doughty Street, now the Charles Dickens Museum.

Directed by Tim Carroll, Scrooge will be played by Dominic Gerrard performing with life-size puppets made by Mandarava, with a soundscape created on the violin of Alexis Bennett.

“There have been few upsides to lockdown life this year, but the opportunity of bringing Dominic Gerrard’s wonderful production of A Christmas Carol to an online audience is truly special” said the museum’s director, Cindy Sughrue. “Although there are other fine productions of A Christmas Carol this year, this is the only one taking place inside the very rooms in which Dickens created some of his greatest characters and stories. We’re really delighted to be presenting this production and sharing it with audiences here in the UK and around the world.”

Dickens moved into the Bloomsbury townhouse in 1837 where he wrote Oliver Twist and Nicholas Nickleby, completed The Pickwick Papers and began Barnaby Rudge, and two of his children were born there. It became a museum in 1925.

But the museum, which holds the world's most comprehensive collection of material relating to the life and work of Dickens, including the desk at which he wrote his later novels, is being forced to close for the third time this year to comply with new Tier 3 rules, closures that have had a devastating effect on the finances of the independent museum.

“Since re-opening again two weeks ago – bedecked in our splendid festive finery – we’ve been delighted to welcome visitors back to our Covid-secure museum and to share the extraordinary experience of being in the house where Dickens and his family lived and where Dickens established himself as a writer and rocketed to worldwide fame” Sughrue said today. “For many people a visit to the Charles Dickens Museum is a special part of their Christmas celebrations, and it gives us great pleasure to share the delights of Doughty Street and the joy of the festive season, a time that Dickens loved and that will forever be associated with Dickens through his most famous work, A Christmas Carol.

“We are, therefore, absolutely heartbroken to be forced to close again as London enters Tier 3 Covid-19 restrictions. This will be the first Christmas since the Second World War that the door of 48 Doughty Street will remain closed.”

To support the museum you can donate via https://www.justgiving.com/campaign/DickensMuseumAppeal.

Screening of A Christmas Carol is on Thursday 17th December at 7pm; Sunday 20th December at 2pm; Thursday 31st December at 7pm. Tickets are £15 from https://dickensmuseum.com/blogs/all-events/virtual-show-dominic-gerrards-a-christmas-carol. Screening is via Zoom and each performance is followed by a live Q&A session with Dominic Gerrard and special guests.