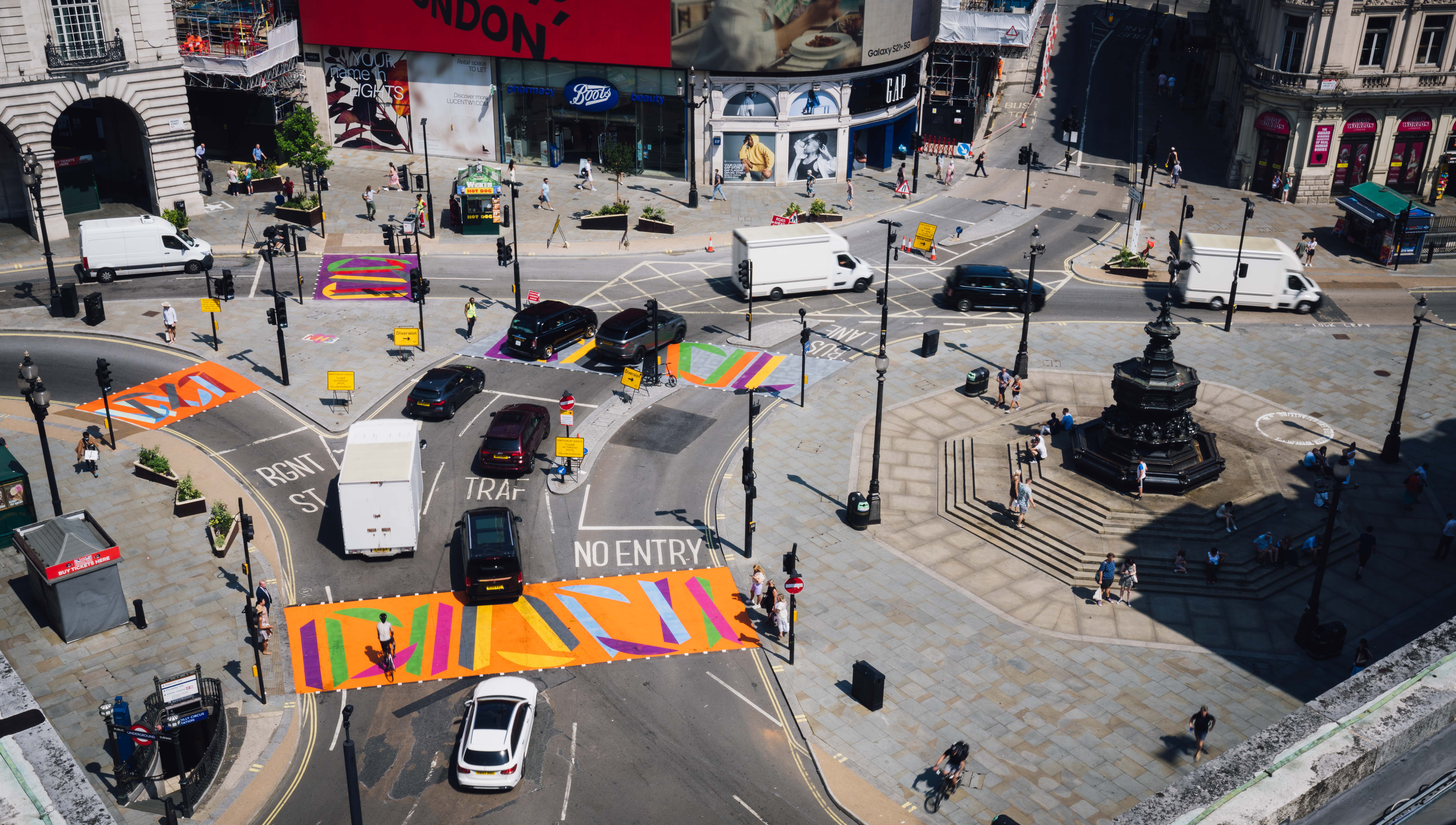 The Royal Academy this morning launched one of the largest public art takeovers London has ever seen.

In a partnership involving the academy and the commissioning consortium Art for London, and supported by Sky Arts, Westminster City Council and the Mayor of London, Piccadilly is to be transformed into an open air at gallery for five artists associated with the Royal Academy.

From today until August 31 the Piccadilly Art Takeover will clothe one of the busiest parts of the West End in 30 hanging flags and 13 multi-coloured pedestrian  crossings created by Michael Armitage, Vanessa Jackson, Isaac Julien, Farshid Moussavi and Yinka Shonibare. There will also be weekly takeovers of the Piccadilly Lights, the famous illuminations at Piccadilly Circus, with audiences able to participate via their mobile phone. 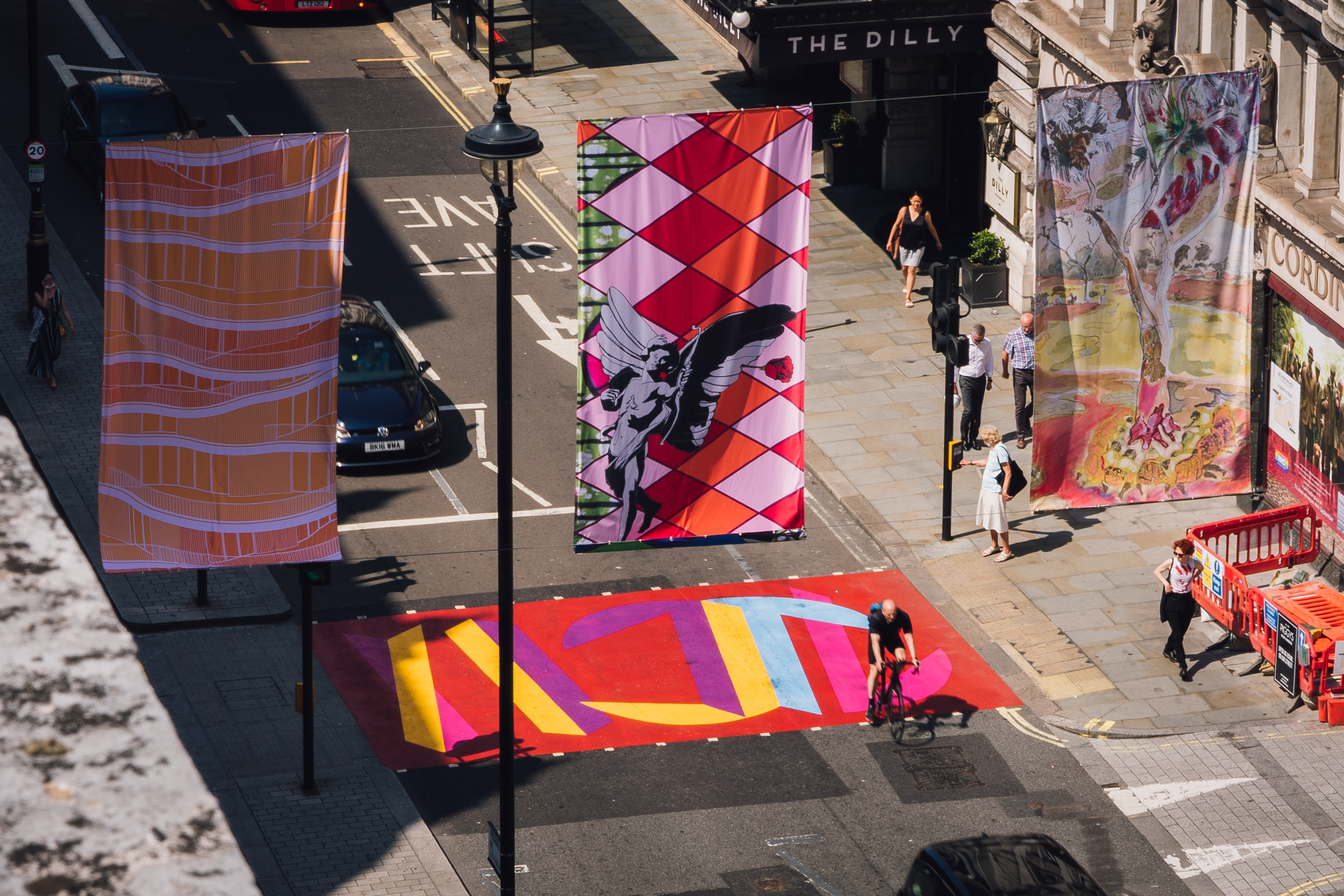 It is part of the £7m Let’s Do London campaign by the Mayor of London, Visit London, Transport for London and the tourism industry

“The West End is a historical cultural district for London, packed with attractions that draw locals and tourists alike in their droves. Sadly, the pandemic has hit the community hard and it has had to fight to survive” said the director of Art for London, Mark Williams. “It’s Art of London’s hope, with the launch of the Art of Summer Season, to encourage people back to the West End with original, bespoke and exciting artistic initiatives that celebrate everything the district has to offer, and the resilience and passion that makes it so special.

“The Piccadilly Art Takeover aims to bring art to the masses with a gallery without walls, encouraging participation, inclusion and celebration of art in every form.”