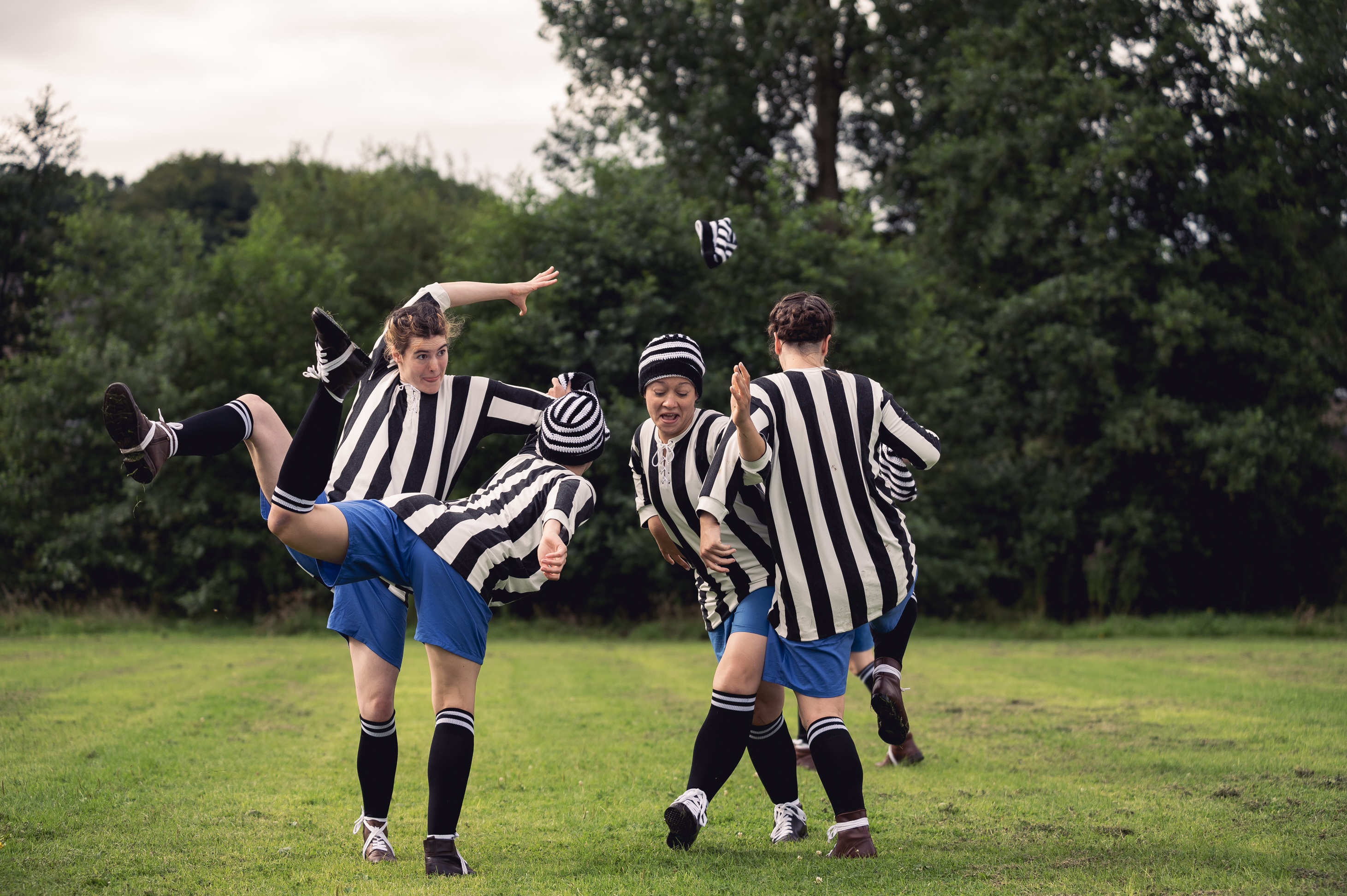 A historic moment for female footballers is being commemorated in the town of the game’s first great team - in dance.

The Lancaster-based dance company About Time is marking the centenary of women’s football being banned by the Football Association with a new dance, Quite Unfit for Females, which will have its premiere in Preston on September 18 during the Lancashire Encounter Festival.

Dick, Kerr Ladies were a team formed by a munitions company in Preston in 1917 to raise money for soldiers’ welfare during the First World War and their first match at Preston North End’s ground before a crowd of 10,000 raised the equivalent of £50,000. By 1921 Dick, Kerr Ladies were playing more than 60 games a year, but in December of that year, following complaints, the FA declared it “felt impelled to express their strong opinion that the game of football is quite unsuitable for females and ought not to be encouraged”.

But though all FA clubs were told not to allow their grounds to be used for ladies matches, the Dick, Kerr Ladies continued to play until 1965. The ban was lifted in 1971, two years after the formation of the Women’s Football Association.

The cast of five dancers have trained with a football coach to ensure their movements mirror those of the game, and the dance has been created by About Time’s Preston-born artistic director Jenny Reeves. “There’s an amazing link between the physicality of football and dance" she said "and the story of Dick, Kerr Ladies is inspirational” .

About Time was founded by Jenny Reeves in 2016 and works with artists and communities to explore the heritage and local history of the North of England. Its first professional touring work – Cotton – presented tales of Lancashire Mills.

Performances are being funded by the Arts Council, the University of Central Lancashire in Preston and the National Football Museum in Manchester where there will be a further performance and school workshop in October.