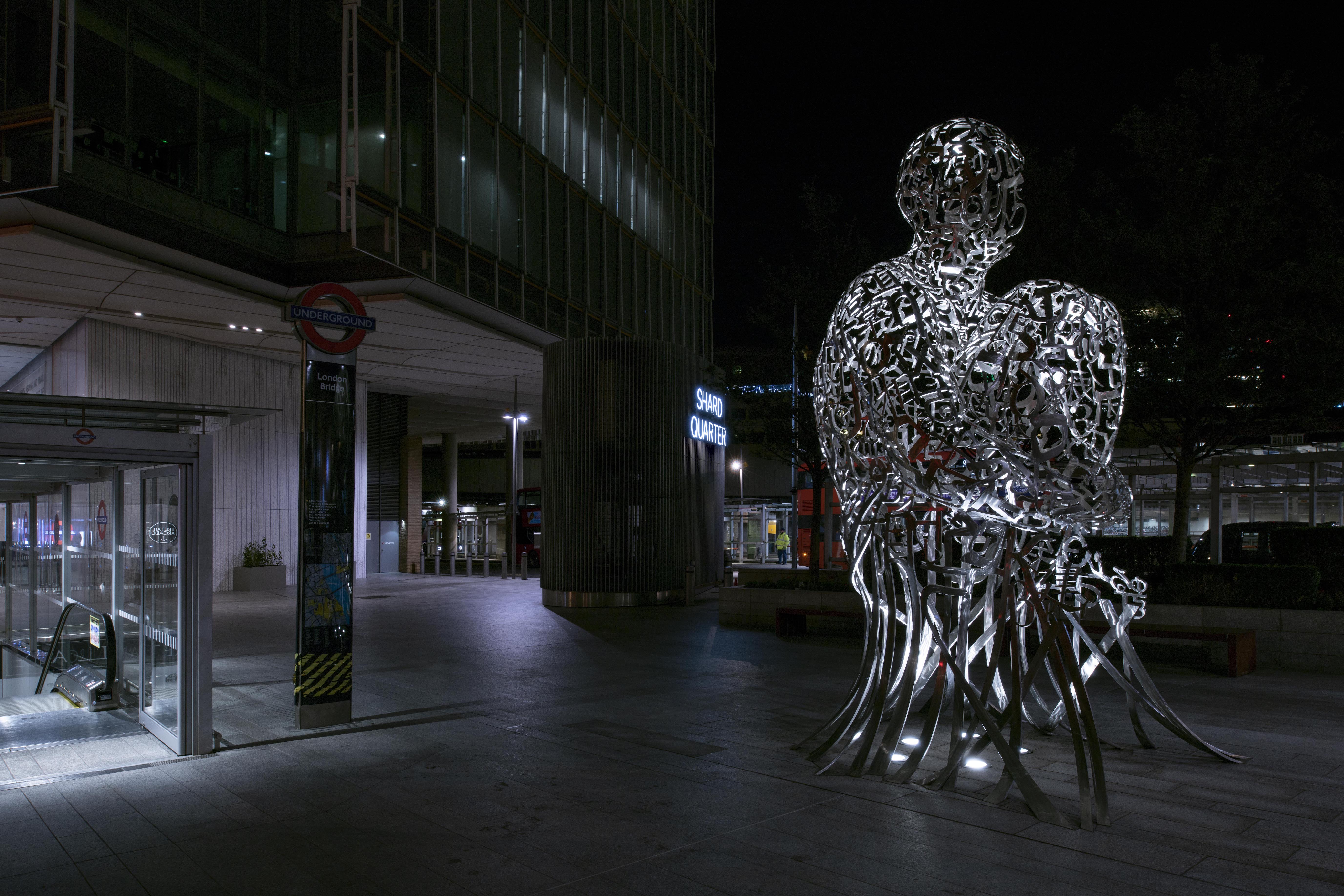 A new public sculpture by the Spanish artist Jaume Plensa that celebrates both internationalism and diversity has been unveiled at the point where the Shard, London’s tallest building, meets London Bridge Station.

WE, human shapes made up from letters and characters from seven different alphabets, is designed to be a point of reflection and rendezvous for travellers and Shard’s two million annual visitors.

“Alphabets are the self-portraits of cultures and the best example of the world’s diversity” said Plensa whose first piece of public art this is in London but who has others in Spain France, Japan, Korea, Germany, Canada and the USA.

The piece was commissioned by the owners the Shard, the State of Qatar, and developers Sellar with the support of Futurecity and a special advisory committee.

“Jaume Plensa’s sculpture at the Shard is a fitting subject for his first public installation in London” said James Sellar, CEO of Sellar. “By putting multiple alphabets together on a single human form it celebrates the linguistic diversity of the human family. After a year in which people were separated from each other the idea of exploring human connection through art is something we are keen to celebrate, especially if it becomes a new meeting point for visitors to the Shard and London Bridge, playing a part reconnecting people in our city”.

And Eliza Bonham Carter, head of the Royal Academy Schools and a member of the advisory committee, added: “Internationalism, communication and beauty are all put to work in WE, which celebrates the best that humanity can be in all its diversity. The work offers a moment of pause, play, reflection and wonder to all that encounter it”.