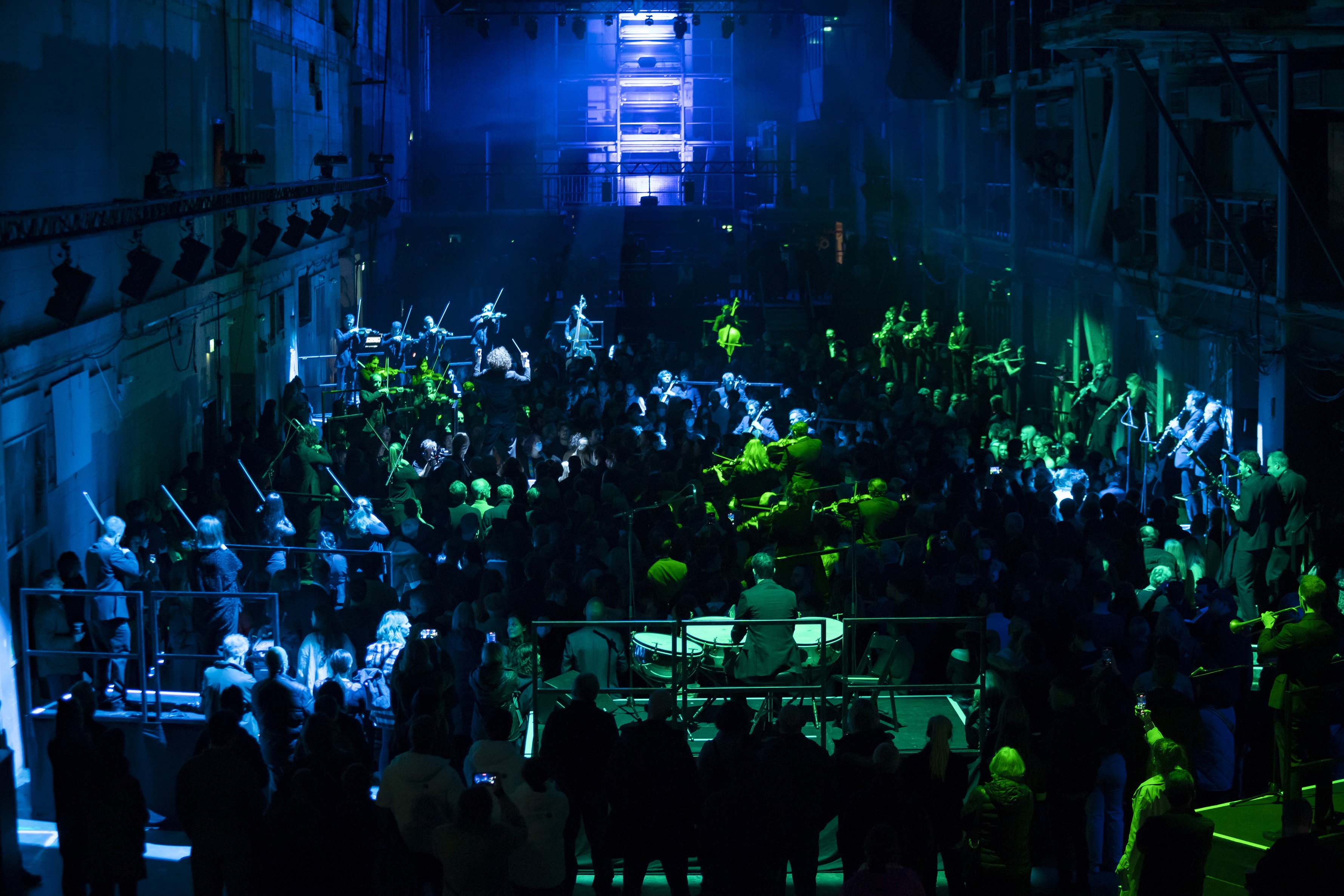 A printing plant that once one of the largest in Europe has been the venue for a pioneering immersive concert.

Last night Printworks London at Canada Water, which produced newspapers including the Daily Mail and Evening Standard until 2012, last night staged an experimental performance of Beethoven’s 7th Symphony played by the Aurora Orchestra in which classical and contemporary electronic music were combined with advanced lighting technology.

As the orchestra’s founder Nicholas Collon conducted the ensemble, an audience of 2,500 wandered among the players in two performances on the night, the first concert of its kind.

The orchestra, which played the four movement piece entirely from memory, teamed up with Printworks London and and the German audio specialists d&b audiotechnik to present Inside Beethoven. The performance was supported by the Royal Philharmonic Society Audience Fund in association with the Rachel Baker Memorial Charity.

Printworks London, now run by Venue Lab, has almost 120,000 sq ft of space with capacity for 6,000 and for the last three years has hosted DJ and rock music events.