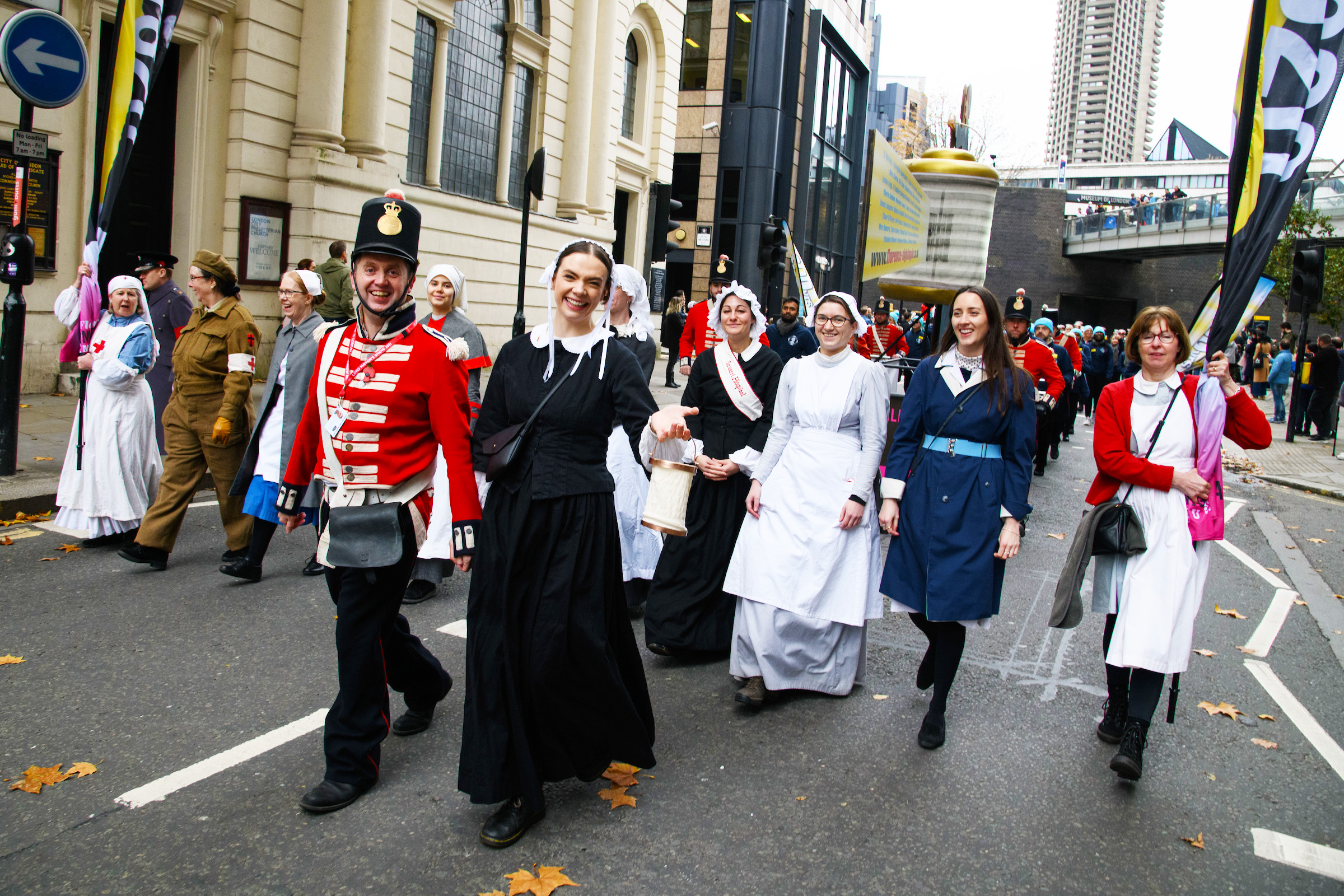 Marking the completion of her 200th birthday celebrations., Florence Nightingale joined the Lord Mayor of London’s Show at the weekend.

Led by actor Amber Lickerish as Nightingale, nurses from the Nightingale Academy at St Thomas’s Hospital and museum staff were accompanied by a float bearing a giant figure of Miss Nightingale, complete with giant lamp. In 1908 she became only the second woman to be given the Freedom of the City of London, her adopted home.

She was born in 1820 and died in 1910 but because of the pandemic her birthday had to be marked a year late, culminating in a thanksgiving service at St Paul’s Cathedral and joining the parade. A major exhibition had to close ten days after it opened, and since then the museum has had to reach its audience online. The closure has caused serious financial difficulties, but it is hoped that fundraising will allow the museum to reopen next spring.

“The pandemic reminded us of the importance of Florence’s work and guidance in providing compassionate and highly professional nursing, promoting the use of statistics and evidence-based practice, and encouraging handwashing and fresh air circulation, to combat the issues we faced on an enormous scale” the museum’s director David Green. “All of this showed that she was ahead of her time and an inspiration to many today.

“The Lord Mayor’s Show became a fantastic party with the many friends we have made over the past two challenging years. While the museum is temporarily closed, it was an honour to take Florence’s story on to the re-emerging streets of London. We look forward to reopening next year.”