We are Lewisham will feature a dance spectacular with over 200 local performers coming together to celebrate migration to the borough; in tribute to local girl Ella Adoo-Kissi-Debrah who died from traffic pollution in 2013 aged nine, a piece of public artwork by Dryden Goodwin is to be seen all over the borough.

“From famous names performing in brilliant venues to inspiring events in our parks and schools and celebrations of the music and events that have defined us” said Lewisham’s mayor Damien Egan “our year as London Borough of Culture will be open to everyone, with events popping up across the whole borough; in our markets, local businesses and on street corners, created with an by local people. We’ll be giving a platform to the very best of what Lewisham has to offer.”

The borough’s year, which kicks off in January, follows Brent's and precedes Croydon's in the Mayor of London's initiative. It will bring to the fore its activist musical heritage and anti-racist movements - through pop, grime, afrobeat, jazz, global, classical and punk music through the summer. Co-presented by the Albany, LIFT and the Serpentine the theatrical installation Sun & Sea (pictured here) that delighted Venice Biennale audiences in 2019 will have its UK premiere with a set comprising ten tons of sand. 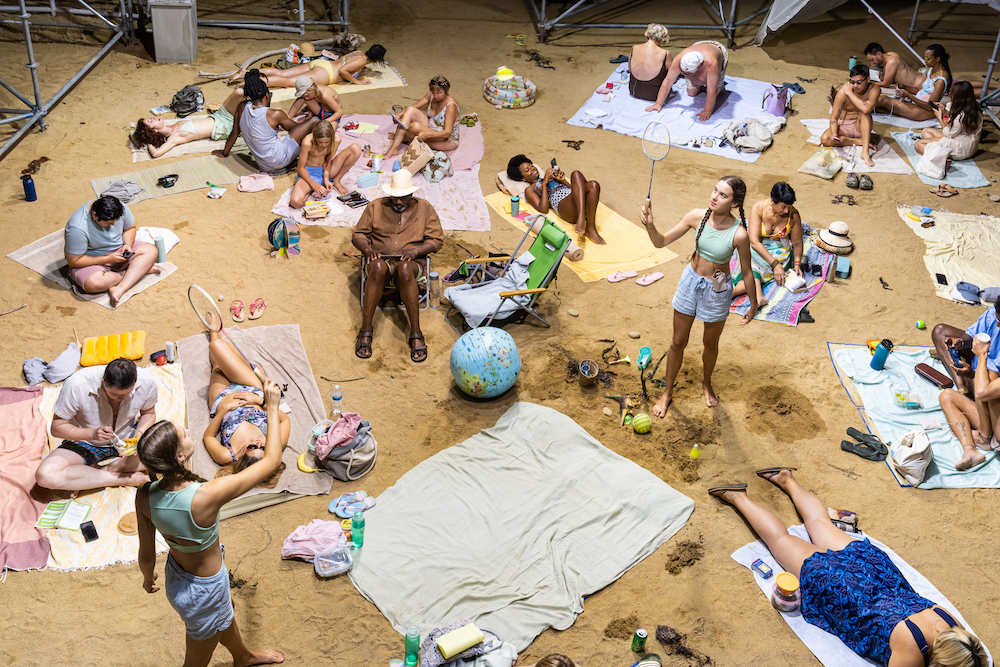 Lewisham’s landmark creative institutions - Trinity Laban, Goldsmiths University of London, the Rivoli Ballroom, the Albany and the Horniman Museum - will be part of the We Are Lewisham programme, which will also explore the historical depth of the borough and immigration, bringing different generations, artists and members of the community together.

“As well as being a much-needed call to action, we’re excited to announce a programme that is also joyful and celebratory” said Gavin Barlow, creative director for the year and CEO of the Albany arts centre.

“Lewisham has always been somewhere that stands up for what it believes in, and the year will showcase the power of the arts to inspire positive change and celebrate our borough’s contributions to music, visual art, dance and more. In the Albany’s role as lead delivery partner we’ve worked closely with Lewisham Council as well as local residents, organisations and communities to co- create something that is authentic and true to the spirit of Lewisham that everyone can enjoy.”