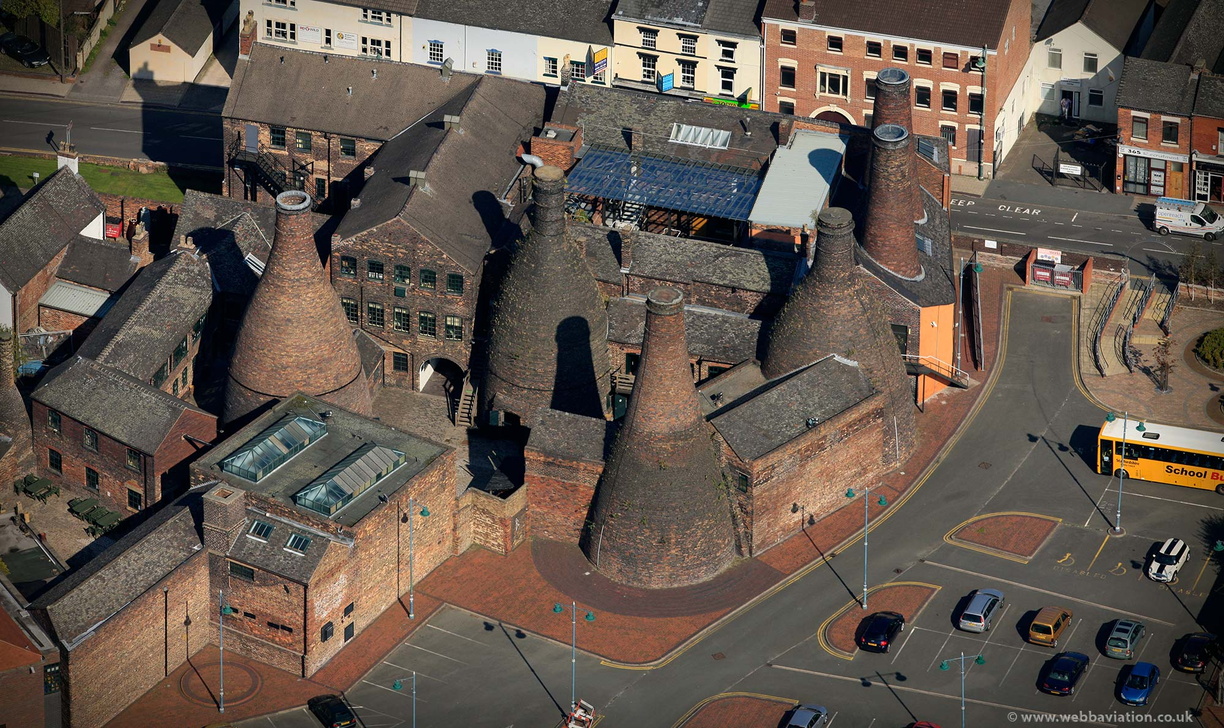 Stoke-on-Trent City Council is making its ceramics curators in two museums redundant in order to turn the venues into film locations.

Curators and management staff at the Gladstone Museum, with its famously recognisable brick bottle kilns where Channel 4’s popular Great Pottery Throw Down is filmed, and the Potteries Museum and Art Gallery have been told that all their posts are to be deleted as the council seeks to cut £7.1m from its annual budget. Both were scheduled to re-open on January 18 after a Christmas closure lengthened by the Omicron Covid crisis.

Instead the Gladstone is to be closed to the public for five months of the year with the Potteries Museum's opening times reduced with the two run jointly by a skeleton staff so that the Gladstone in particular can earn income as a venue for film and TV productions, generating an anticipated £125,000. They will be open to paying visitors and schools on five days a week instead of seven between April and October. The staff cuts of 19 full time and three part time positions are calculated to save the authority £560,000 a year.

Staff affected have been told not to discuss the situation publicly, but one long standing supporter who did not want to be named said: “There will be no ceramics heritage experts in the only two civic museums of a city renowned the world over for its pottery. However, you can see a Spitfire... that didn't take part in the war, in its new building opened last year and costing millions”.

And Paul Williams, chair of Stoke-on-Trent Cultural Destinations, acknowledged that the cash-strapped council had a need to make better commercial use of its museums. “While I have some sympathy for the council and the tough decisions that they are being asked to make at this time I would argue that the proposals being considered need to be balanced against the massive contribution both museums and cultural services more widely make to community wellbeing, quality of life, the visitor economy and ultimately Stoke-on-Trent’s position as a vibrant cultural destination” he said.

The Grade II* Gladstone Museum (pictured with thanks to Jonathan C K Webb) opened as a coal-fired pottery in 1787 and became a working museum in 1974 . The Potteries Museum and Art Gallery opened in its present premises in 1956, was expanded and enlarged in the 1970s and was Museum of the Year in 1982.

Cllr Abi Brown, leader of Stoke-on-Trent City Council, said in a statement: “Through our budget setting process, a consultation is underway on proposals that will support the required modernisation of the museums service.

“The proposal is to create a single team to work across both museums, building on the expertise and skills that are already in place. Both museums will open five days a week (Wednesday to Sunday) with both having availability for events and other special activities seven days a week. Gladstone Pottery Museum will open to the general public between April and October. Between November and March Gladstone Pottery Museum will be closed for flagship TV broadcast production commitments, and will be available for venue hire and a range of events and other activities.

“These proposals support the continued transformation of the city’s museum and wider cultural offer, enhancing our celebrated collections and exhibitions which attract local families and residents and international visitors to the city. If agreed, the proposals will allow us to offer a more flexible service to meet the ever-changing consumer and commercial use of museums within Stoke-on-Trent, while still recognising our custodial responsibility for our wonderful collections, through the continued application of curatorial expertise.”