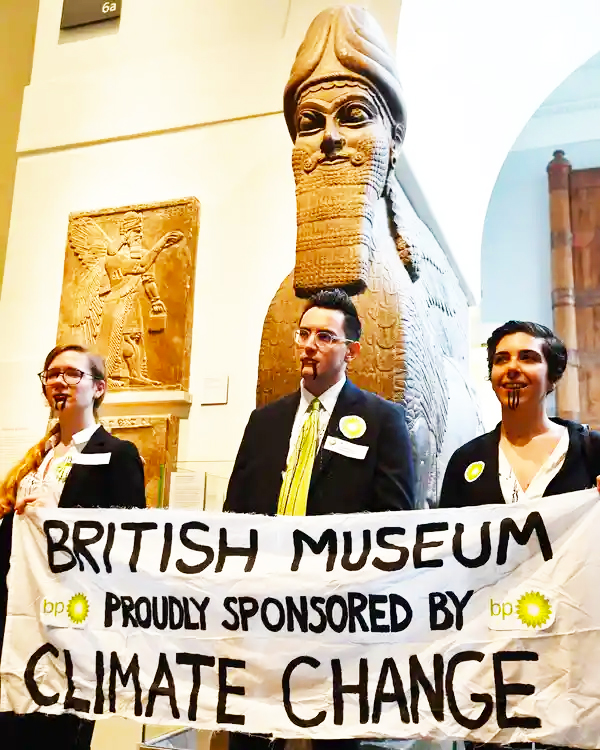 The British Museum has been urged by a panel of scientists and climate experts to abandon plans for a renewed sponsorship deal with BP.

The museum’s trustees, chaired by George Osborne, has been sent a submission signed by experts such as Sir Robert Watson, former chair of the UN Intergovernmental Panel on Climate Change; Mark Serwotka, general secretary of the PCS union which presents many  staff members at the British Museum; Rodney Harrison, professor of heritage studies at UCL; and Naomi Oreskes, professor of history of science at Harvard.

The submission was co-ordinated by the research]h and campaigning organsation Culture Unstained and sets out “how the potential harm of signing a new sponsorship[p agreement with BP demonstrably outweighs the benefits and would be inconsistent with the museum’s commitments on sustainability”. The National Portrait Gallery and Scottish Ballet recently ended long-term associations with BP.

The sponsorship has now run for 25 years and is due for renewal, to which is understood the museum’s director, Hartwig Fischer, is committed. When the last agreement was signed in 2016 the trustees was not consulted, Climate Change said.

“The British Museum’s ongoing relationship with BP is clearly out of step with the rest of the cultural sector” said Rodney Harrison, professor of archaeology at the UCL Institute of Archaeology and another signatory to the submission. “In just the past few years a significant number of museums, galleries and other cultural institutions, both in the UK and internationally, have publicly renounced their ties to fossil fuel sponsors.

“BP’s well publicised involvement in fossil fuel lobbying and ongoing oil and gas exploration, which threatens the world’s attempts to meet agreed global heating targets, as well as their links to the destruction of indigenous cultural sites on a number of continents, clearly makes them an inappropriate partner for a museum which purports to act for the preservation of the world’s cultures. At a time when national and international codes of ethics for the sector urge museums to ensure they work in the public interest, uphold the highest level of institutional integrity and maintain transparent relationships with partner organisations, the British Museum’s conduct raises questions of international concern which the Trustees must address.”