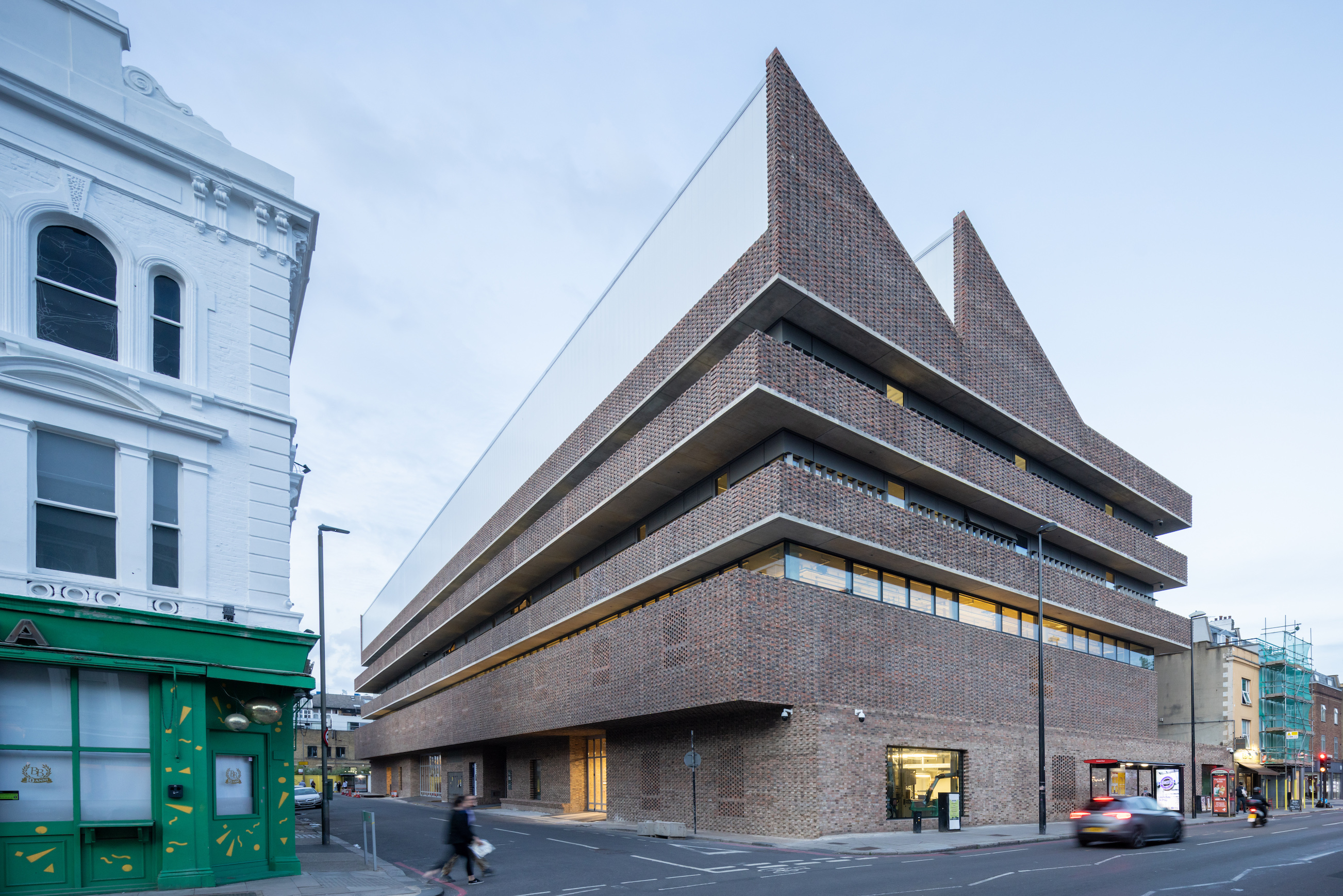 The Royal College of Art today unveiled the largest development in its 185-year history, a £155m Herzog & de Meuron designed campus south of the Thames by Battersea Bridge.

Its principal, Paul Thomson, said the new campus would pioneer a new interdisciplinary approach to creative design “in the RCA spirit of inventiveness, artistry and industry”.

Funding was gathered by a wide-ranging trawl but kicked off by a £54m Treasury grant committed in the last months of George Osborne’s time as Chancellor of the Exchequer, and philanthropic contributions led by the Sigrid Rausing Trust’s £15m gift.

Thompson said the campus was “conceived as a porous and flexible ‘territory’ of platforms upon which the varied needs of the RCA curriculum are given space to change and grow, enabling the transformation of space as needed during this process. The studio and research buildings are designed as communities unto themselves - a place that encourages interactions between students, faculty and staff. Our intention is also to create a civic connector, encouraging circulation through the site and inviting exchange between members of the RCA community, the neighbourhood and wider city”. Collaborations between disciplines would address issues such as the effects of rapid globalisation, climate change and an ageing population. He said the building should be a centre for realising the STEAM concept in which science, technology, engineering, the arts and mathematics commingle. The new building deliberately has large clear windows onto the outside world to give the local community a sense of inclusion in the design dynamic.

It was, said the lead architect Ascan Mergenthaler, a place where scientists could mingle over coffee and food with sculptors and performance artists. “Making things should be the foundation of the building” he said. He also announced a new five year plan for the college which would see the complement of students rise from just over 2,000 in 2017 to 3,500 by 2027. 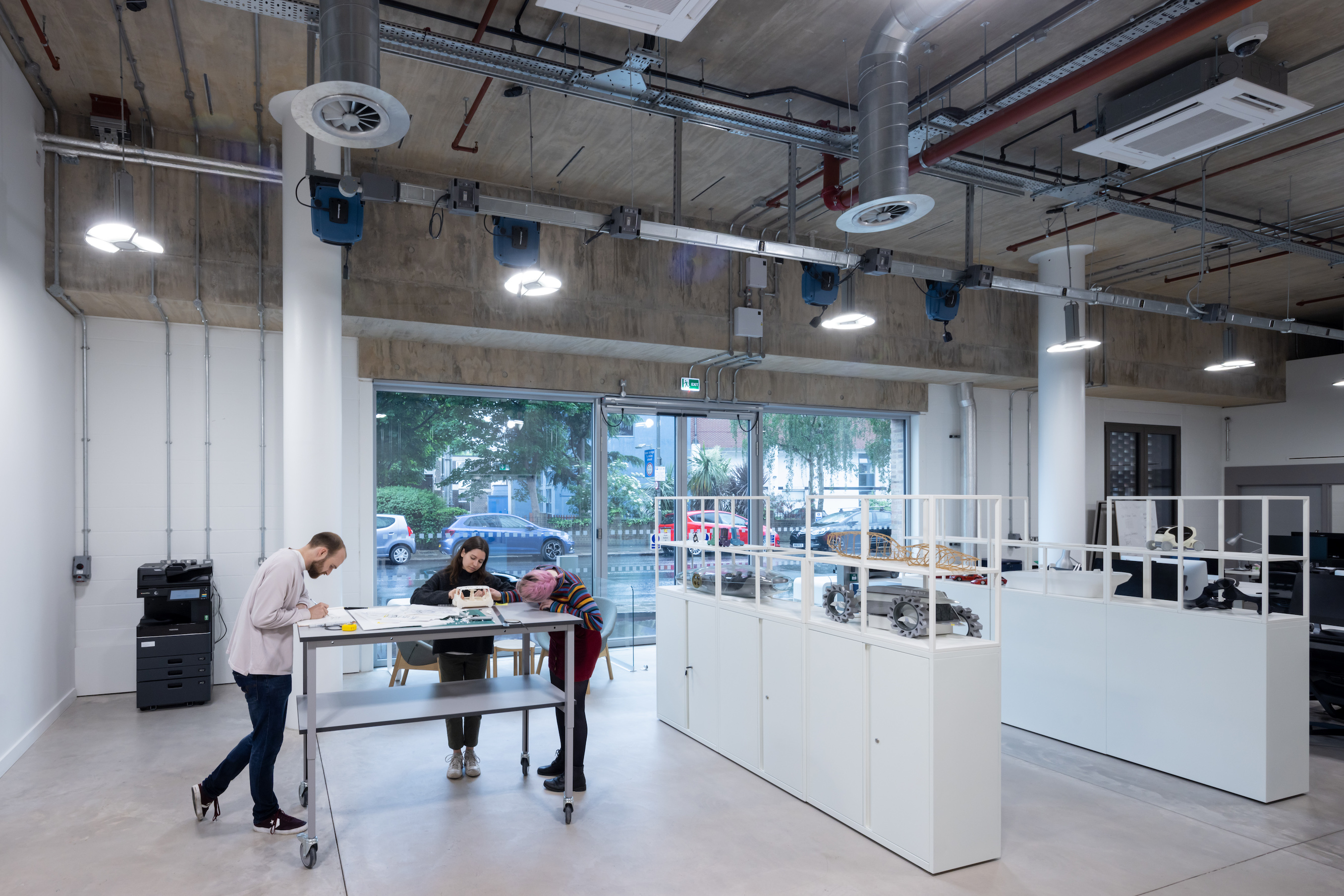 So the new RCA has four storeys of studios and workshops for sculpture, contemporary arts practice, video and film and the school of design, “designed as social and educational spaces of creative transfer and collaboration”. Its double height “hangar” offers space for heavy, large and complex installations while a smaller “robotics hangar” provides areas for designs engineering, “intelligent mobility: as car design is now. called, and research testing. On eight floors a research and innovation building will house experimental space for materials science, soft robotics and more space for technologies that we don’t yet know about, Thompson said. There is a centre for invention that improves people’s lives, and another for enterprise, entrepreneurship and business support. And there is a seminar and conference facility at the topmost level of the building.

The Battersea campus is the RSA’s first development since the 1961 Darwin Building, now listed, which will house the college’s architecture and communications departments.

“The Royal College of Art is a unique institution, rightly revered globally for the excellence of its postgraduate art and design education” said the RCA’s chancellor Jony Ives. “The dynamic created by this new building is remarkable. Our working environments have a powerful influence on the way we create and collaborate, and I am so excited for this new chapter in the life of the college and the inspirational work its graduates will bring into the world."