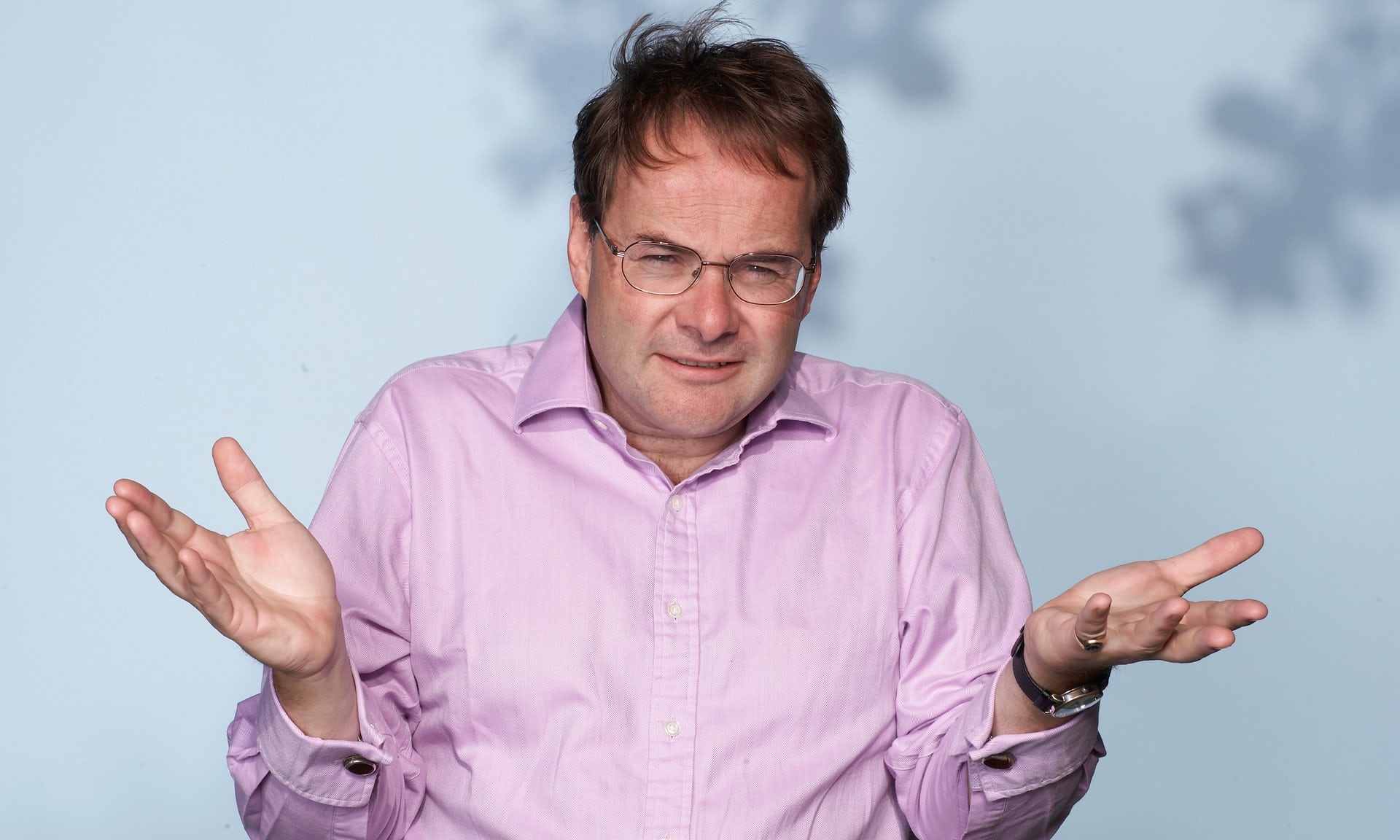 What’s the point of…. Quentin?

Poor Quentin Letts has got a shellacking for being “blatantly racist” in his Daily Mail review of the RSC’s quirky Restoration play The Fantastic Follies of Mrs Rich, and I find myself in the awkward position of having sympathy for him.

I don’t mean just in the sense that you have to have sympathy for someone who has never left his darkened room at Haileybury School in which no light has allowed the real world in, though there’s something in that, come to think of it.

But Quentin’s not a racist, despite the stance among the unspeakable his paper feels most comfortable with. Nor is he just being a contrarian, a public school style of buffoonery he demonstrates with such alacrity on his occasional radio series What’s the Point Of…in which he seeks to get into trouble by having a go at institutions and spouting mildly objectionable views about, for instance, climate change when exploring the Met Office. He often succeeds.

Nor is he much of a theatre critic, in that he doesn’t know anything about the theatre, unlike his saintly predecessor Jack Tinker of the Daily Mail of another age. In his piece he was objecting to the casting of a black actor, Leo Wringer – not to his colour, you understand, but to his choice for the role. “There is no way he is a honking Hooray of the sort that has infested the muddier reaches of England’s shires for centuries. He is too cool, too mature, not chinless or daft or funny enough. Was Mr Wringer cast because he is black? If so, the RSC’s clunking approach to politically correct casting has again weakened its stage product”.

That’s not racism, it’s ignorance. He didn’t need to add those last two sentences to make his point, but somehow couldn’t help himself, unable to recognise the extraordinary success of the RSC and other companies in finding talent that had hitherto been excluded from the main stages.

The RSC’s latest coup in black casting – demography, not colour - was to take the holiest of Shakespearean holies, Hamlet, and give it the African treatment, and Quentin praised it in his back-handed way – “I found this Hamlet more persuasive than last year’s silly effort at the Barbican that starred Benedict Cumberbatch”.

So, less than effusive, but he saw the play at the beginning of its public life in 2016. I saw it at the Hackney Empire a couple of weeks ago when it had ripened into a revelation, this cast with its (white) director having created a new play for today without changing a thing and reaching an audience of at least seven races that I could count that might never have set foot inside this palace of a playhouse unless it was for the annual panto. They all stood side by side to give the entire cast a standing ovation. The RSC had never been there before

It was Paapa Essiedu as Hamlet that had brought them in, and Natalie Simpson’s heart-rending Ophelia no doubt, and the memory of what they saw will bring them in again. I'm not going to  repeat here what the RSC deputy director Erica Whyman told us about why the company is committed to the dangerously debt-incurring complexities of touring, you can read it yourself here http://www.artsindustry.co.uk/feature/1072-traveller-s-tales-and-mission-faith-with-the-rsc, but it’s all part of the mission to share our culture with the whole nation: until we are able to cast plays racially blind and demographically aware we will never open the wonder of art to those who say “it’s not for us, it’s for them” (classical music is lagging light years behind the theatre in tackling this). Hytner’s current Julius Caesarat The Bridge has, when you come to think of it, a multi-race cast, and you only think of it afterwards when someone like Quentin mentions it, not while you’re enthralled by the latest take by artists at the top of their game on a well-loved play.