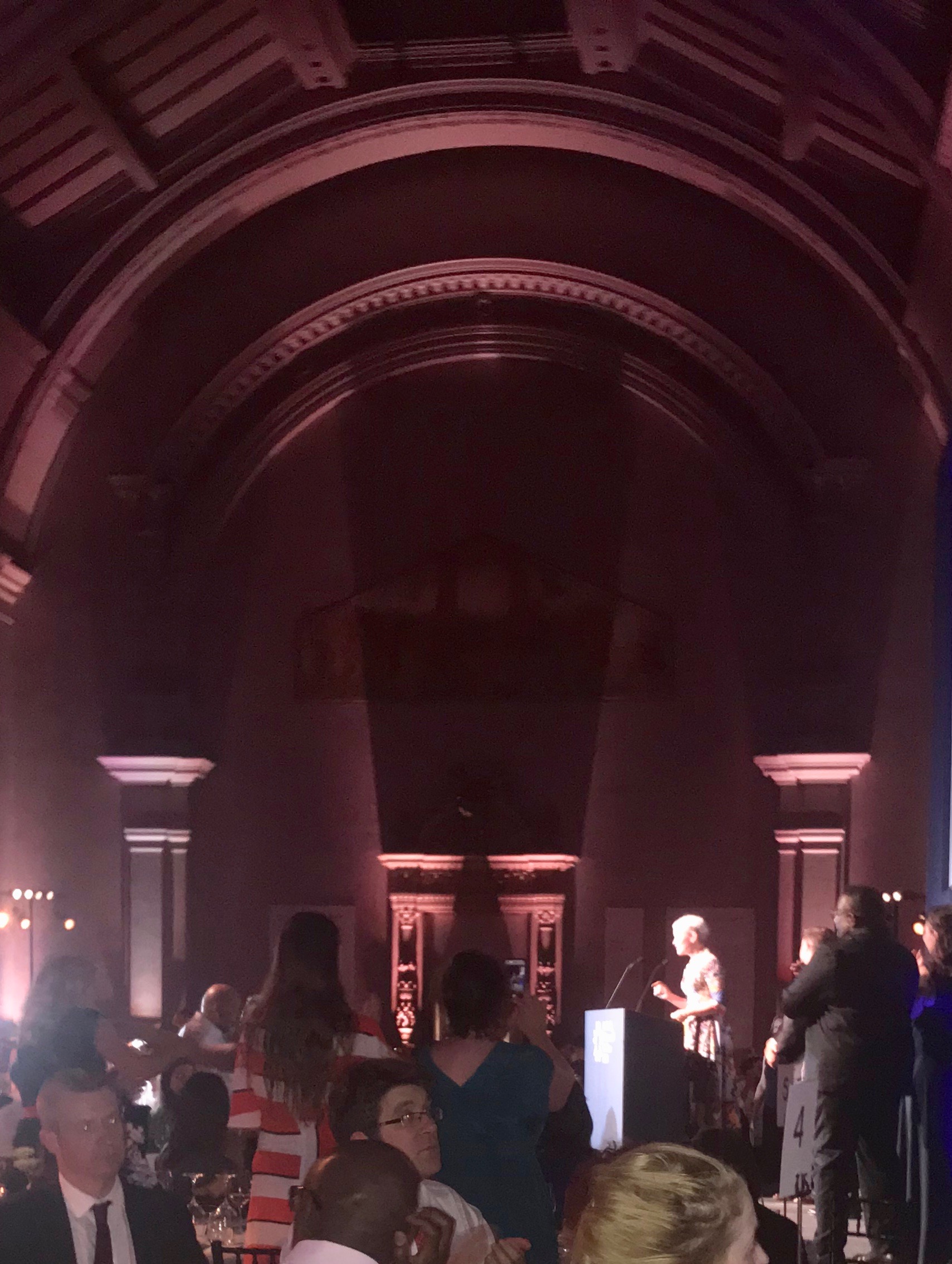 The rather messy headline is because there are two topics to address, Darren Henley’s little book Creativity – why it matters, and the Museum of the Year. But are they separate?

Arts Council chief executives don’t think, at least not in public. Collectivity. So when he has something to say that hasn’t come through the 14 member Arts Council and publishes it, he has to make clear “it is not an official Arts Council publication; these are my personal opinions”. Even though there’s nothing here that any Arts Council member is likely to disagree with.

It’s a dinky little publication, clad in a lurid pink, and is a disquisition that effectively nails that fatuous old argument about “art for art’s sake” versus “instrumentalisation of art”. But that was a dozen years ago, now we know that that art is not just something you look at, it's something you do too, everybody does, and if art is creativity there is art in everything else, from creating the internet to genome theory. What we have also discovered since then is how to quantify the value of our creative industries, so we know they were worth £91.8m to our economy in 2016, a bigger part of the economy than the motor industry, life sciences, aerospace and the power industries together.

We’ve seen how creativity can be transformative to communities, and he cites Bradford, Coventry, Folkestone, Hull, Luton, Middlesbrough, Plymouth, St Helens, Stoke-on-Trent and Sunderland (add to taste). And you know, then, where this is going, especially when the only teacher he quotes is the retired headmaster of a public school, and Eton at that. Because public schools do creativity from day one, state schools do not. Maybe that’s why our cabinets, our boardrooms, are full of public schoolboys (yes, boys - another book Darren?), because they learned in their formative years how to apply imagination to problems – “artistic practice makes us more adaptable as characters… artistic practice across the community and within individual lives can help all of us, no matter our circumstances”.

Yes. It’s about creativity in the community, which means creativity in schools, and when he quotes Michelle Obama he need say no more: “Arts education is not a luxury, it’s a necessity. It’s really the air many of these kids breathe. It’s how we get kids excited about getting up and going to school in the morning. It’s how we get them to take ownership of their future”. The curriculum has no space for creativity, and Henley is right to bang on about it at every opportunity, cogently as he does here.

What has this to do with last night’s event in the Raphael Cartoon Court of the V&A, pictured here with guests cheering as Maria Balshaw, Tate director, accepts the prize. Well, everything, from the shortlist, the winner, the comments of host Tristram Hunt, the V&A’s director, and the person that presented the award.

The game before the announcement, of course, is to guess the winner. No-one got it, because we were cynically looking for a theme. Year of Women? Must be the Glasgow Women’s Library. Art reviving the inner city? The Ferens in Hull, then. Technology bringing mundane history to sparkling life? Look no further than the Postal Museum. Courageous independent initiative? Has to be the Brooklands. Tate St Ives? But that’s very nearly a national, can’t give it to a national again. https://www.artsindustry.co.uk/news/1226-tate-st-ives-carved-out-of-rock-is-museum-of-the-year

But Hunt talked about how museums now have to be part of the audience, about taking collections out of the hallowed halls and into the community and about museums becoming centres of education instead of treasure houses; presenting the prize was Andira Zafirakou, the Brent art teacher who won the $1m teacher of the year prize and is spending it on bringing artists into classrooms, who talked about getting creative industries into the hearts of schools.

Tate St Ives’s expansion was controversial, there were local protests early on against the noise and damage being done to the rocky personality of the place, but by working through community institutions, and that means largely schools, the Cornish people were swung round to not just accept their art museum on the beach, to adopt it. By means of a bespoke strategy creatively designed to  fit the case, they were persuaded by Anne Barlow and Sam Thorne before her that this place was not just for tourists, it was principally for them.

So maybe this is a single subject, creativity museums, after all.