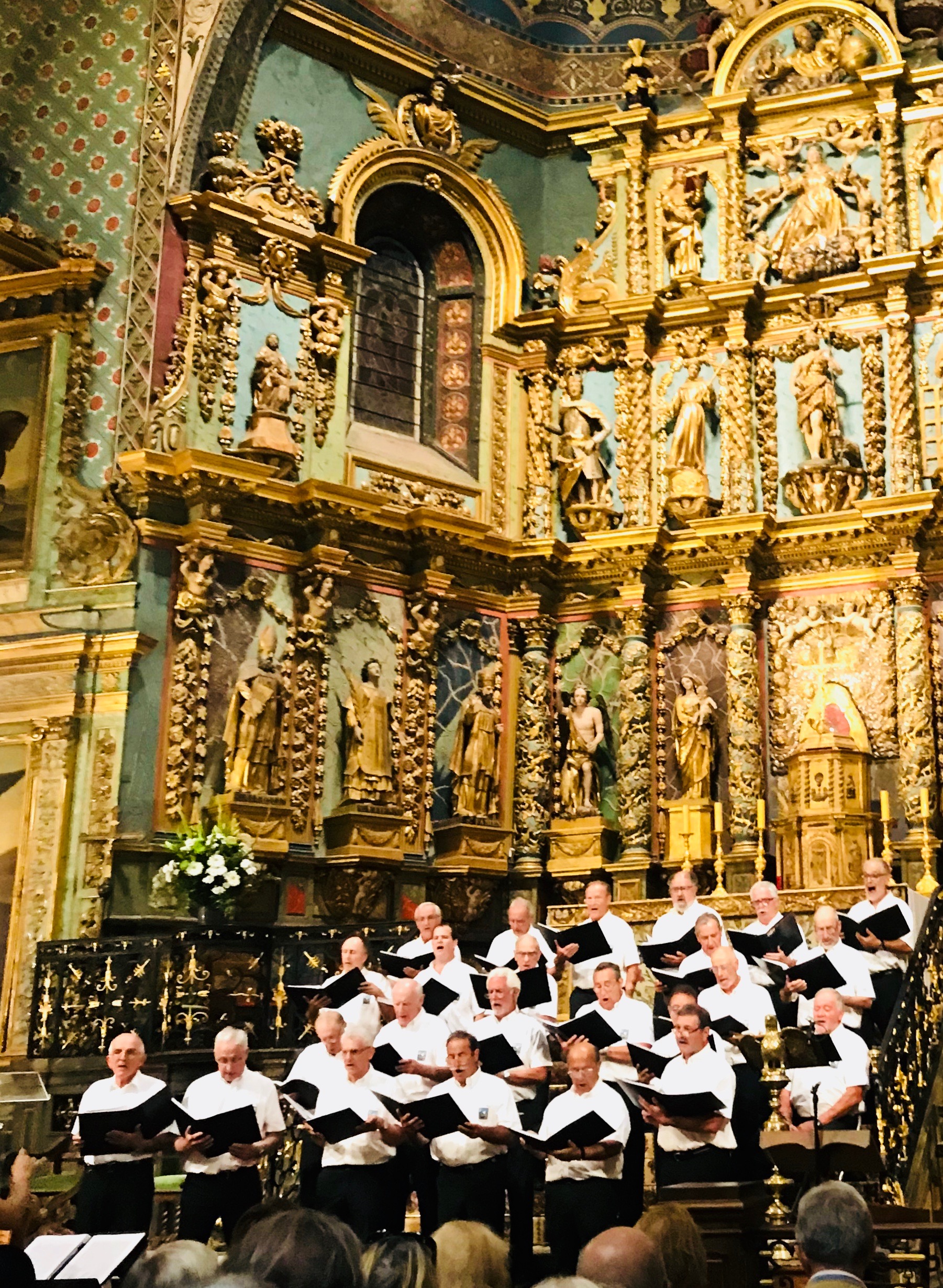 Nationalism is cultural, not political

They don’t even sport the “lauburu”, the cuddly swastika in the Basque green and red which is ubiquitous everywhere else. But they set the church of St John the Baptist aglow, bringing tears, cheers and a standing ovation from a largely holiday-maker audience with songs most of which they’d written themselves.

They are the male voice choir Bihotzez all of whose members are neighbours in the small seaside town of Guéthary, once a fishing village but these days a surfers’ node, five miles south of Biarritz in the Bay of Biscay. And whatever else they are, wherever else politics may say they come from, they are indelibly Basque and in their own lights they are nationalists. They are devoted to conserving their language, their music, their art, their character, and presenting them to whoever they can.

They sing their polyphony largely unaccompanied but led by a young female singing teacher 30 years their junior, Isabelle, who brings them into every song by singing the chords she wants them to follow in the invariably complex score. Polyphony is a tradition here and there are a dozen or more choirs, sometimes singing together at festivals or competitions and touring the region the summer long in their spare time. 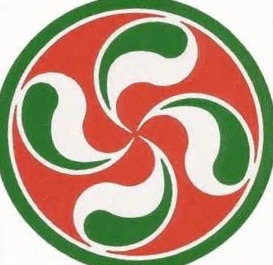 Their music is melodious, summer carols delivered in four part harmonies which deliver distinct images the Basque words can’t for most of us, and with a joy and control that left the audience on this warm September evening breathless. Their set was full of surprises, with one song about a shepherd being haunted by a mystery whistler bringing to the front from row four the composer who was a siffleur that would make Ronnie Ronalde ashamed. At the end of another piece there was a sudden treble voice which could have been a shriek if hadn’t been so perfectly in tune, and we looked for the boy stuck somewhere in the ranks. It had come from a rotund balding man who beamed sheepishly to give the game away.

And one of the songs came from 1970, a prayer to the Virgin Mary to end the war and help the Pay Basque find a way to peace, and there were tears.

For this countryside was at war for 32 years when Basque nationalism was hijacked by left-wing separatists which called themselves Euskadi Ta Askatasuna – Basque, Homeland and Liberty – or ETA.There were kidnappings, assassinations and bombings with more than 800 people killed between 1968 and 2010, 340 of them innocent non-combatants, and it was only in April this year that ETA was finally dissolved, Basque representation by now integrated into regional government on both sides of the Spanish border.

But these songs say the true Basques never wanted separatism, they just want to be allowed to be themselves.

The standing ovation came with the last song which flowed through its four parts until by the end they had come together in the melody, the power and passion of their singing leaving several of them having to stop to clear the lumps in their throats. It was Gernika, written by the celebrated Basque composer Pablo Sorozabal (who was taught by Arnold Schonberg), about the night in 1937 when “Nazi planes bombed the peaceable town of Guernica in the Pay Basque” as the programme says. “We dedicate this song to all the victims of terrorism”.

So as political nationalism rises once again across Europe and the world, the men of Bihotzez and their Isabelle are there to remind us that that is not true nationalism. The passion, the joy, the inclusivity and the beauty of what they do is. These nationalists are the peacemakers.