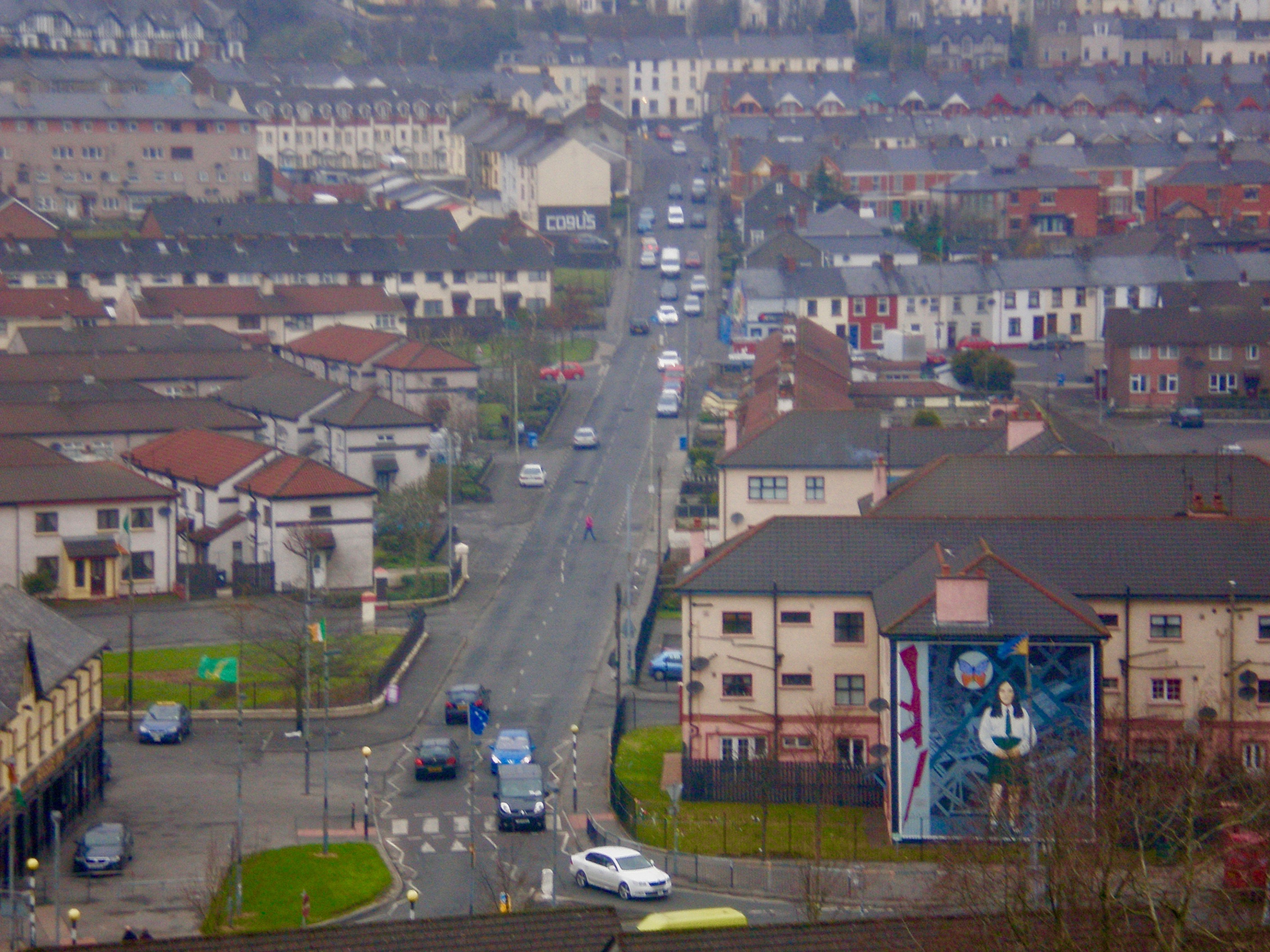 I was in Derry a few days before Lyra McKee was killed, a place I’ve grown an affection for over the years.

I was there last in 2013 when it was the first UK City of Culture, and there was such hope and aspiration about the place as international artists like Hofesh Shechter, teaching them to dance, made Derry’s young feel that they could be counted as well, as they never had been before. The digital industries would come, soft power would prevail at last, globals would see the value of this beautiful place and its cheap labour, and invest in jobs and dreams.

The promise was never kept. The globals came, spent the investment grants, and left.  Now Derry, Ulster’s second city, has an unemployment level twice that of the rest of the province; PWC’s economic indicators put Derry at the bottom of the UK’s 57 cities; entrepreneurship is at best 6.6% in Northern Ireland, at worst 4.2%, and that’s in Derry. It has the second cheapest housing in the UK after Stirling in Scotland, and the lowest home ownership in the country.

Lisa McGee, a local girl who saw the comedy in this city of young people to create Chanel 4’s hit Derry Girls, said this week that you need look no further than the economics for the reason why the New IRA has emerged from the youth of the city’s council estates. “They've been forgotten” she said. “They see no future here”.

Martin McGuinness’s city thought it was going to use its Year of Culture to bring business, rather than redouble its cultural credentials to make its mark as we were given to believe, and it has failed – tragically, as it turns out. That’s not to say that if being City of Culture had the effect here it has had in Hull McKee would still be alive, but it’s a thought.

Thirty minutes’ drive along the River Foyle is a stunning contrast, in the home town of Seamus Heaney, who had started his education in Derry. When he died in 2013 the local authority immediately made funding available for a biographical museum in the tiny community of Bellaghy, a population of barely 1,000 on the county border of Derry and Antrim. It opened in 2016 and 35 times the size of its population visit the Seamus Heaney HomePlace a year, built on the site of a police fortress.

So cafés have opened, the pubs are doing food, there’s bed and breakfast and guesthouses. In HomePlace’s first year the multiplier effect to the local economy is reckoned at £850,000, new flats are being built, and businesses are relocating here to the banks of Lough Beg, Heaney Country. But at the centre of it all is not an international deal or a government programme: it’s an artist who happened to have earned international acclamation, but from a place where he counted himself as just a member of the community – as is the way of such places, everyone here is related one way or another, and even the HomePlace manager is Heaney’s nephew. His museum achieved its target footfall in its first year and he has no ambitions for any more – this is a self-conscious rural community, for heaven’s sake, not a walled city.

Derry was conned into prostituting its cultural promise by its politicians ambitious to stride the international marketplaces as a Celtic dragon, in vain; Bellaghy has eased itself into the 21stcentury thanks to its luck at being the birthplace of a literary giant which it has exploited in a gentle, good-humoured, Irish way.