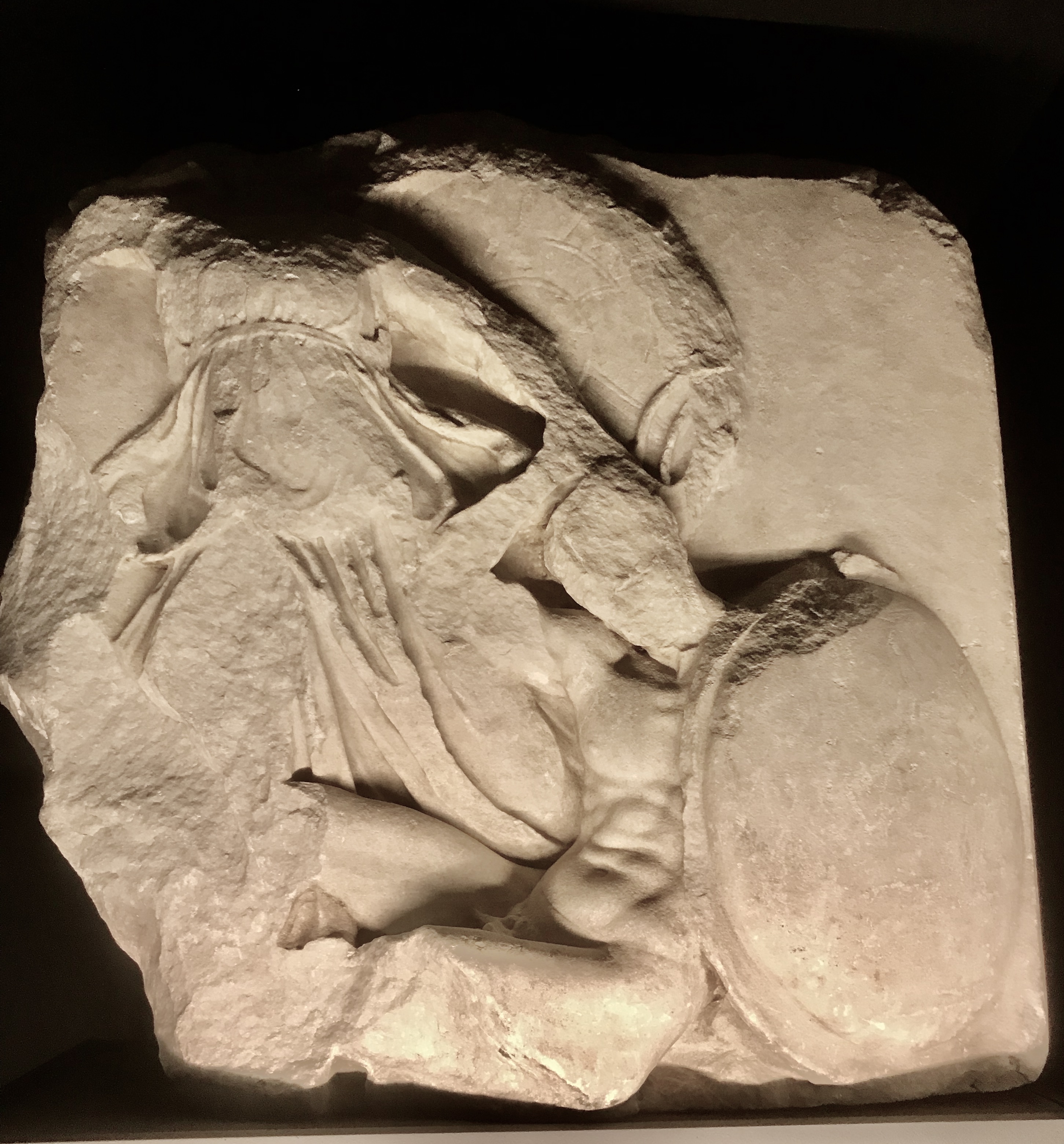 TAITMAIL Philanthropy – it's about passion, not money

Troy: myth and reality is a truly fabulous exhibition. It opens at the British Museum today with objects loaned from all over the world and tells probably the greatest story ever told, in that it has inspired, horrified and delighted all those who have encountered it for at least 3,000 years, and probably more.

The exhibition is also a fabulous concept, telling that most extraordinary of tales through the art that recorded it, rather than dreary archaeological records, because in its first few centuries, unlike the Bible, it was told orally, carved or painted on pots, and not written down until relatively recently. See it, it's a once-in-a-lifetime experience.

But that won’t be the news story today. The full title of the show is The BP exhibition, Troy: myth and reality, a BM challenge if ever I saw one to the protestors against arts sponsorship by fossil fuel companies. The press release even has a quote from BP’s European boss Peter Mather, who heralds “the latest co-operation in our long-standing partnership with the British Museum, of which we are very proud”. The BM’s director, Hartwig Fischer, is “grateful to BP for their ongoing support without which important exhibitions such as these would simply not be possible”.

How subjectively true that is we can’t know, but it is undeniable that blockbuster shows like this cannot happen without significant input from the private sector. BP was sponsoring the BM more than 20 years ago when oil fuel was a good thing, it wasn’t coal. Now its association is “greenwashing”, claiming house points for supporting the arts to ameliorate supposed climate change crimes. It would be easy for BP simply to withdraw from sponsorship and lose the grief, but the BM for one clearly won’t let them go easily.

I’m not interested in the perceived morals of this. The BP or not BP activists have had triumphs with the RSC kicking BP into touch and the NPG seriously thinking about it, so clearly their point is being taken.

But if the money for scholars to put these great shows on for us is not to come from the likes of BP, where will it come from? Not from the banks that once bankrolled such events, having stepped back since the credit crunch, and accusations of mis-selling and money-laundering. Not from big business which has all its resources committed to dealing with the Brexit avalanche. Not from the pharmaceutical companies which used to delight in supporting particularly art exhibitions, but since Sackler prefer a low profile.

And how far can this moral objection go? At least half of the paying visitors to these sponsored events come from abroad – and by ozone-burning aeroplanes. Should they and their admission fees be turned away?

While she was chairman of the National Gallery Hannah Rothschild’s entire social life for four years was taken up schmoozing sponsors. She is a prolific philanthropist who believes that if you inherit lavish sums as she did you have a duty to spend it philanthropically and do the due diligence to ensure the money goes to the right places. On the day I saw the Troy show she was presenting the Achates Sponsorship Prizes, given to first-time sponsors of small arts projects.“Anyone can be a philanthropist: it isn’t only giving money” she said. “It’s about contributing your time, skills and passion”. Passion is the operative word.

There were two Achates prizes, corporate and individual. The first went to the sports clothing company ASOS for setting up intense teaching workshops for disabled and non-disabled young adult dancers with the dance company Candoco, providing the vital kit as well as cash. The individual winner was the retired boss of the estate agents Knight Frank who was persuaded by a friend to help the World Heart Beat Music Academy negotiate a new home, was successful and helped raise the £2m needed with his own input of a five figure sum. This is the fourth year of the awards, and this time there's been a 65% increase in nominations.

There has been confusion about the difference between philanthropy and sponsorship, but really there isn’t one: art needs money and with its subsidy withering and lottery funding increasingly hard to get it can’t earn enough, and that goes for everything from an internationally important exhibition to a Birmingham concert hall which nominated Mr R Emery for his £5 contribution towards its capital project.

So let's all be moral, but let’s all be rational - and let's be passionate.