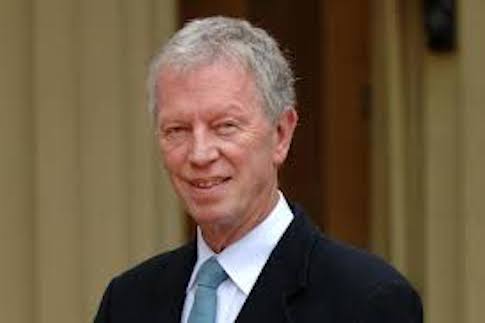 TAITMAIL Terry, Greg, Will and William

In 2017 Greg Doran had to start his annual RSC press conference by announcing the death of Peter Hall, the RSC’s first artistic director, who had died that morning. On Tuesday he couldn’t do it for Hall’s successor but one because Terry Hands died that day but a couple of hours later. Trevor Nunn, Adrian Noble and Michael Boyd will be planning a very quiet day when Doran’s next press conference is scheduled.

As it was, Doran announced that he will be co-directing 1, 2 and 3 Henry VI, as they tend to be known, and let off a small bombshell by saying he thought 1 Henry VI was a prequel written after the other two, and the weaker of the three, written either by or with Thomas Nashe. Is it important? Well, no… “I really couldn’t care less”.

Terry Hands succeeded Trevor Nunn, and I remember his long 13-year tenure as being chiefly preoccupied by cash and the Arts Council. He always wore a tie to the annual press conference, and you could tell whether it was going to be good or bad news by the colour of his neckwear. But among other triumphs he did the whole of the history cycle, culminating in Sher’s truly scary “bottled spider” Richard III.

And he loved the Barbican and privately abhorred his successor Adrian Noble’s insistence on an acrimonious divorce from the centre to concentrate the RSC’s operation on Stratford. It’s back at the Barbican now under Doran with a happy arrangement whereby all the company’s summer Shakespeares go to the Barbican in the winter, and the non-Shakespeares – like what Doran hopes will become a banker in the Les Mis mode, The Magician’s Elephant, opening in Stratford in October - go to the commercial West End.

But the RSC is now truly at home in Stratford, edging its precincts wider and wider until it seems to own much of the town now. Shakespeare’s church, Holy Trinity, where he was christened and buried and was inspired as a child by new English translations of the Bible, is close enough to seem almost enfolded into the RSC community. It’s important to be here, as Garrick knew when he organised his disastrous Shakespeare Jubilee in Stratford in 1769 – or as he wrote in his ode for the occasion,

Tis he! ’tis he!—that demi-god!
Who Avon’s flow’ry margin trod
The same is true for Grasmere, Dove Cottage and Wordsworth. His 250th birthday falls this year and there’s a £7m programme to, effectively, change the way we see the place to the way he saw it. That is, not so much a tourist attraction as the place where poetry happens. The cottage looks like it did when the Wordsworth Trust acquired it in 1891, that is after De Quincey had used it as a bookstore for 20 years and a series of tenants put their own marks on it.

Over the years the Wordsworth Trust has acquired buildings around Dove Cottage in Town End, where a museum and a research centre have developed for the needs of the scholars and enthusiasts that have come after, like the RSC has. But now Dove Cottage is being taken subtly back to how Dorothy ran it, according to her journals, and the garden becoming William’s orchard once more. His Mud Hut, where he went to get away from the hubbub of the endless stream of eminent visitors who never seemed to go despite the horrors of Dorothy’s porridge, is being recreated, and the woodland next to the cottage where he walked and composed is being opened for the first time. https://www.artsindustry.co.uk/feature/1916-ai-profile-dove-cottage-and-wordsworth-the-modern-man.

“I want poetry at the heart of the place again” said the trust’s director Michael McGregor.