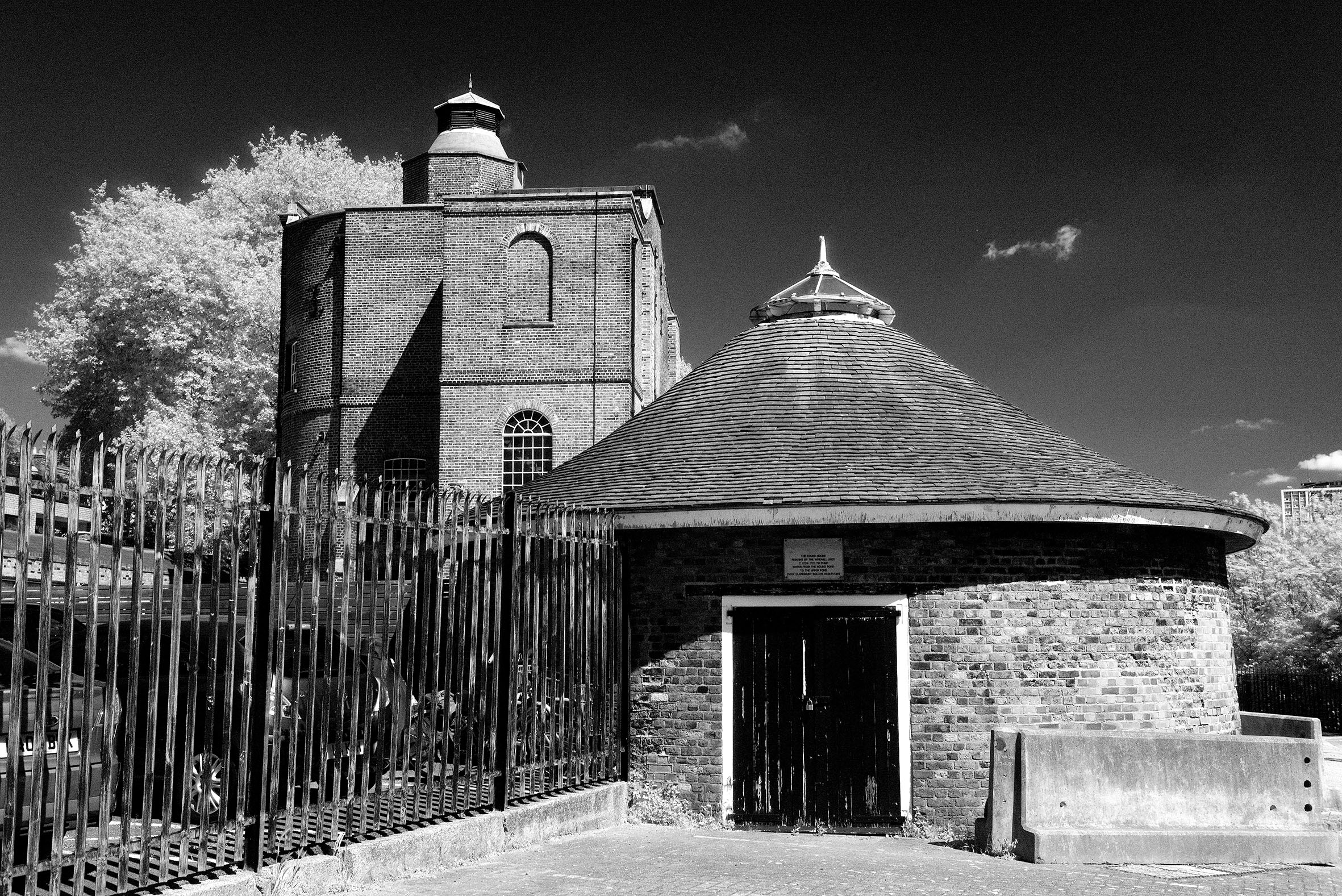 There’s something eerily Gothick about the New River Head engine house, a delight for illustrators and an image that would send Mervyn Peake on a maelstrom of weird invention. No wonder Quentin Blake fell for it.

This is the Gormenghast that will become the Quentin Blake Centre for Illustration in two years’ time, 20 years after he conceived the House of Illustration and eight after it opened in cramped but strategic space rented from the Art Fund in Granary Square, King’s Cross. Tight as things were, there was space for a small shop, a showcase for illustrators, makers, publishers, graphic artists.

That the £8m transition and transformation is being announced this week is a pointer that Covid isn’t only closing things, it’s allowing them to develop.

The House of Illustration started when the designer Joanna Carey and the illustrator Emma Chichester Clark had dinner with the first Children’s Laureate during which they discovered the mountainous collection of his own work the man who drew Dahl had accumulated over his long life, and kept. He’s 87, a knight, and still makes around 100 drawings a week. They wanted a Blake Museum; he wanted a gallery devoted to the history of illustration. “Illustration has been one of the most distinctive strands in the history of British art" he said when the place opened in 2014 next to Central St Martins. “It's one of the things that the British are good at – we don’t say that often enough”.

The question was, did we not say it often enough because we actually weren’t very interested in “illustration” as opposed to conventional art or, say, cartoons (the subject of a whole other museum)? “Illustration is all around us everywhere, but what I hope is that here you will stop and think about it" Blake said. And the conundrum was how to make a place that satisfied the research needs of professional illustrators as well as a curious public, and his point on all counts was made by the 250,000 people who have come every year since. In its first year the House of Illustration had exhibitions comparing Daumier and Paula Rego, Mad Men, a profile of the 50s commercial image-maker Mac Conner and to start the whole thing off Inside Stories devoted to the work of, who else, Quentin Blake.

Since then there have been graphic illustrations, pardon me, of why this is an art form and why it is important: Designed in Cuba: Cold War Graphics; John Veron Lord: Illustrating Carroll and Joyce; Gerald Scarfe: Stage and Screen; E H Shepard: An Illustrator’s War; Ladybird by Design; Posy Simmonds: A Retrospective; and most recently the timely W E B Dubois: Charting Black Lives. And of course, various Blake exhibitions drawn from his archive of 40,000 items.

Then came Covid and closure, and as an unsubsidised institution the House was largely left to its own devices. The permanent posts of 16 shrank to 12 and all 13 casual staff had to go. The House of Illustration is closed for ever.

“It was very grim, very sad” says Olivia Armad the artistic director, who has been with the project from the start and is acting director after the departure of Colin McKenzie in May. “But we stay online with our education work, and we knew we had a longer term plan to cling on to”. They could bring forward their gallery design, their business planning, their fundraising – they already have £3m.

Two years ago word of mouth had brought an extraordinary collection of four buildings in their own grounds to Blake’s notice at a place in Clerkenwell called New River Head, with the engine house at its centre. This had been the point where in the early 17th century clean water was first brought by a 40-mile conduit from Hertfordshire called New River to supply most of London, and 80 years later a spring was discovered next to it where Richard Sadler built a music house. In 1913 the Metropolitan Water Board made its HQ there and in 1973 it passed to Thames Water which now co-owns it with the House (thanks to £1m from the Architectural Heritage Fund).

The old engine house with its characteristic black-yellow London brick was built in 1768 and remodelled, extended and added to in the ensuing century or so. It’s listed Grade II and in its recent life has been used for storage. The architect Tim Ronalds, who transformed an old electricity station in Shoreditch into Circus Space and created Grange Park’s “Opera House in the Woods” at West Horsley, is designing the conversion on which work starts next spring.

“When working with old buildings we think most about the experience of buildings, the sense of time and memory they contain – the combination of new work and old buildings can be magical” he says. “New River Head is an important historic site, and the engine house a fascinating and atmospheric building. The ingredients are there to make a new cultural space of great significance.”

It’ll have four times the public area of the Granary Square building, space for Blake’s entire archive plus a gallery devoted to showing it, four temporary exhibition galleries, an education centre, offices and those vital elements missing previously, a café and a shop.

Will it work? It is the world’s only museum devoted to illustration, and no-one expected much of it six years ago. Blake had the material and connections to have made a charming but essentially solipsistic 3D autobiography visited mostly by followers of Matilda and the BFG, but instead has created what he calls an “international home for an art which I know and love… for artists who speak in a myriad of visual languages, but are understood by all”.

It’s in Rosebery Avenue near Islington’s Upper Street and Clerkenwell’s Farringdon Road, sits in half an acre whose landscaping is in the budget, so the prospect of open air performances by the next door neighbour is beguiling.

Would it be happening without Covid? Of course, says Armad, but not so soon. And in the week when the government has announced some details of its £1.57bn rescue plan for the arts, though not enough, knowing that enterprise in the arts is alive and planning for expansion is a welcome tonic.