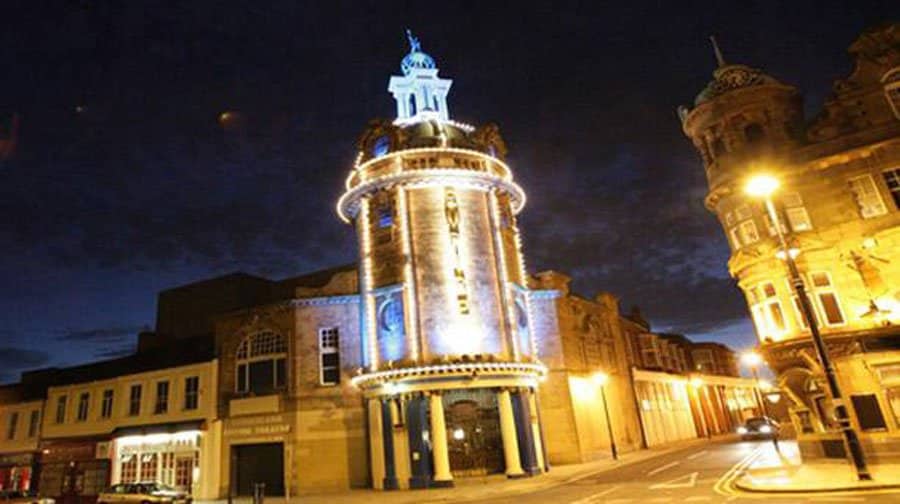 TAITMAIL The arts future is bright – in Sunderland

It’s easy, perhaps even reasonable, to be pessimistic about the future of culture following the ravages of the pandemic.

Yes, some museums and art galleries are re-opening, albeit with limited numbers. Music is being heard, either outdoors or inside with limited audiences as musicians grapple with social distancing measures in an attempt to revive their livelihoods. Some theatres are making valiant attempts to put on work, even if it means having to stream it to digital audiences rather than in an auditorium filled with people.

All of this is a tribute to the endless enthusiasm and infinite creativity of the sector, and yet we know that dark clouds hang over the finances of thousands of arts organisations because of the impact of the coronavirus. The government’s various rescue funds have yet to dispel that nimbus of uncertainty, largely because we do not yet know when - or if - it will ever be possible to bring large groups of people together to enjoy live music, or paintings, or dance or theatre.

So is planning for a post-Covid future possible? They seem to think so in Sunderland, where plans for the cultural revival of the long-neglected city are proceeding apace. Building work on the £18m Music Arts and Culture Quarter is under way again.

It’s centred on Sunderland’s iconic Empire (pictured), built in 1907 and for nearly a century the centre of the city’s artistic and cultural life. But by 2000 the Empire’s star had waned and the neighbourhood was looking forlorn and neglected, until a £4.5m redevelopment allowed it once again to stage large-scale touring productions such as War Horse, Matildaand Wicked.

The success of the Empire made the city council realise that the arts did have some to offer the city’s economy. In 2013, the Music, Arts and Culture Trust (MAC Trust), was set up to lead cultural regeneration, redeveloping historic buildings like the 1907 Fire Station and the award-winning Dun Cow and Peacock pubs. The Fire Station will be a cultural hub and home to a brand-new auditorium, Dance City’s studios and Live Theatre’s LiveTales children’s story writing workshops.

The Peacock won’t just be a music pub with a first floor music venue/performance space, but also a Higher Education facility and community music hub with three recording studios/rehearsal spaces, and home to the Northern Academy of Music Education, which in partnership with Sunderland University will deliver unique, music industry-centric degree programmes. When complete in 2021 the quarter will have spaces for theatre, music and dance and a new auditorium.

How these venues will thrive in the post Covid landscape is not easy to divine, but it’s good to know that those investing in the arts in the city – and they include the Heritage Fund and Arts Council England, Sunderland City Council, the MAC Trust, Sunderland University and a phalanx of private sector players, all of them wrapped up in a consortium called the Sunderland Culture Company - refuse to be deterred from placing culture at the heart of what they want to achieve for the city. As the MAC Trust says, it aims to be not just a provider of arts but a “catalyst, developer and promoter”. It looks like they will carry on doing just that.

But nor is it just about venues, important as they are. Since 2014, Sunderland has also been the site of an important arts intervention in the shape of Cultural Spring. This programme, part of Arts Council England’s Creative People and Places strand, aims squarely at creating cultural and artistic experiences for disadvantaged groups who have historically been unable to take part. Its worked, an initial three-year programme is now into its ninth year, its workshops, large-scale performances and support for community-based arts projects including a Summer Streets festival and a spectacular dance experience in South Shields, hundreds of arts workshops have been garlanded with awards. Cultural Spring was also one of the lead drivers in Sunderland’s ultimately unsuccessful bid to be City of Culture in 2021.

Nor has lockdown prevented the city’s culture team from trying out new ways of bringing the arts to the people of the city. The latest wheeze is Art Crush, a new app being developed as part of the partnership with Arts Council Collection (ACC). The app will showcase works from the collection by Grayson Perry, Tracey Emin, David Hockney, Mona Hatoum and Anish Kapoor, and will be available to download in October.

None of this would be happening if the city’s major players including the university, the MAC trust and the city council hadn’t got together and pooled their resources and, just as importantly, their ideas to create the Sunderland Culture Company. According to the Cultural Cities Inquiry, Sunderland is a model for others to follow not least because it has leveraged money - £25m, according to the inquiry’s researches, which would not have come in without their efforts. “It's transformational” says ACE chair Sir Nicholas Serota.  How transformational it will be we may have to wait to find out. Maybe a longer wait, thanks to Covid 19, but there’s no going back. And that is a comforting thought.