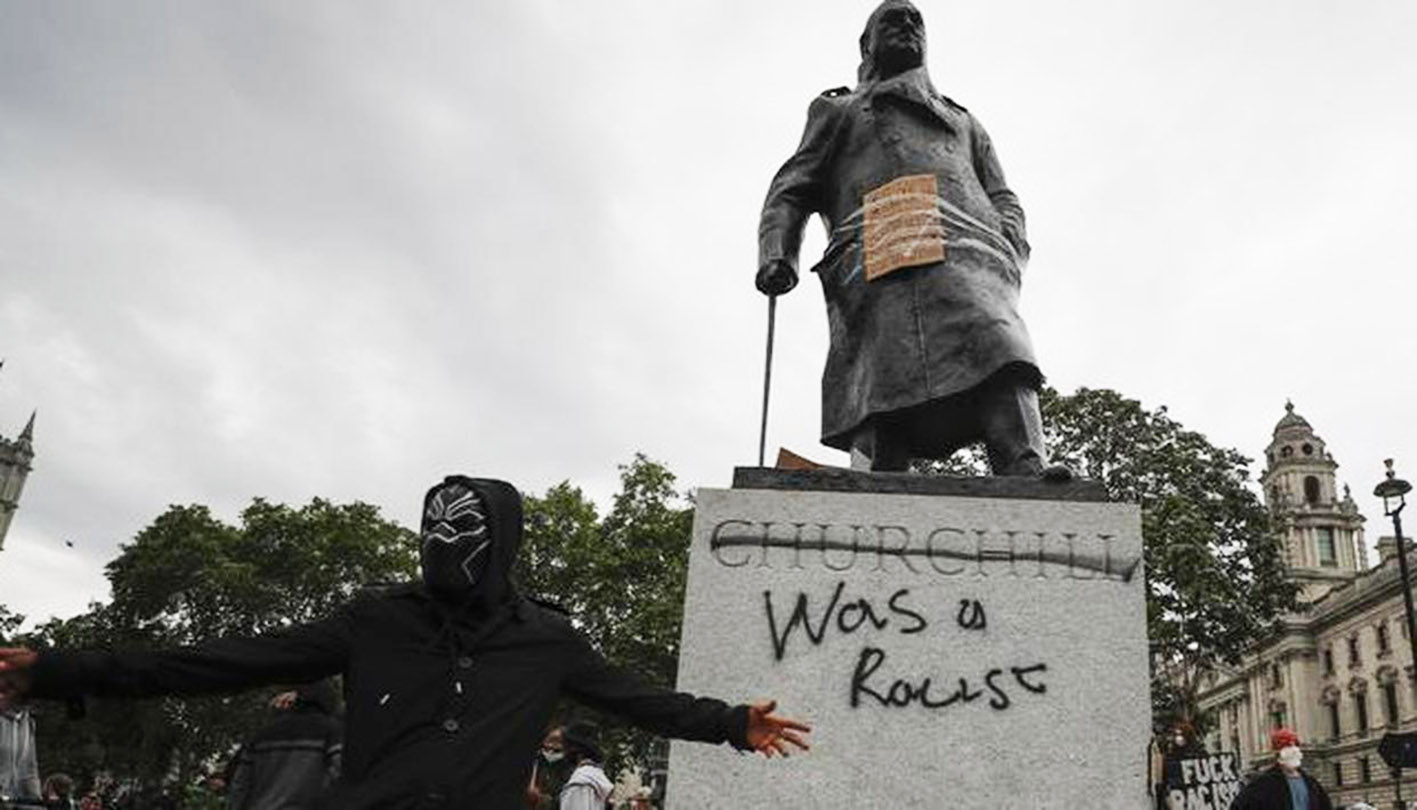 TAITMAIL A finger on the balance of history

The government has it in for museums. AI had to change its report on Boris Johnson’s “roadplan” on Monday three times because it wasn’t clear when museums were to be allowed to open. Not till May 17 is the final word.

“It just doesn’t feel joined up to me… I’m angry” said the Royal Academy’s president. You won’t be able to see the Tracey Emin show there on April 12 because the RA is classified a museum, but you could step across Piccadilly to White Cube and see her work because as a commercial gallery White Cube is a shop, “non-essential retail”, even though the RA is an independent commercial operation that relies heavily on income from its shop – essential retail? Meanwhile, nailbars, zoos and libraries can crank themselves up for after Easter; pubs, theatres, cinemas and museums not until mid-May.

No, it’s not joined up, but in government terms it has an anti-boosterish logic in that it does not want everything opening at the same time, as happened in November with such catastrophic results, and museums just drew the short straw.

It would be as simple as that if there wasn’t already an illogical government campaign against museums and the heritage industry, and this has brought out the worst in at least two Tory ministers presumably acting with the Prime Minister’s approval if not on his instructions.

First the local government minister Robert Jenrick had a go at councils for allowing “the flash mob” to rampage, “ripping down heritage” quite possibly “by the decree of a ‘cultural committee’ of town hall militants and woke worthies”, aided and abetted by Kier Starmer. Jenrick is changing planning laws so that if a council decides to remove a statue it disapproves of he can overrule it. “Our policy in law will be clear” he said: “That we believe in explaining and retaining heritage, not tearing it down”.

Organisations like the Runnymede Trust dismissed this wielding of a sledgehammer as a crass attempt to distract us from the government’s Covid handling – this was mid-January and the 100,000th British victim had just died. It had been seven months since the only actual mob action against a statue, that of the slaver Edward Colsten by supporters of Black Lives Matter (and nobody is suggesting Bristol City Council connived with BLM over it, though the Labour mayor is not committed to returning it to where it stood before). This month the Home Secretary chose to weigh in, calling that demo “dreadful”, but the issue seemed to fizzle out as the Covid news improved.

But now Oliver Dowden has stoked the embers of what is becoming a culture war. On Tuesday the culture secretary decided to summon 25 representatives of the heritage sector - most of them are in receipt of direct grants from DCMS and in October Dowden issued an implied threat to cut funding if they didn’t fall into line - to tell them of his “concern” at the “poor understanding” of Britain’s imperial past.

The government doesn’t like a new focus by historians on slavery and empire that it perceives, inspired by newly spiking institutional racism across the world, and what really stung was the National Trust research into the African, Caribbean and Indian connections of 11 stately homes one of which was Chartwell, Winston Churchill’s own stately home, revealing his part in the 1943 Bengal Famine in which 3m died (he is alleged to have redirected famine relief supplies destined for India, then a colony, to the army). There were fears that those “dreadful” people would have a serious go at Churchill’s Parliament Square statue after someone had painted “racist” on its plinth, which must have been particularly galling for Johnson, a Churchill biographer.

Both sides are accusing the other of trying to change history with the government appealing only for “balance”, but the suspicion is that Johnson and his supporters are anxious to maintain the long-accepted perception of British colonialism – a benign influence on emerging civilisations – without dwelling unduly, or at all, on the less attractive elements of corruption, usurpation and slavery. Their history is a white, male and middle class, history inherited from their post-war baby boomer parents, and they choose not to acknowledge that since their day Britain has changed. Eight million British citizens now come from a Commonwealth background, and museums must, and do, recognise that it’s their history too, even if it’s not in schools’ curriculums. History doesn’t change, the reporting of it does.

“We have to apply a critical approach to all historical subjects - otherwise it's just nationalist myth-making” Kim Wagner, professor of global and imperial history at Queen Mary University, tweeted this week. “It's not that the British Empire was the same as Nazi Germany, but the analogy shows how the insistence on ‘balance’ is essentially aimed at justifying rather than understanding the past... The balance-sheet approach is not a critical approach - the past cannot be reduced to ‘good’ and ‘bad’, or to events that simply instil ‘pride’ or ‘shame'...”

But there are still those beastly statues, most of them devoted to people long forgotten from an age in which morality was more superficial than it is today. As it happens, an interesting exhibition has opened this week that you would be able to visit after April 12, at the Cardi Gallery round the corner from the RA. It’s a retrospective of the Italian artist Paolo Canevari who has an abiding interest in colonialism and globalism, and once made an installation involving a toppled Statue of Liberty signifying the moral collapse of the US.

“For me” Canevari says “monuments have lost value. You don’t need to glorify anything at the moment. I think that glorification comes with a failure of humanity - for me, a bombed building is much more of a monument than another statue. I don’t need a statue in a park to remind me of the value of someone.”

And the result of Tuesday’s “roundtable”? There’s going to be a “working group to produce national guidelines”…