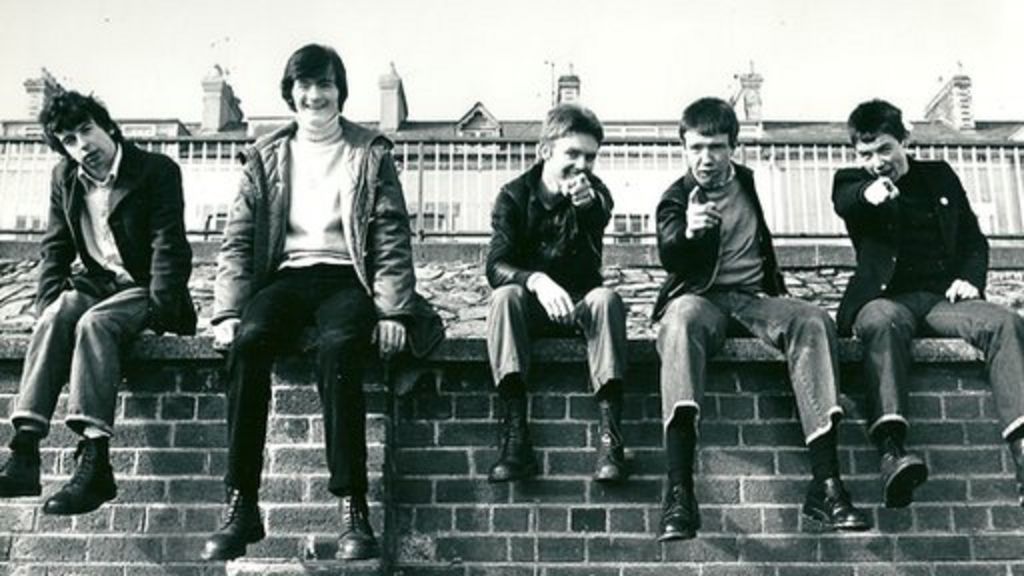 We have heard a lot about culture wars in the UK lately, but the truth is that the “rows” over everything from the displaying of union flags to the dumping of statues is an essentially English argument.

It’s hardly an issue in Scotland or Wales where the existence of a national story parallel to the idea of "Great Britain” has created a cultural hinterland which has mostly satisfied the need for patriotic feeling. Sure, pro- and anti-independence Scots can have a good old ding-dong about flying the Union Jack or the Saltire, but it’s at bottom a political argument, not one that goes to the heart of who the Scots feel they are.

Which may explain what’s happening in Northern Ireland at the moment. You will probably have missed it, but at the beginning of this month the Northern Ireland Office announced its plans for the commemoration of the centenary of the founding of the Northern Irish state. Yes, it's 100 years since the island of Ireland was partitioned after a decade or more of Parliamentary and extra-Parliamentary fighting.

Cabinet minister Brandon Lewis made much of the occasion, but the truth is that the £1m programme announcement was a damp squib amounting to no more than a scattered handful of events and a special post-mark, an international church service and a plan to plant a tree at every school. There will be a concert too – but no names have yet been attached and, ah yes, there will be a centenary rose.

The events are mainly academic and nothing wrong with that, but a handful of senior historians debating the rights and wrongs of the birth of Northern Ireland is unlikely to involve much celebration amongst a population of 1.8m or so.

Some local councils are chipping in. The most ambitious is a weekend of music, comedy and fireworks, a giant picnic and a craft fair in Antrim while others are also offering babies born in 2021 a centenary-themed birth certificate and £500 grants for community groups.  Enniskillen will illuminate its castle in purple, the corporate colour of Fermanagh and Omagh District Council.  Another local council proposing to light up its local landmarks managed to have a row over whether they should be in red, white and blue (the colours of the Union flag) or red and white only (the colours of the Ulster flag).

The sole cultural legacy of this momentous event (unless you count a bust of Northern Ireland’s first prime minister, Sir James Craig) is a mentoring programme for 21 outstanding young artists produced in collaboration with the School of Creative Arts at Queen’s University, Belfast.

Now compare that with what’s happening in the Republic of Ireland, where 1921 is also a significant date in the history of the country. There, the minister of culture announced a £2m investment in a new gallery at the National Museum of Ireland, special funding for all local authorities to support community-led commemorative initiatives, extensive new releases of digitised national and local archival collections, new partnerships with a host of creative organisations and a major new investment in the creation of a massive digital archive of Irish records dating back to the 10th century.

The contrast highlights the significant differences in the two countries’ approach to the past. The republic is a culturally confident nation which has found its feet economically and socially in the early part of the 21st century, after decades of trauma. Its politics, once rooted in the divisions of a 100-year-old civil war, are at last beginning to resemble those of the modern European social democracy which it now is. Its arts and culture sector, at least pre-pandemic, was thriving. Partition and the upheavals of 1921 are part of its history, and even if the myths surrounding its past are busily being debunked, that is part of a lively cultural debate, not an ongoing crisis.

Further north, though, it’s a different picture. The founding of Northern Ireland is still wreathed in controversy and a significant minority, which appears to be growing, would happily consign the entity to the dustbin of history. The low-key commemoration recognises that the nationalist section of the population sees little or nothing to celebrate in the centenary, which wrenched the country apart.

And if it can’t be a celebration, what exactly is the point?

The truth is that the north of Ireland, or the original province of Ulster, does have a story to tell, and it’s one that is distinct from the rest of the island.  From CS Lewis to Snow Patrol, the Undertones (pictured here in their home city of Derry-Londonderry) to the Ulster Orchestra, Van Morrison to Paul Muldoon, Northern Ireland has made an enormous contribution to culture in the English language, contributions which are infused by the unique blend of Scots and Gaelic ancestry which gives the place its special identity. There’s a darn sight more to the culture of Northern Ireland than Orange pipe bands or an evening of craic in the pub.  The real shame is that the 100-year anniversary was incapable of embracing any of this rich seam of talent.

Similarly, English culture does not boil down to Churchill, country houses and pith-helmeted colonials. Indeed, clutching symbols like flags suggests that, like the Loyalists of Northern Ireland, England is losing confidence in its real past, its genuine heritage and its contemporary cultural output. Defending statues rather than history suggests a siege mentality rather than a self-assured, outward looking mindset.

If Global Britain is to mean anything, then the UK’s contemporary cultural production should be at the heart of it. Now, that’s a cultural battle worth fighting.