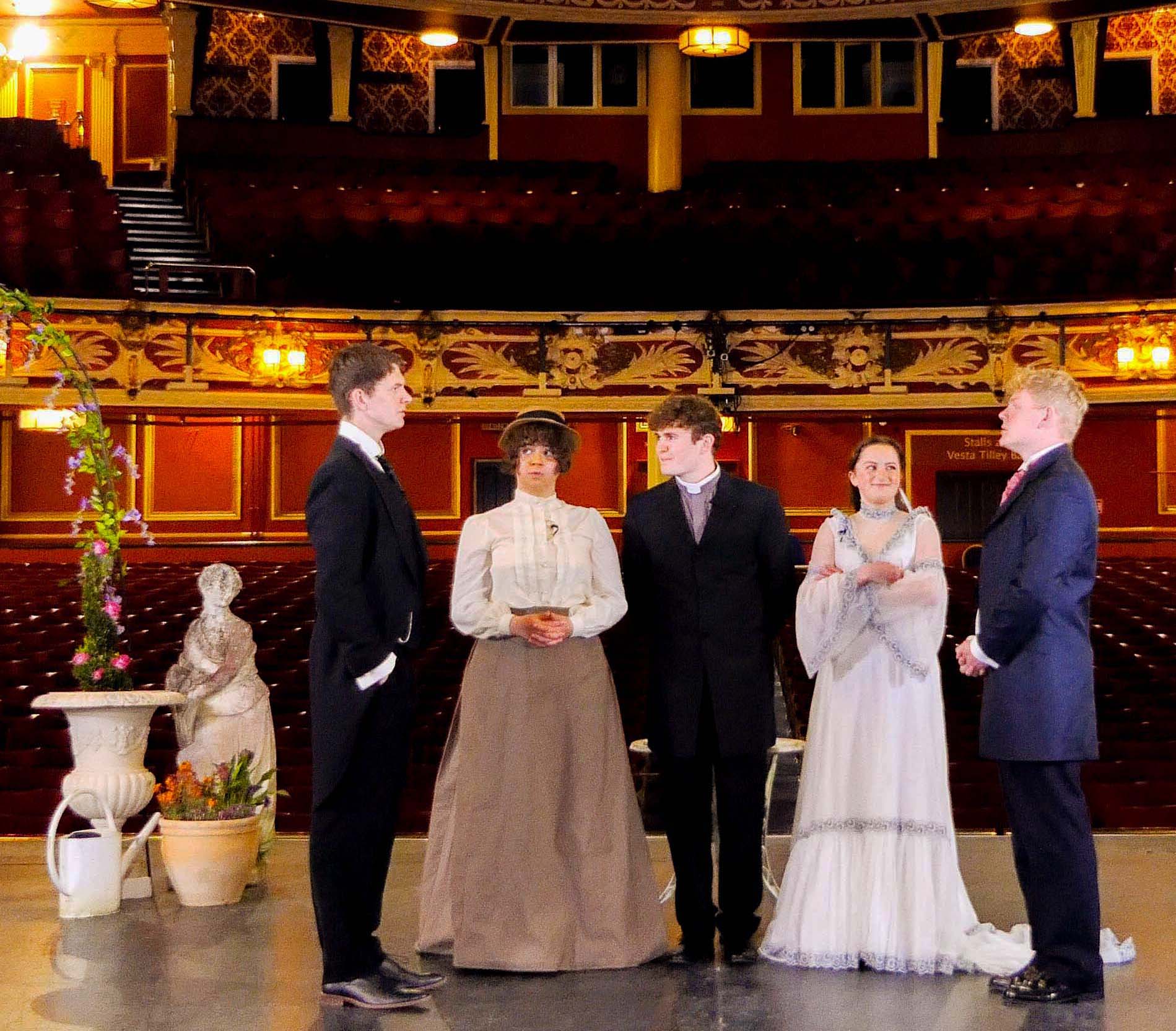 Being aware of the unbelievable hardship that has oppressed the theatre sector these long, long 15 months makes stories of triumphing endeavour by practitioners of all sorts all the more astonishing.

As venues that have geared everything, people, money, audiences, to reopen with a massive sigh of relief last Monday then to have to put the whole operation on hold yet again making it, the dreariest Midsummer’s Day ever, two stories emerge which actually lift spirits when they have no right to be lifted.

As of June 25 you can buy tickets for a unique and idiosyncratic production of Oscar Wilde’s The Importance of Being Earnest, a production conceived entirely to raise money for those working in the industry, an amateur production that defies the adjective, which really shouldn’t have happened at all and almost didn’t. Whatever they make will go to the group of charities that have come together as Acting for Others, adding to the £3.5m+ they have already raised, to help largely freelancers in the business to keep their chins above the water. It runs online from July 2 to July 16 and you can book at https://www.stream.theatre/season/151.

They are all students, 45 in all, studying everything except drama, from Eng Lit to marine biology, and most will pursue untheatrical postgraduate careers.

But they are members of the Newcastle University Theatre Society. Ten months ago they got together and decided to try to make the idea of one of them, Adam Kinneen. He saw something of the adversity imposed on play-makers by Covid in Wilde’s own story from his meteoric rise to his catastrophic downfall. Kinneen, who directs, has written extra bits to fill the intervals, with a role for Wilde himself (played by the venture’s producer Leo MacNeill). “I couldn’t think of anyone better than Wilde to represent why we must protect and preserve the UK’s entertainment industry and all the creatives that form a part of it” Kinneen said

Costs, of course, had to be kept to a minimum and they found the £4,000 they absolutely needed for set and costumes themselves, with a bit of help from a university charity, believing that “the idea and the execution of the production is strong enough to raise a huge amount of money for Acting for Others”.

They believed it strongly enough to persuade ATG to let them perform on the stage of the closed 2,000-seat Sunderland Empire, but with each new delay and each new set of restrictions the thing looked doomed again and again. They were also still students, many of them in their final year, so that one cast member had to have his final viva in his dressing room 20 minutes before his call.

The second story is about another theatre company, not amateur but very much community, called SPID (mercifully reduced from Social Political Innovative Direct) Theatre, set in council housing in Ladbroke Grove, but not just any council housing.

Kensal House, now listed, was built in 1936 and designed by the modernist Maxwell Fry and funded as a gleaming white social experiment by the Gas Light & Coke Company, that had had gasholders on the site (the footprint of one of which became a playground). None of the 68 flats had electricity, but they did have gas-powered irons. As well as elegant apartments designed with all bedrooms on the eastern side to get the morning sun in the bedroom in the morning, the 380 inhabitants, who included 244 children, had a community centre, communal laundry, canteen and nursery school.

Kensal House survives, but not like that. In-filling and rearrangements like removing french windows have made them more cramped and darker than they were meant to be, and there are cracked and rusting pipes, damp concrete, badly-installed showers, deteriorated waterproofing and screed and leaking vents. The nursery has become a home for a special needs charity, and the community space is now the theatre.

SPID, which creates drama from council life, has been here for 15 years and for all that time has been using its play-making to campaign to get the flats up-graded. Kensal House is now under the auspices of the Royal Borough of Kensington and Chelsea which you might think has had its in tray full of the problems of another estate a couple of hundred yards away, Grenfell House. Before and after the cataclysm that happened there four years ago – the subject of SPID’s The Burning Tower which has been touring the country - RBKC had been digging their heels in about repairing Kensal House, but last week it had relented and council workers were at last on the site.

It might have been the Grenfell backlash that persuaded the richest borough in the country to find the means to do its duty by its Kensal rent-payers, it might have been the patience of the Kensal House Residents Association or the nagging of a couple of opposition councillors, but it might also have been the fact that SPID has managed to raise £2.4m to make its own contribution to improving the listed building, money that could have been withdrawn by the donors as delay followed delay.

But they stuck by the campaign and thanks to SPID there’s going to be a new lift and a sloping corridor to bring inclusive access; ancient and dangerous electrics are being replaced and heritage features reinstated; a new storage entrance, cameras, gates and fencing will improve hygiene and security; and the theatre’s backstage area will be newly equipped for free drama, heritage, filmmaking, homework clubs, and mentoring. “As communities continue to fight for the most basic of standards, we hope that the powerful stories and history we share will inspire housing justice nationwide” said SPID’s artistic director Helen Thompson. “A safe home is a human right. Social housing’s heritage belongs to everyone”. And having a theatre at home helps.